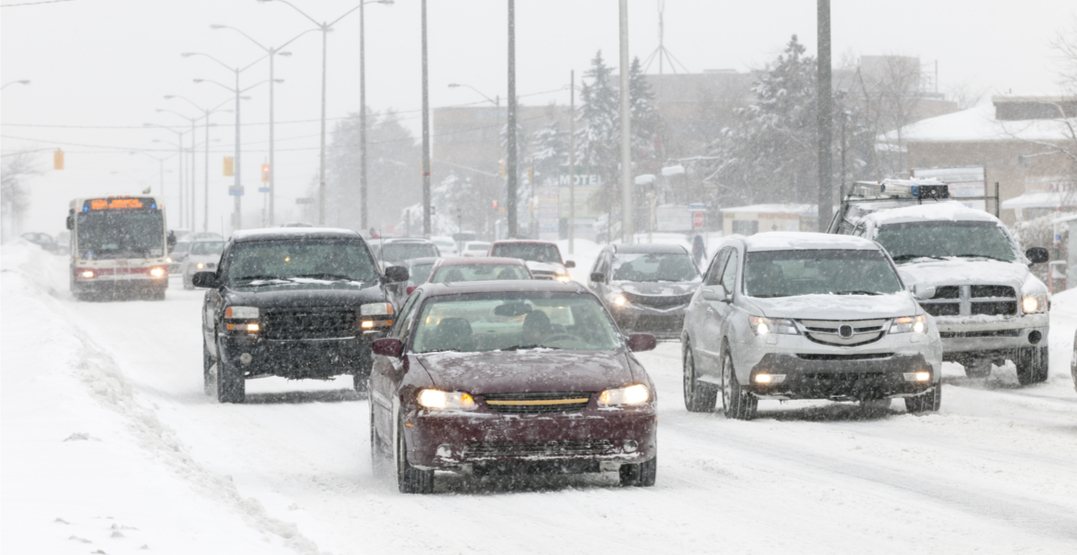 With snow comes the challenge of winter driving. And every winter, drivers have the option to switch to winter tires. And it’s just that, an option.

On any average winter day, the CAA says it dispatches service to approximately 3,000 members. But during a snowstorm, the number of service calls often doubles. And usually when temperatures drip to 7°C or below, as it has been this week in Toronto, CAA recommends winter tires be installed.

“Many people think winter tires are only important when driving in snowy or icy conditions but they also help with handling, manoeuvrability and braking in cold weather,” said Kaitlynn Furse, public relations manager, CAA SCO, in a release. “Preparing now means fewer surprises during the winter months.”

According to the Ontario Government, putting winter tires on your vehicle improves traction and control in frost, snow and icy conditions, and it also shortens braking distances by as much as 25%.

But there’s no such law or legislation in Ontario, although the City of Toronto mandates snow tires are for taxis from December 1st to March 15 every year, and a similar requirement exists for Uber drivers in Toronto.

Regardless of legislation, it seems like Canadians across the nation are increasingly choosing the option of using winter tires. 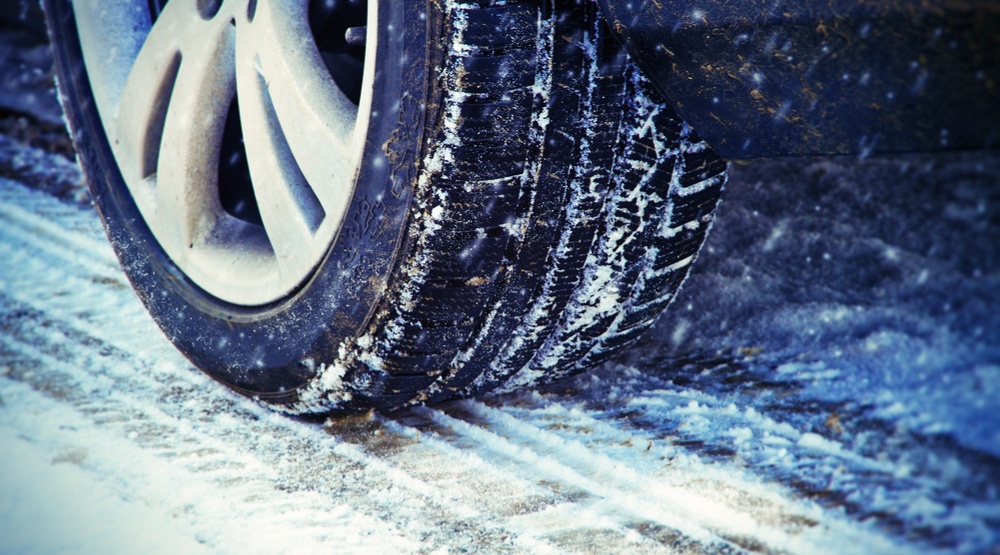 Based on the Tire and Rubber Association of Canada (TRAC) 2016 national survey, snow tire utilization has nearly doubled since 1998. At that time, 35% of Canadian drivers used winter tires, and by 2016, national usage had grown to 67.9%.

Meanwhile, a CAA survey showed that about two-thirds of members in South Central Ontario have purchased winter tires for their vehicles this year. And close to 90% have them installed between late October to late November, which is around the time snow starts falling in the province.

However, a survey from Bridgestone Canada discovered that while more than 50% of Ontarians are planning to install winter tires this season, only 7% already have them installed (compared to 11% of Canadians in total).

According to the same survey, 27% of Ontario residents say they don’t plan on installing winter tires this year at all. That said, 79% of Ontarians surveyed admitted that they drive more cautiously in winter weather, making them the most cautious winter drivers in the country.

The Ontario Safety League believes that public awareness and understanding of the value of winter tires is making a difference, adding that they have seen uptake in winter tires every year over the past three years.

“We know the education is working well,” said Brian Patterson, President & CEO of the Ontario Safety League. Patterson also said that if winter tires are mandatory, drivers may not understand the value.

“From our perspective if we take the last five years, we have seen people come to realization that winter tires are what they need, and we now have incentives from insurance companies,” he said. 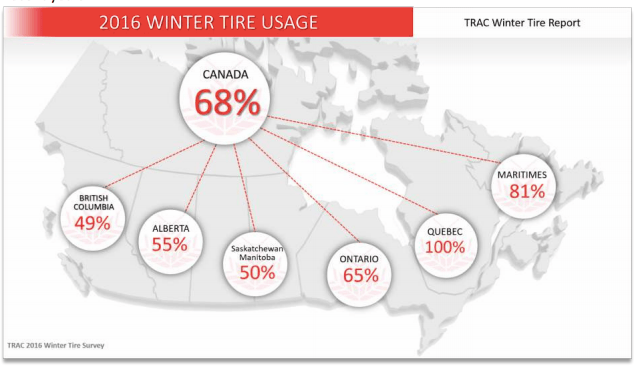 In January 2016, the government of Ontario implemented legislation that requires all insurance providers to reduce auto insurance premiums to drivers who have four winter tires installed on their vehicles. A bonus, since the cost of winter tires are high, with some going as high as $120 per tire.

TRAC pointed out that while there is a surge in the adoption of winter tires by Canadian drivers, their survey also showed that 30% of all drivers do not own winter tires. Among those that reported not needing winter tires, 23% cited the cost as the reason, and 48% said that all-season tires are “good enough” for winter driving.

But that’s really not the case. All-season tires are primarily designed for driving conditions above 7°C, according to TRAC. “TRAC takes the position that winter tires are a far superior option because the traction and braking capabilities of a tire designed specifically for winter far exceeds that of an all-season tire,” said Barry Yutronkie, Director of Operations, TRAC.

So yes, perhaps it isn’t a law to have snow tires in Ontario this season, but with winter storms already in the forecast, putting them on your car is definitely the smart choice.

Last year, during one of the province’s first major snowfalls, there were 500 collisions in the GTA in one day alone. Later in December, 70 collisions took place in just a two hour period on a particularly wintery day.

And while it’s impossible to say how many of these accidents might have been avoided had every driver been using snow tires, the data seems to suggest that it would have been less.

So for safety’s sake, it seems it’s about time Ontario did more regarding accessibility and affordability of winter tires, in order to help make snow tires mandatory.