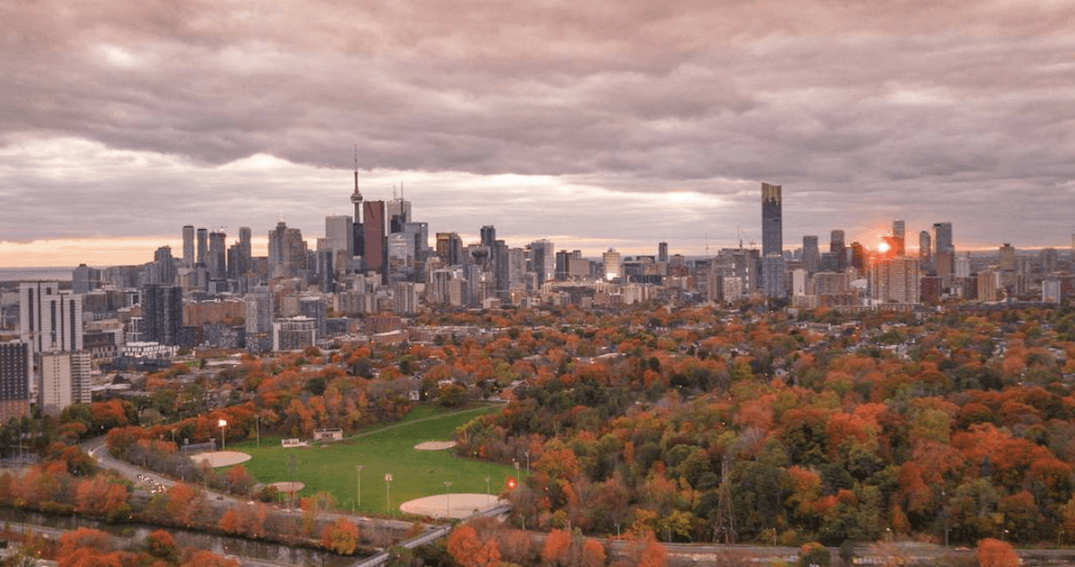 And if you happen to have zero plans, you’re in luck as there are countless incredible events happening all weekend long.

From Remembrance Day Ceremonies to a massive designer shoe sale, here are the top weekend events from November 10 to 12.

What: Toronto is invited to join Crown Royal at the LCBO Whisky Shop Pop-up downtown at King & Portland in November for an immersive Canadian whiskey experience. The best part? It’s not only free, but it’s also the perfect place to get a head start on your holiday shopping.

When: Now until November 11
Where: King and Portland

When: Now until November 12
Where: Markham Fairgrounds, 10801 McCowan Road

When: Now until November 12
Where: Various venues

What: Get into the Halloween spirit by catching one the ten most terrifying films of all time at the AGO. This special event is part of the AGO’s creepiest new exhibit, Guillermo del Toro: At Home With Monsters, and will also have special horror film screenings running until December. This weekend’s film is Rosemary’s Baby.

What: The Movember Foundation is excited to celebrate its highs, lows, its biggest successes, its most impactful stories and most of all, its amazing Mo Community this month. On November 10, you’re invited to attend the Movember Foundation’s 10th birthday party which will be filled with food, games, prizes and a lot of FUN.

What: Rated R Clothing is launching their own line of Movember gear, and you can check the collection out at the brand’s Movember pop-up this month. Molsen Canadian will be on site giving away mustache and Movember accessories and gear.

What: It’s time for girl power for a good cause! We’re talking glitter and transfer tattoos, lip-sync battles, dance-offs, live roller skating, a full Spice Girls soundtrack and a dressing up bin in case you want to channel your fave Spice Girl. Proceeds raised will go towards Because I am a Girl Canada.

What: Network and clink cocktails among dinosaur bones when the ROM’s weekly Friday night party series returns. This week’s party will celebrate all heroes, both real and mythical.

When: November 10
Where: The Royal Ontario Museum, 100 Queen’s Park

When: November 10 to 13
Where: Most events are at the Hockey Hall of Fame, 30 Yonge Street

When: November 10 to 19
Where: Four Seasons Centre for the Performing Arts, 145 Queen Street West

When: November 10 & 11
Where: Various venues throughout the city

What: The Toronto Indie Horror Fest will be wrapping up this weekend! But you can expect a jam-packed weekend of feature and short films. Titles include The Candle, Mother’s Krampus, Unhinged, Rewind, and more.

When: November 10 to 12
Where: Canadian National Exhibition grounds, 39 Manitoba Drive

When: November 10 to 12
Where: Canadian National Exhibition grounds, 39 Manitoba Drive

When: November 10 to 12
Where: Hashtag Gallery, 830 Dundas Street West

What: On Saturday, November 11, City of Toronto ceremonies will be taking place at Old City Hall and each of the Civic Centres across Toronto, as well as at Fort York.

What: Hayden and Sam Roberts will grace the stage at Massey Hall for the fourth annual Dream Serenade show to raise funds for Toronto’s Beverley Street School. The lineup also features Sloan and Hannah Georgas.

What: Giving the gift of green this holiday season is easier than you think. Especially considering you can attend this free eco lifestyle market featuring 45 of Toronto’s finest local, handcrafted, sustainable, eco- friendly and wellness goods vendors.

What: Toronto’s premiere experience app Jukebox will be hosting its monthly Sunday Funday installation on November 12, with this month’s party focusing on Movember. Grab your bros and perfect your Mos, this is one party you won’t want to miss.