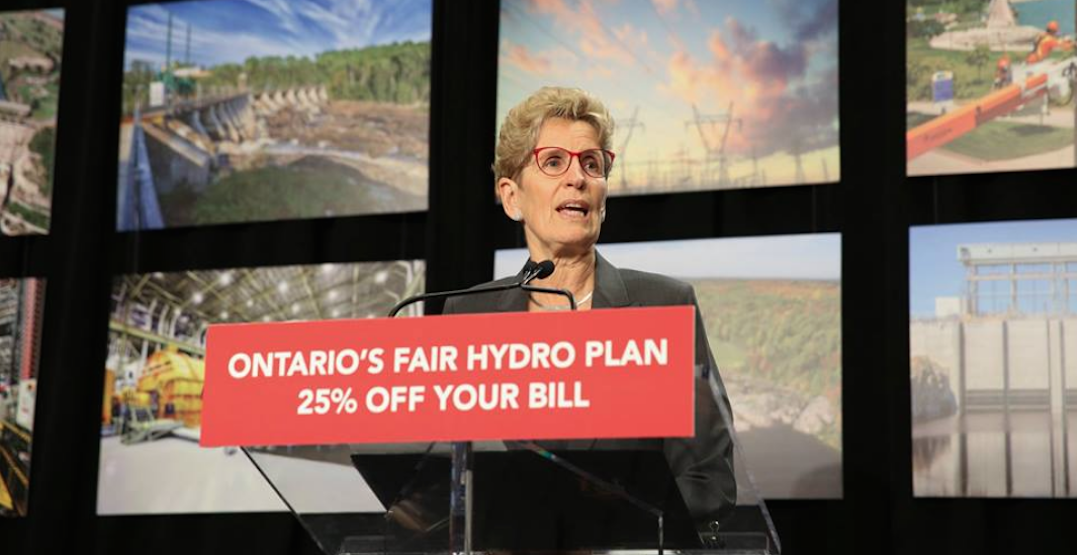 That has got to hurt.

Ontario Premier Kathleen Wynne has come in last place for favourability, according to a recently released study from the Angus Reid Institute.

With only a 19% approval rating, Wynne falls just short of one in five respondents approving of her and the job she’s been doing. 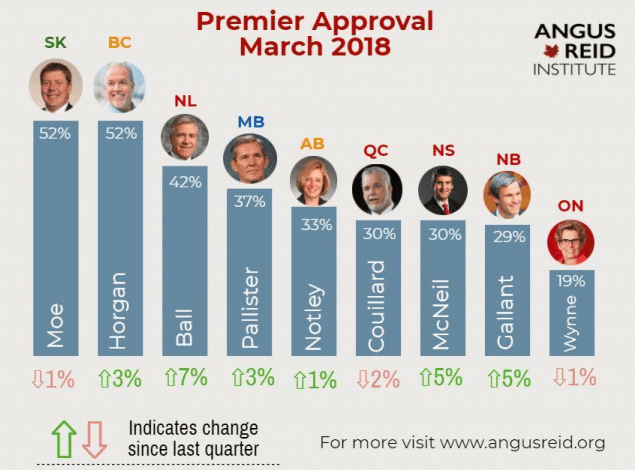 Wynne started out strong when she was first elected back in 2013, though her approval steadily decreased throughout 2015 and 2016.

Even though she is only at 19% right now, it is still not the lowest she has ever been, having received the approval of only 12% of respondents when the same survey was conducted back in March 2017.

…So this month’s survey is technically an improvement for Wynne, in a way. 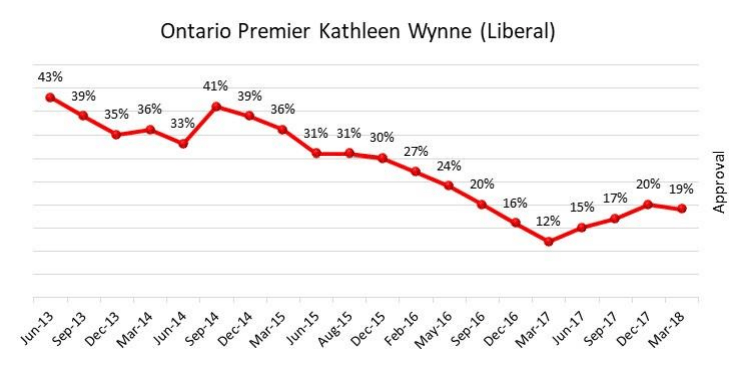 Looking at the other side of the spectrum, British Columbia’s John Horgan and Saskatchewan’s Scott Moe are tied for first spot at 52%, with both having been freshly elected within the past year. 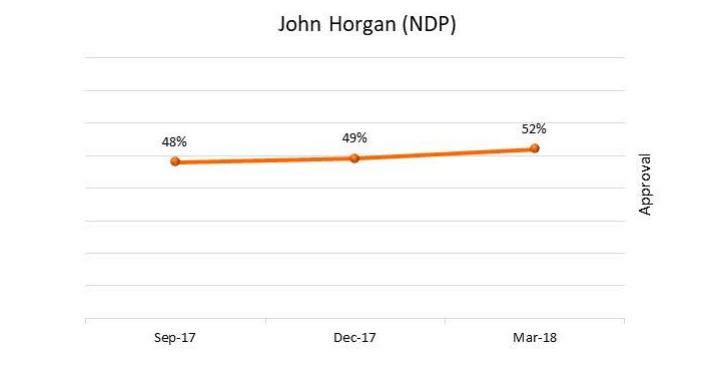 The two may want to take these numbers with a grain of salt, however, as the general trend shows a decrease in approval within the first year of premiership – something that Prime Minister Justin Trudeau may be all too aware of, as his own approval dipped below the majority for the first time ever in a survey released earlier this week.