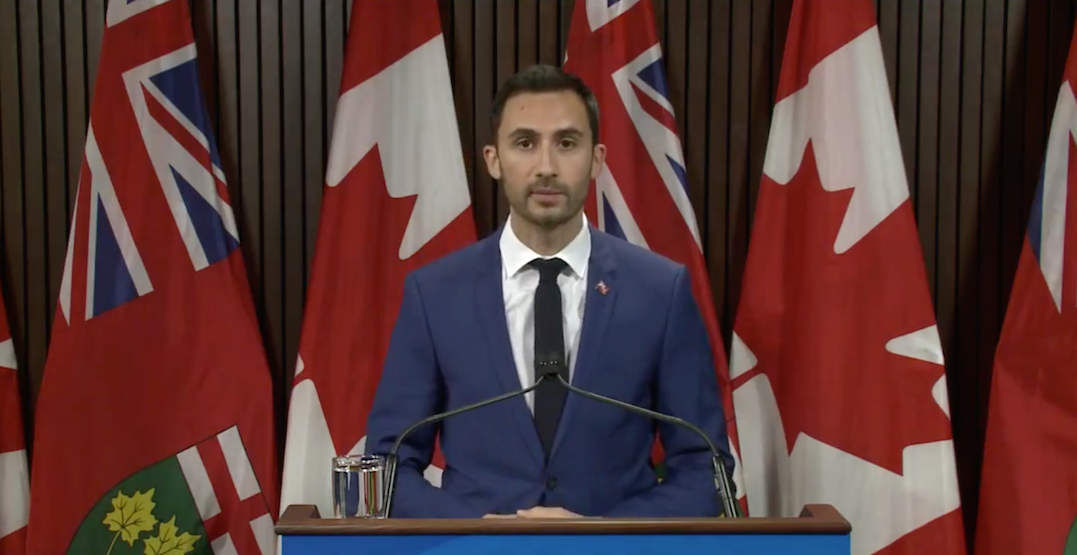 The Province of Ontario has offered to pay parents if strike actions close schools or school-based childcare centres, Minister of Education Stephen Lecce announced on Wednesday.

If schools close, parents could be offered a payout ranging from $25 to $60, depending on the age of their child.

Today, the Honourable Stephen Lecce, Minister of Education, announced the government’s plan to offer parents up to $60 per day if strike actions close schools or school-based child care centres.

The plan is meant to aid parents in the event of a full withdrawal of services, as they would be required to make alternative arrangements for their children during the school day. A strike may also impact the operation of child care centres located inside schools, forcing them to close.

To address these potential realities, the Ministry of Education launched its Support for Parents initiative to make alternate arrangements more accessible for impacted families. It will also provide support to parents who are facing increased costs.

The program means that financial support will be provided to parents for each day of school or child care that a child misses due to labour disruption.

Eligible parents of children up to age 12 (Grade 7), or up to age 21 for children and youth with special needs, in a publicly funded school, qualify for:

Additionally, funding will be retroactive for qualifying parents to cover costs already incurred due to labour disruptions on account of the current 2019-20 labour negotiations.

“Our aim has always been to reach a negotiated settlement that keeps kids in class, which we have done successfully with multiple labour partners to date,” said Minister Lecce in a release.

“We recognize the impact of union escalation on families is real, and unions expect hard-working families to bear the costs of their cyclical labour action. While unions impose hardship on families and students, our government is taking proactive steps to ensure students remain cared for — and families supported — in the event that unions decide to further escalate job action in their fight for enhanced compensation and other demands. The contrast could not be clearer.”

More details about this financial support can be found by visiting this website or by calling the Support for Parents Helpline at 888-444-3770.