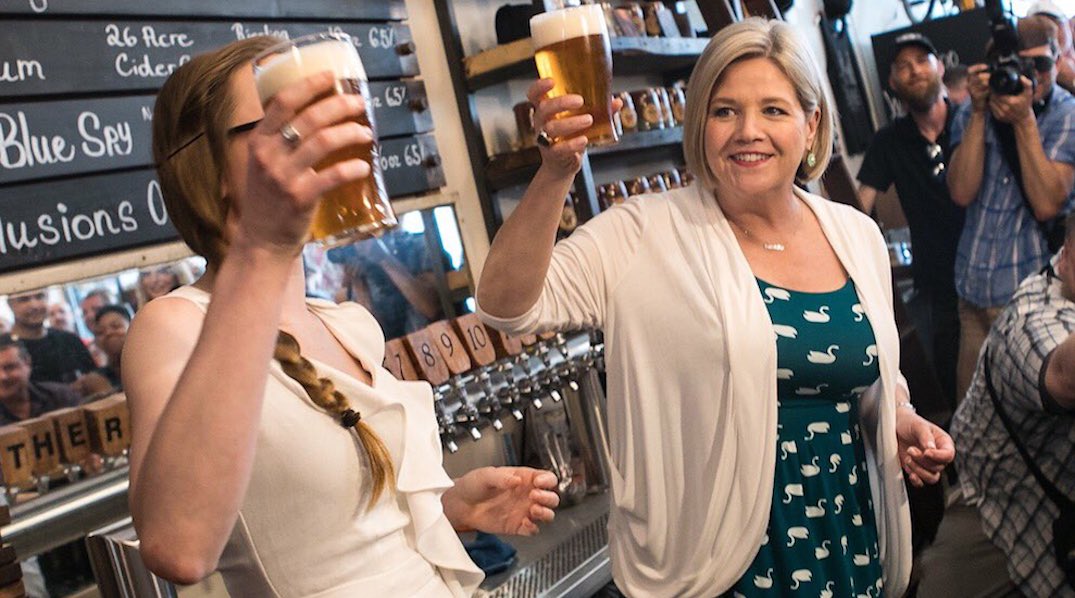 With less than 10 days left until the Ontario Election, the NDP has shown a surge in voters, slightly passing the PCs, in a recent poll.

The new Mainstreet Research poll surveyed 1682 Ontarians on May 26 and 27, before the Ontario Leaders’ Debate on Sunday night.

“It’s official – Doug Ford has blown the large lead he had in March and the Ontario election is a competitive affair,” said Quito Maggi, President and CEO of Mainstreet Research. “The question facing Ontarians is whether Ford or Andrea Horwath will get the keys to government for the next four years.” 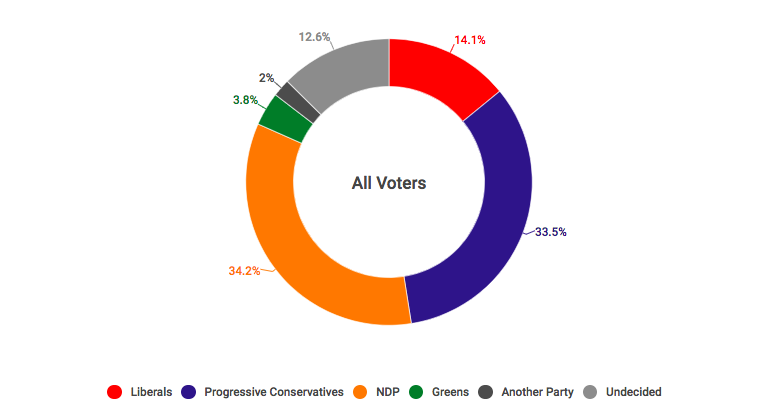 “Given where the Liberals are at in terms of popular support, it is looking more and more likely that Ontario will elect a majority government – the only question is whether it’s the PCs or the NDP that will form it”, said Maggi. “It is doubtful that the Liberals will win more than a handful of seats which very much narrows the path for a minority government.”

The poll shows the NDP lead the PCs in Toronto, South Central Ontario, Southwestern Ontario, and the North. The PCs have significant leads in Eastern Ontario and in the seat-rich GTA.

Mainstream Poll suggests that the NDP would need to go up another three points to win.

“Otherwise, Horwath could find herself winning the popular vote but in opposition,” Maggi said.

The poll found a significant age divide among voters, which could be trouble for Doug Ford and the PCs.

The PCs are well behind the NDP among voters between 18 and 34, which is the largest voting bloc in Ontario but also the least likely to vote.

“The NDP are very competitive among voters over the age of 65, who are the most likely to vote, and also lead among voters aged 36 to 49,” said Maggi.

“If these trends continue, the NDP can well win the election without the millennial vote coming out to vote in droves.”