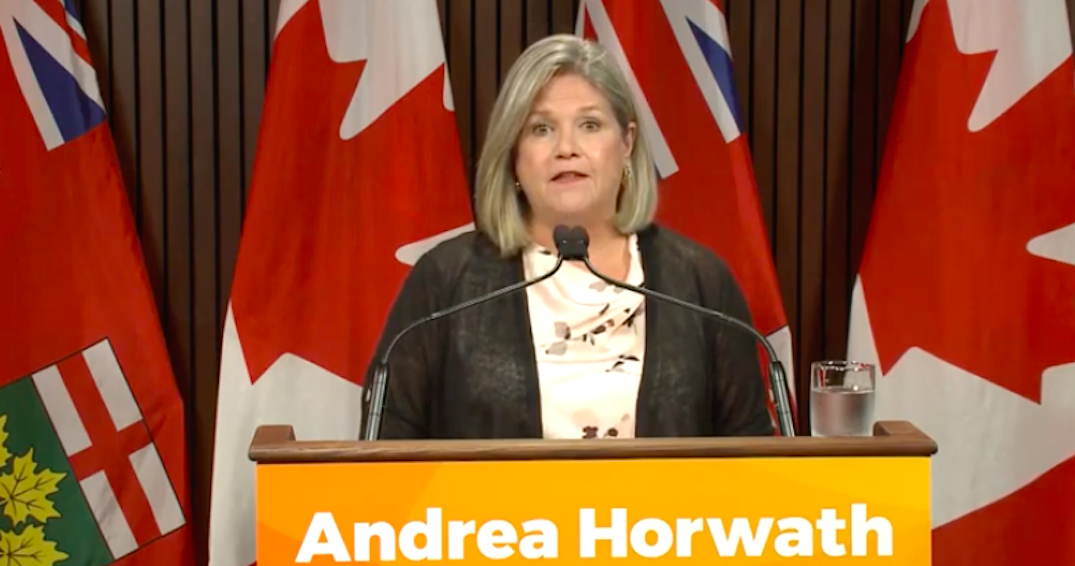 Ontario’s NDP party is ramping up its campaigning ahead of the 2022 election with a minimum wage announcement.

The party’s leader, Andrea Horwath, has committed to raising minimum wage to $20 per hour in her first term if elected premier.

“Whether you are stocking grocery store shelves or cleaning a hospital, you deserve respect. All workers deserve respect. Respect is not just saying thank you and calling someone a hero. Respect means paying people a wage that pays the bills,” Horwath said in a statement.

The statement said that if elected, the NDP would steadily increase minimum wage throughout Horwath’s term. The $20 minimum wage would be reached by May 2026.

The Ontario Federation of Labour applauded the announcement.

“A clear and concrete path to a $20 minimum wage is a critical measure to help people keep up with rising costs and raise the floor for all workers. Too many working people are struggling to make ends meet. From the rising cost of groceries to housing, to child care – too many workers just can’t keep up, let alone think about saving for the future,” Ontario Federation of Labour President Patty Coates said in a statement.

In the statement, the Ontario Federation of Labour added that they endorse the commitment from Horwath.

“Today’s announcement shows Ontario workers that we can win a $20 minimum wage and decent work in this province,” said Coates. “We will keep fighting until we make it a reality.”

Here is a look at the Ontario NDP’s and Horwath’s wage increase schedule: