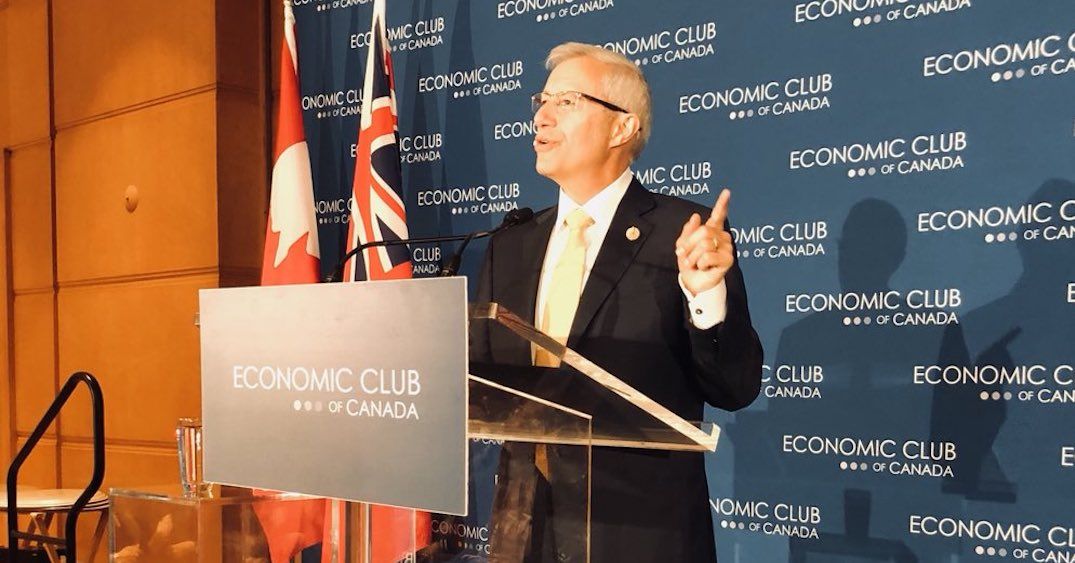 Ontario’s Minister of Finance says that the provincial government under Kathleen Wynne has left a $15 billion deficit.

According to the province, the findings were made in a report from Ontario’s Independent Financial Commission of Inquiry.

With the findings of the Commission accounted for, the Public Accounts show that, contrary to the previous government’s claims of a balanced budget, Ontario actually ran a $3.7 billion deficit in 2017-18.

And the Commission confirmed earlier findings from Ontario’s Auditor General that the previous government’s budget numbers were “not a reasonable presentation of Ontario’s finances.”

“Only when the Government of Ontario truly accounts for its real deficit position can we begin to put the province back on a path to balanced fiscal sustainability,” said Finance Minister Vic Fedeli. “This is why we are so quick to accept the Commission of Inquiry’s recommendations and work, in good faith, with the Auditor General on solutions.”

The provincial government said that the ministers confirmed Ontario’s Auditor General has provided a clean opinion on the 2017-2018 Public Accounts, the “first time in three years she has been able to do so.”

Peter Bethlenfalvy, President of the Treasury Board, said that with the Independent Financial Commission of Inquiry and the release of the 2017-18 Public Accounts, the line-by-line review would “leave no stone unturned.”

“We are getting to the bottom of the previous government’s record of waste and mismanagement,” he said. “The work ahead will be difficult, but the proper management of public finances is a moral imperative that can no longer be ignored.”

Earlier this year, Doug Ford’s PCs announced they would be creating an Independent Financial Commission of Inquiry into the past government’s spending and accounting practices.

According to the province, the action is to “restore the public’s confidence in Ontario’s books,” and it would be lead by former BC Premier Gordon Campbell.