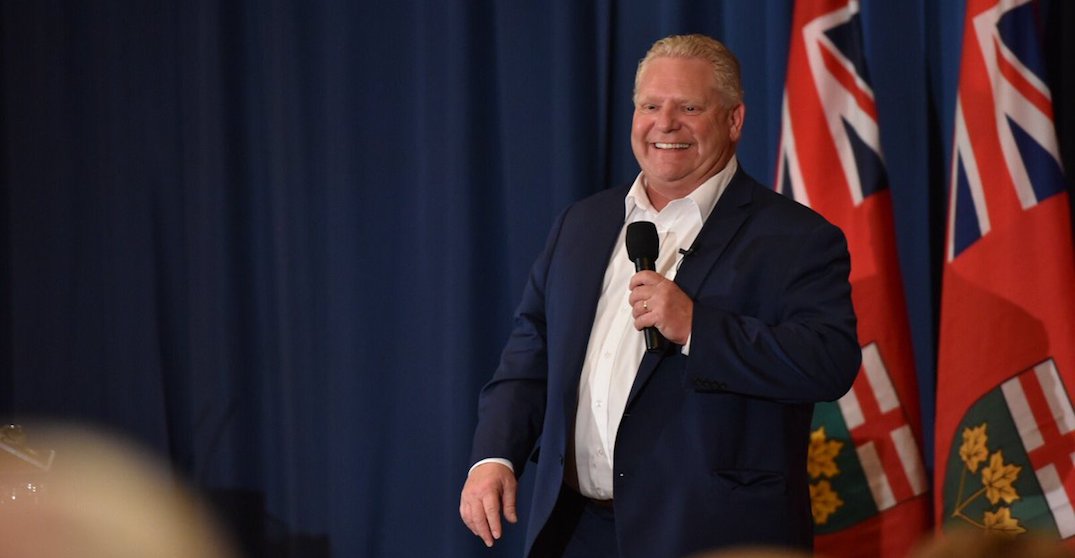 Doug Ford’s PCs announced they will be creating an Independent Financial Commission of Inquiry into the past government’s spending and accounting practices.

According to the province, the action is to “restore the public’s confidence in Ontario’s books,” and it will be lead by former BC Premier Gordon Campbell.

“I want the people to have a full, honest and accurate picture of Ontario’s finances,” Ford said in a statement. “You deserve to know where your hard-earned money is going, how it was being wasted and how we’re going to fix it.”

The province said that the inquiry will be authorized under the Public Inquiries Act to assess the previous government’s accounting practices, and to provide advice and recommendations on how the government can restore trust in Ontario’s finances.

Ford also announced a public request for bids for outside experts to perform a “line-by-line” audit of all government programs and services.

The audit will include public consultations, and is said to provide the government with a detailed analysis of current spending, benchmark this against other jurisdictions and recommend areas that can be improved.

Peter Bethlenfalvy, President of the Treasury Board, said the audit will examine the entire broader public service.

“I promised the people of Ontario that we would put an end to the party with your money,” Ford said. “With this decisive action, that is exactly what we are doing. Promise made, promise kept.”