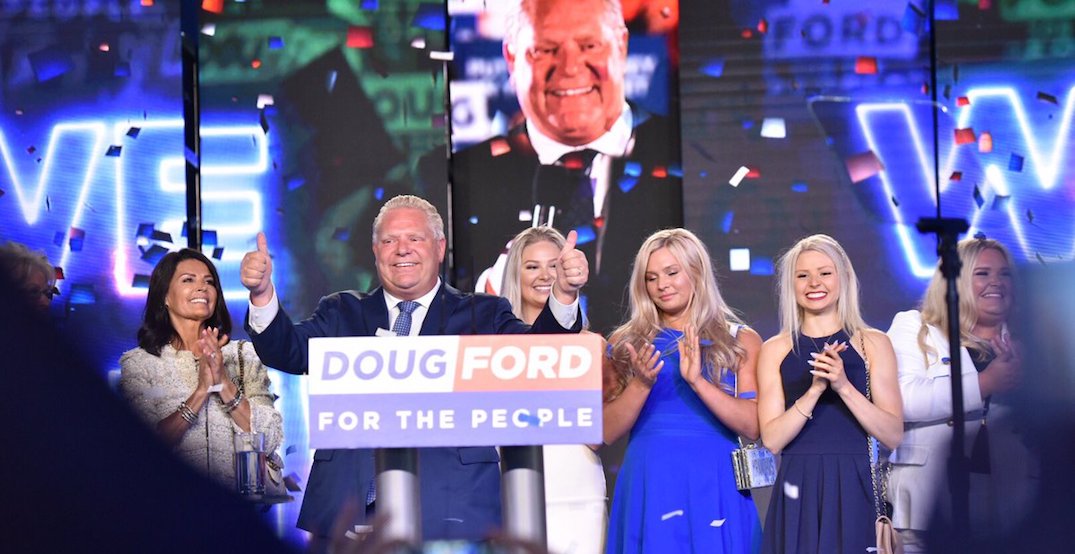 Last night, after a six-week campaign, the 2018 Ontario Election resulted in Doug Ford being elected Premier and his PC government winning a majority government.

It marks the first time since 2003 that the leader of the province will not be a Liberal.

Here is everything you need to know about what happened during yesterday’s election, and the aftermath that continues into today.

Advanced voter turnout was up nearly 20% since the last election.

A PC majority was projected less than 20 minutes after polls closed.

Ford thanked his “friends” for the win, saying it belongs to the people.

How Ontario reacted to Ford’s win

“Ontario is open for business!”

The Green Party wins its first ever seat in Ontario.

Despite winning her seat, former Liberal Premier Kathleen Wynne has stepped down.

In order to be recognized, parties must have 8 seats or more.

More people voted in this Ontario Election than any since 1999.