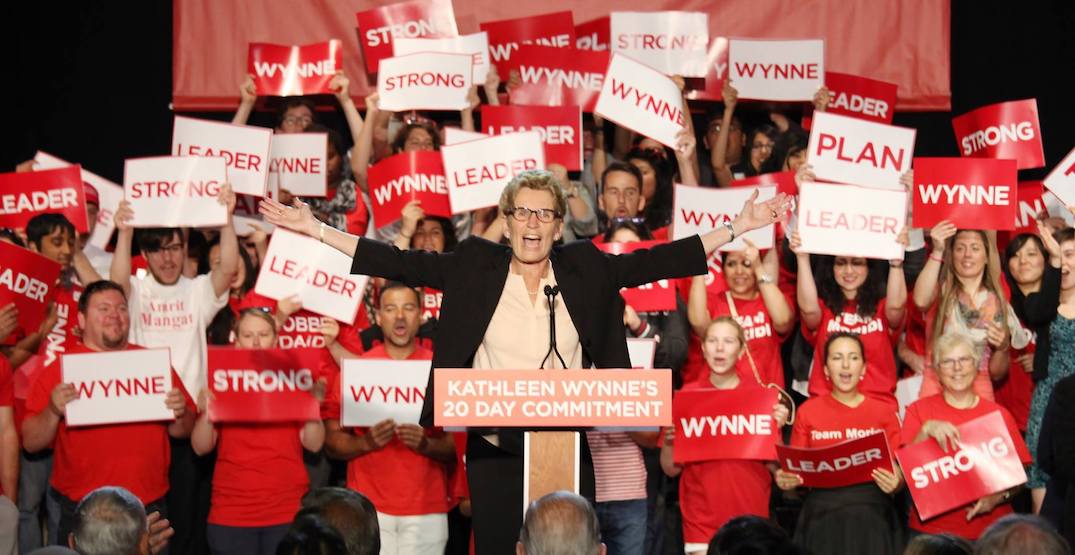 Wynne after winning the election in 2014 (Kathleen Wynne/Facebook)

While 58% of eligible voters cast ballots in Ontario election, the highest number since 1999, many voters seemed to want the Ontario Liberals out.

In fact, only 19% of voters wanted a Liberal government again, according to Elections Ontario.

And after all ballots were in, the Ontario Liberals officially lost their party recognition in the House of Commons, winning only 7 seats.

In order to be recognized, parties must have 8 seats or more.

This means, moving forward over the next four years, the Liberals will be given the chance to speak at the House with independent members, only after recognized parties have participated in debates.

Even before the election results were confirmed, Kathleen Wynne resigned as party leader.

On Friday, Ontario Liberal Party president Brian Johns said they would be “rebuilding.”

“Last night, Ontario voters delivered our party a clear and tough message,” said Johns in a statement. “I’m sure that many of you woke up feeling heavy hearted this morning. I did too.”

Johns thanked the people of Ontario for “giving our party the privilege of serving in government for the last 15 years.”

He thanked Wynne for her leadership, vision, and commitment.

“Last night was a loud and clear message from voters,” said Johns. “I look forward to connecting with you, as well as people across the province, as this morning we begin the work of rebuilding and renewing our party.”