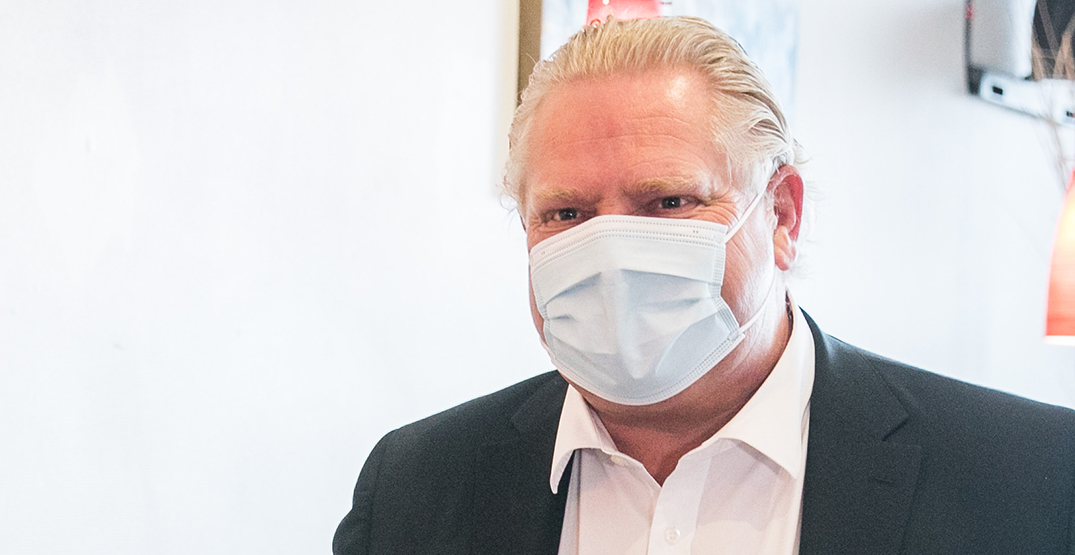 Ontario’s top doctor cancelled his regular COVID-19 update Tuesday afternoon while government officials continue to work on their plan for a province-wide proof of vaccination system.

This is the first time the government has confirmed it’s developing a vaccine passport.

“In light of the government’s ongoing work on a proof of vaccination certificate, Dr. [Kieran] Moore’s regularly scheduled briefing is not proceeding today at his request,” Ministry of Health spokesperson Alexandra Hilkene told Daily Hive by email.

The government has faced calls from businesses, health experts, and even the prime minister to implement a system requiring vaccination to participate in recreational activities.

But until this week, Premier Doug Ford and Health Minister Christine Elliott had said such a system is unnecessary. Instead, they suggested individual businesses wanting proof of vaccination ask customers for their PDF receipts of immunization or use the forthcoming federal vaccine passport.

It appears the province’s leadership has had a change of heart this week.

On Monday, the Greater Toronto Hamilton Area Mayors and Chairs committee confirmed the provincial government was working on a vaccine passport system, and praised them for the move.

“We believe such a province-wide system … will be crucial to protecting the progress we have made fighting COVID-19,” the group of mayors said.

Quebec and BC have both announced mandatory proof of vaccination systems for participation in non-essential activities such as dining at restaurants, working out at gyms, and attending sports events.

It’s not yet known how Ontarians will prove their vaccination status or what activities will require both doses.