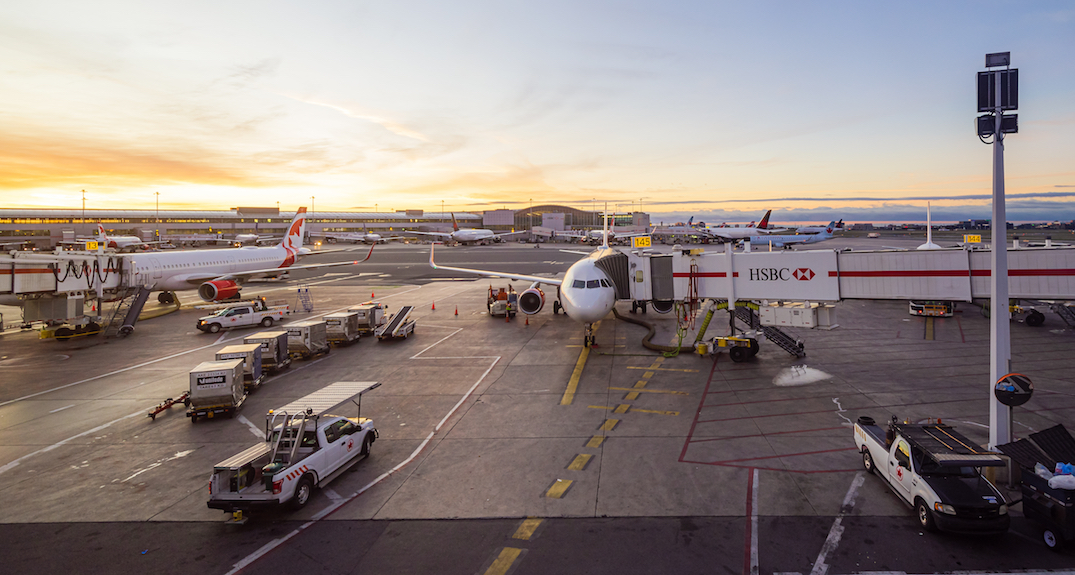 The Public Health Agency of Canada says Ontario is no longer sending notifications about all flights with potential COVID-19 exposures.

Since September 9, PHAC is only receiving “limited” notifications from Ontario, the home of the country’s busiest airport.

Daily Hive has reached out to the province to ask why that is, but has not yet heard back.

Ontario isn’t the only province posting less COVID-19 flight information than earlier in the pandemic. Alberta Heath Services now only collects travel and flight information from COVID-19 cases with “severe outcomes” such as hospitalization or death.

Quebec has also limited the number of COVID-19 flight notifications it sends to the public health agency.

The vaccination requirement will also extend to travellers, including all commercial air travellers, passengers on interprovincial trains, and passengers on large marine vessels with overnight accommodations. 2/2

Despite growing requirements for vaccination, there have still been several recent COVID-19 flight exposures flagged for planes taking off or landing at Pearson International Airport in Toronto: