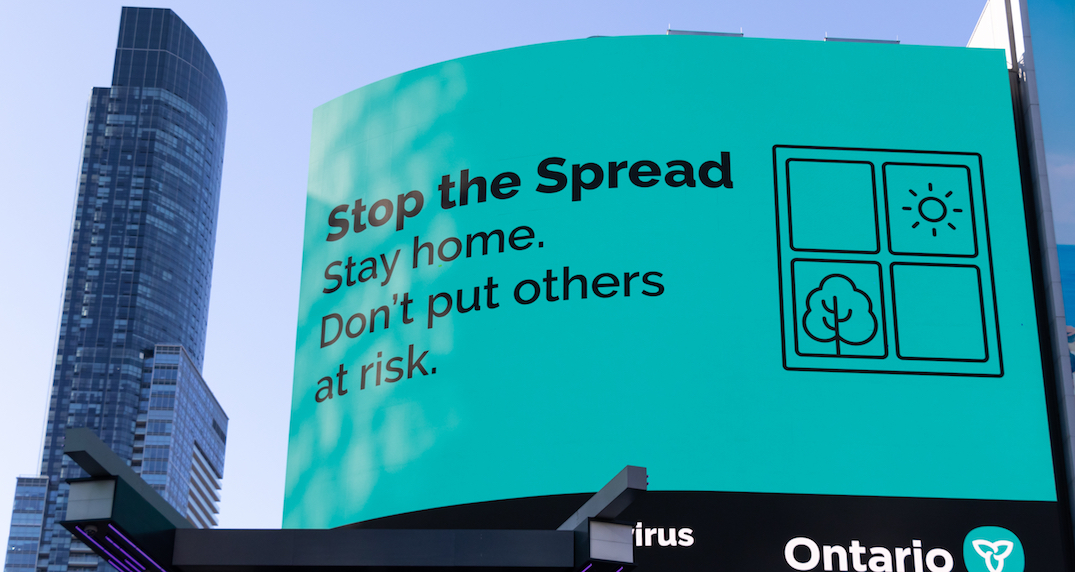 Ontario announced that indoor dining, cinemas, and gyms are among some of the places closing for 28 days in Toronto, Peel, and Ottawa.

On Friday, the provincial government said that indoor food and drink service in restaurants, bars, and other food establishments will be closed for almost a month to stop the spread of the virus.

Indoor gyms and fitness centres, casinos, performing arts centres and venues, and interactive exhibits are all asked to shut down as well.

There will also be a reduction in social gatherings and organized public events to a maximum of 10 people indoors and 25 people outdoors when physical distancing can’t be maintained.

The province is also prohibiting personal care services where face coverings must be removed for the service.

Now tour and guide services will have 10 people indoors and 25 people outdoors.

The 10-person indoor limit also applies to real estate open houses if physical distancing cannot be maintained, and in-person teaching and instruction— like cooking classes. But exceptions will be made for schools, childcare centres, universities, and colleges.

There will also be a limit of meeting and event spaces and restricting team sports to just training sessions — games or scrimmages will no longer be allowed.

Last week they predicted that the province could see 1,000 new daily cases by mid-October.

But on Friday they said the numbers are heading in a “dangerous trend,” with seven consecutive week-over-week infections and cases growing exponentially.

“It’s a worrying and dangerous picture. The curve continues to increase in terms of its steepness. There is also a higher rate of positive test results, at over 2% right now. The increasing trend of positivity for people who are older, that’s where we see the consequences for health and the health system, which are more severe,” said Adalsteinn Brown, the dean of the Dalla Lana School of Public Health at the University of Toronto.

The rate of hospitalization has also increased by 250% over the last three weeks, and the 150-bed threshold has been surpassed.

“There is a steep trajectory with the hotspots, so we need to tailor the level of risk in the public health units,” Brown said.

He added that contact tracing won’t help reduce the numbers but that intervention is needed, which other jurisdictions globally have done in the second wave.

Chief Medical Officer of Health Dr. David Williams also noted that when doing case and contact tracing, people have had growing numbers of contacts beyond their social bubble, which he called “unacceptable.”

However, it’s important to note that schools will remain open.

Brown said that the lowest outbreaks in congregate settings are taking place in schools.

“They are staying relatively under control. We can probably keep schools open but limit their indoor time,” he said.

To date, 876 cases have been reported in Ontario since classes began in September.

Brown also noted that in Toronto the most outbreaks since October 5 have been in community or workplace settings where people are indoors and it is difficult to wear a mask or distance.

And those living in hotspots should only go out for essential trips.

“With everything we have been through this year, I know how frustrating it can be to feel like we are moving backwards. Over the summer, a period of stabilization felt like progress towards getting this pandemic under control. But unfortunately, COVID-19 doesn’t move in a straight line. We are in the second wave – and without these new measures now, it will almost certainly be more serious than the first,” he said in a statement.

On October 2, Toronto Medical Officer of Health Dr. Eileen de Villa wanted to ban indoor dining and fitness classes due to the rising case numbers in the city.

She sent a letter to the province, asking them to look into this based off her data, which showed that 44% of outbreaks in Toronto have come from bars and restaurants.

But Ford said he needed to see “hardcore evidence” and wouldn’t shut down the industry and destroy people’s livelihoods.

Ford is expected to make his daily comments at 2:30 pm, and the City of Toronto is also making an announcement at 3:30 pm.