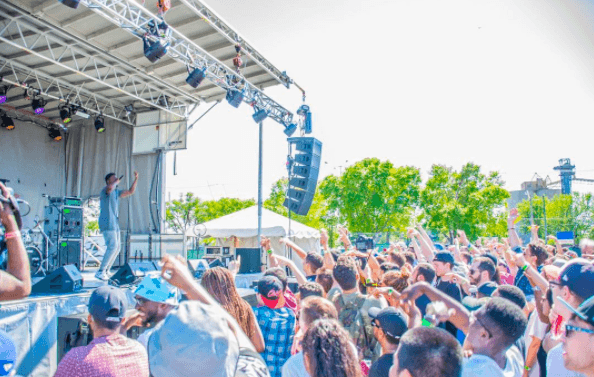 Toronto’s annual NXNE is getting bigger each year.

Next summer, the 23rd annual NXNE returns to the 6ix for a 10-day festival with a massive selection of music, gaming, comedy, and more starting June 16 until 25.

NXNE will be back to the Port Lands for three days from June 23 to 25, which will include two main stages, art installations, activations, places to chill between acts, carnival rides, and a comedy tent.

“In its first year the NXNE Port Lands saw thousands of attendees in two days,” said Michael Hollett, President and Managing Director of NXNE in a press release. “Our growth and expansion for 2017 are based on the success of last year with cool programming from indie rock to hip hop to soul and much more each day.”

And as usual, the festival will host hundreds of new and established artists at over a dozen venues across the city throughout the 10 days. NXNE’s Club Land includes The Danforth Music Hall, The Horseshoe Tavern, and Adelaide Hall.

Is it summer yet?