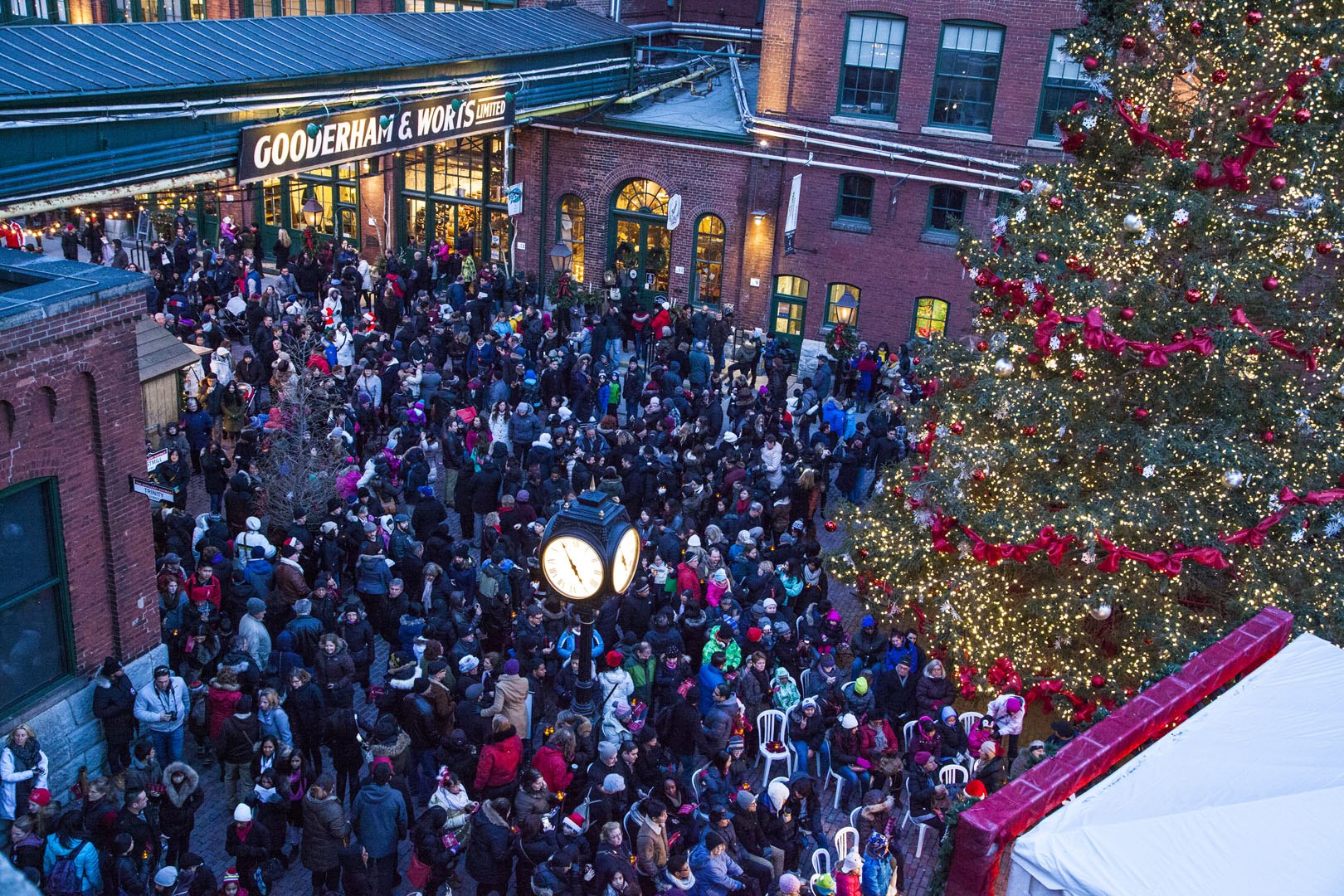 Fall is slowly turning into winter.

And with daylight savings almost upon us, make sure you take advantage of the numbered sunny days. While digging out for those winter boots and mittens, check out these events and festivals taking place all over Toronto in November.

With plenty of outdoors (and indoors) festivities, it is the perfect time for those warm winter boots. Have a great November, Toronto!

What: Known for his “culinary bad boy” attitude and adventurous ways, you never know what you’ll get at a live Anthony Bourdain show. “The Hunger” will serve a fresh, brutally honest monologue reflecting on diverse culture, street cuisine, and Bourdain’s travels to lesser-known locations around the world. There will be a Q&A session at the show!
Where: Sony Centre for the Performing Arts, 1 Front Street East
When: November 1 at 7:30 pm

What: Follwing its successful inaugrual year, the Syria Film Festival returns this year with a full three nights of thought-provoking films, special guests and engaging discussions.
Where: Various venues
When: November 4 to 6

What: An epic 25 hour gaming marathon in support of SickKids Hospital! A 7000 sq. ft gaming heaven, the location will include 24 gaming PC’s, retro consoles, VR headsets, 2 giant projection screens, great food, and an awesome beer and cocktail selection.
Where: Raiders E-Sports Centre, 49 St.Clair Avenue West
When: November 5 at 12pm to November 6th at 12pm (25 hours due to daylight savings)

What: Día de los Muertos (Day of the Dead) is a festival of reverence for those who have left the world of the living. Explore Mexico’s most popular cultural celebration through a contemporary lens, with live music, art installations, family activities and more.
Where: Harbourfront Centre, 235 Queens Quay West
When: November 5 to 6

What: The 8th annual Toronto Polish Film Festival returns showcasing new media arts and films with both a Polish and multicultural focus. All the screenings will take place in Revue Cinema.
Where: Revue Cinema, 400 Roncesvalles Avenue
When: November 7 to 12

What: On Friday, November 11, City of Toronto ceremonies will be taking place at Old City Hall and each of the Civic Centres across Toronto, as well as at Fort York.
Where: Various civic centres as well as Old City Hall, 60 Queen Street West
When: November 11 at 10:45 am

What: Head down and take part in daily Induction Weekend events commemorating the Class of 2016! From the Fame Game, to Legends Classic, and the induction ceremony, this is one exciting weekend for hockey fans.
Where: Most events are at the Hockey Hall of Fame, 30 Yonge Street
When: November 11 to 14

What: Created in 2013 as part of the 10th anniversary celebrations for Indie Week, the Reel Indie Film Fest (RiFF) seeks to cover the gamut of musical inspiration. The festival brings filmmakers and musicians together for its annual program of music related dramatic and documentary films, shorts and music videos.
Where: Various venues
When: November 15 to 20

What: As delicious as it sounds, this is a festival that is fresh, dynamic, and prolific! Rich with culture, it depicts topics relevant Armenian culture through the medium of films submitted from around the world.
Where: Various venues
When: November 16 to 20

What: Back for its third year, the Toronto South African Film Festival is launching with a kick-off gala before going into two days of films and documentaries that explore the culture, history and politics of South Africa – films that both entertain and inform.
Where: Isabel Bader Theatre at the University of Toronto, 93 Charles Street West
When: November 17 to 19

What: Toronto’s Christmas Market brings the spirit of the season to life! One of the favourite holiday events, guests are invited to rediscover the magic and romance of Christmas by taking in stunning light canopies, enjoying unique shopping experiences, traditional music and dance performances, and activities for the whole family to enjoy.
Where: Distillery Historic District, 55 Mill Street
When: November 18 to December 22

What: And if the Christmas Market doesn’t get you in the mood, the Downtown Yonge BIA invites you to kick off the holidays with Illuminite, a magical evening of music, dance & spectacle in Yonge-Dundas Square. Enjoy music from Toronto’s Ride the Tiger, followed by a stunning tree lighting performance.
Where: Yonge-Dundas Square, 1 Dundas Street East
When: November 19 from 5:30 to 7:30 pm

What: Nothing like a little local shopping with some cocktails to get the spirits up for the holidays. There will be music, food vendors, goods vendors, and more.
Where: Studio Bar, 824 Dundas Street West
When: November 19 and 20

What: More events for your Christmas spirit! Warm up to the sounds of children singing and participate in folk dancing, craft making and more. It’s the perfect place to sample delicious Scandinavian food and have a rinkside drink of glögg. Yum.
Where: Harbourfront Centre, 235 Queens Quay West
When: November 19 and 20

What: Get your red noses on, and get ready to meet the man himself! The Santa Claus Parade will take over the downtown streets from Christie Pitts to the St Lawrence Market, so get warm and head down
Where: Starts at Christie Pitts
When: November 20 at 12:30 pm

What: The Grey Cup is coming to Toronto! On Sunday, November 27, our National Championship will be played for the very first time at BMO Field. In the days leading up to the big game, the Grey Cup Festival will take over the entire South Building at the Metro Convention Centre, and outside on Bremner Blvd and Roundhouse Park, and will feature events for everyone, including a street fest, Concert Series, free events for kids and families, live music, tailgating, and more.
Where: Various venues
When: November 24 to 27

What: It’s a day all for our little ones! Kidzfest includes stage performances from Bob the Builder, meet and greets with Paw Patrol favourite Chase, and Hazel from Little Charmers and more! There will be arts & crafts stations, bouncy castles, and a Ferris wheel!
Where: Yonge-Dundas Square, 1 Dundas Street East
When: November 26 at 11 am to 5 pm

What: The Cavalcade of Lights at Nathan Phillips Square is an annual holiday tradition featuring the first illumination of Toronto’s official Christmas Tree, live musical performances by some of Canada’s top performers, a spectacular fireworks show and skating parties on the iconic outdoor rink.
Where: Toronto City Hall, 100 Queen Street W
When: November 26 at 7:30 pm