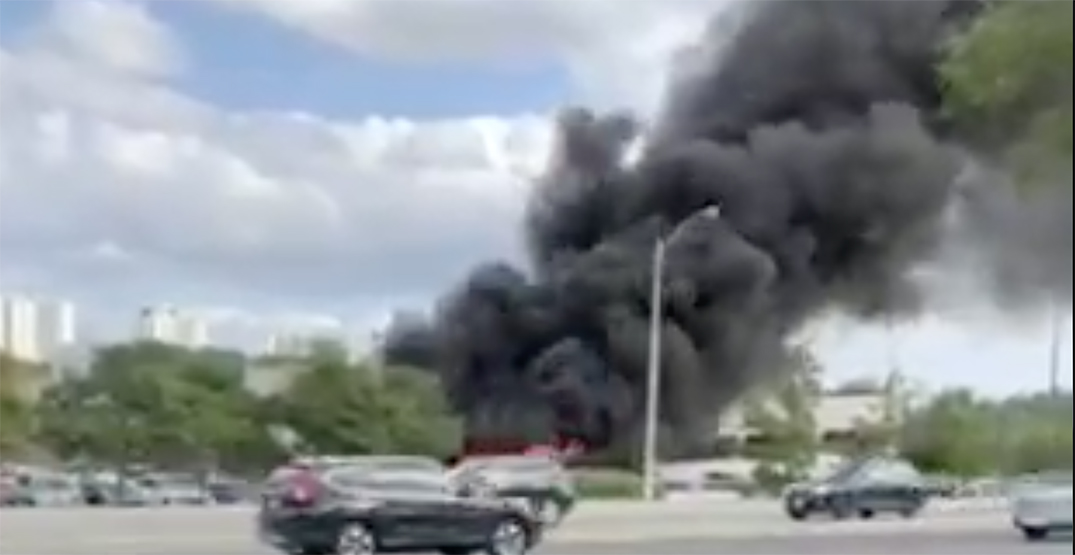 A fire in the parking lot of North York General Hospital sent a cloud of thick black smoke into the air Thursday afternoon.

Toronto Fire Services said the flames were coming from a truck in the parking lot, and firefighters extinguished it fairly quickly.

No injuries were reported, but nearby residents captured photos of the intense column of smoke.

The hospital reopened later in the afternoon, according to the Toronto Police Service. It said the fire may have been caused by a propane explosion.

Thank you for your service, Here is a better video from my window, pic.twitter.com/pFZP6QFkpE

The moment of the explosion at North York General earlier this afternoon. from r/toronto