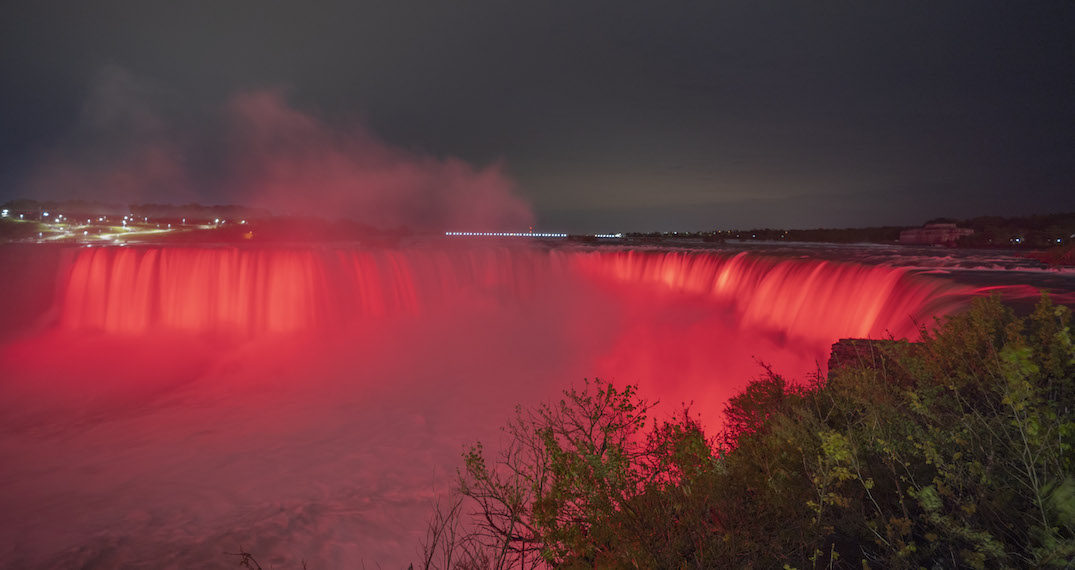 Niagara Falls will be illuminated red to honour the victims of the Nova Scotia shooting.

On Friday night, April 24, both the US and Canadian Horseshoe Falls will glow a red light from 8 pm to midnight as a symbol of binational support, as Canadians from across the nation honour the tragic shooting that happened in Nova Scotia on Sunday night, claiming 23 lives.

The National Police Federation (NPF), in partnership with the RCMP, has asked citizens to wear red and observe a moment of silence as part of a nation-wide day of mourning on April 24.

The colour red was chosen as a “symbol of Canada” that would represent all those who lost their lives, including RCMP Constable Heidi Stevenson, a 23-year veteran of the force who was killed in the line of duty.

Earlier on Friday during the daily press conference, Prime Minister Justin Trudeau reminded the nation that a virtual vigil will take place to remember “those who were taken too soon.”

On Tuesday night, Niagara Falls glowed blue and white to honour the victims in Nova Scotia.

Residents are encouraged to visit novascotiaremembers.com for more information on how to give support and show solidarity during this national mourning.