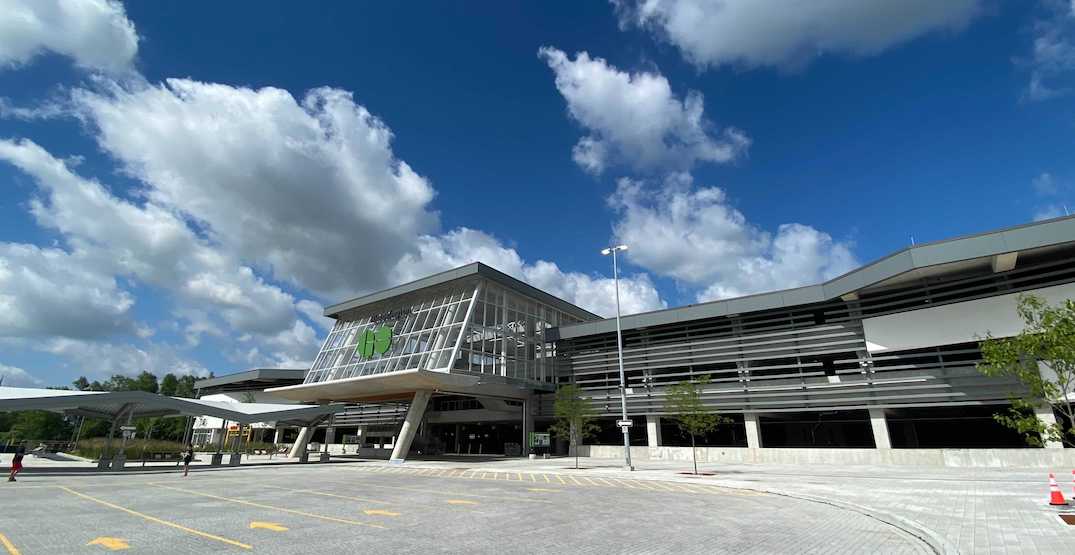 A brand new GO station opened up in the GTA early on Friday morning, extending service even further north along the Richmond Hill line.

Bloomington Station, located at Highway 404 and Bloomington Road, had its first four trains run on the newly laid tracks on Friday — half of the eight daily trains planned for the Richmond Hill station. For now, Bloomington will have four trains running out of it in the morning starting as early as 6 am, and four trains coming into it in the evenings. It also has several buses spread throughout the day. 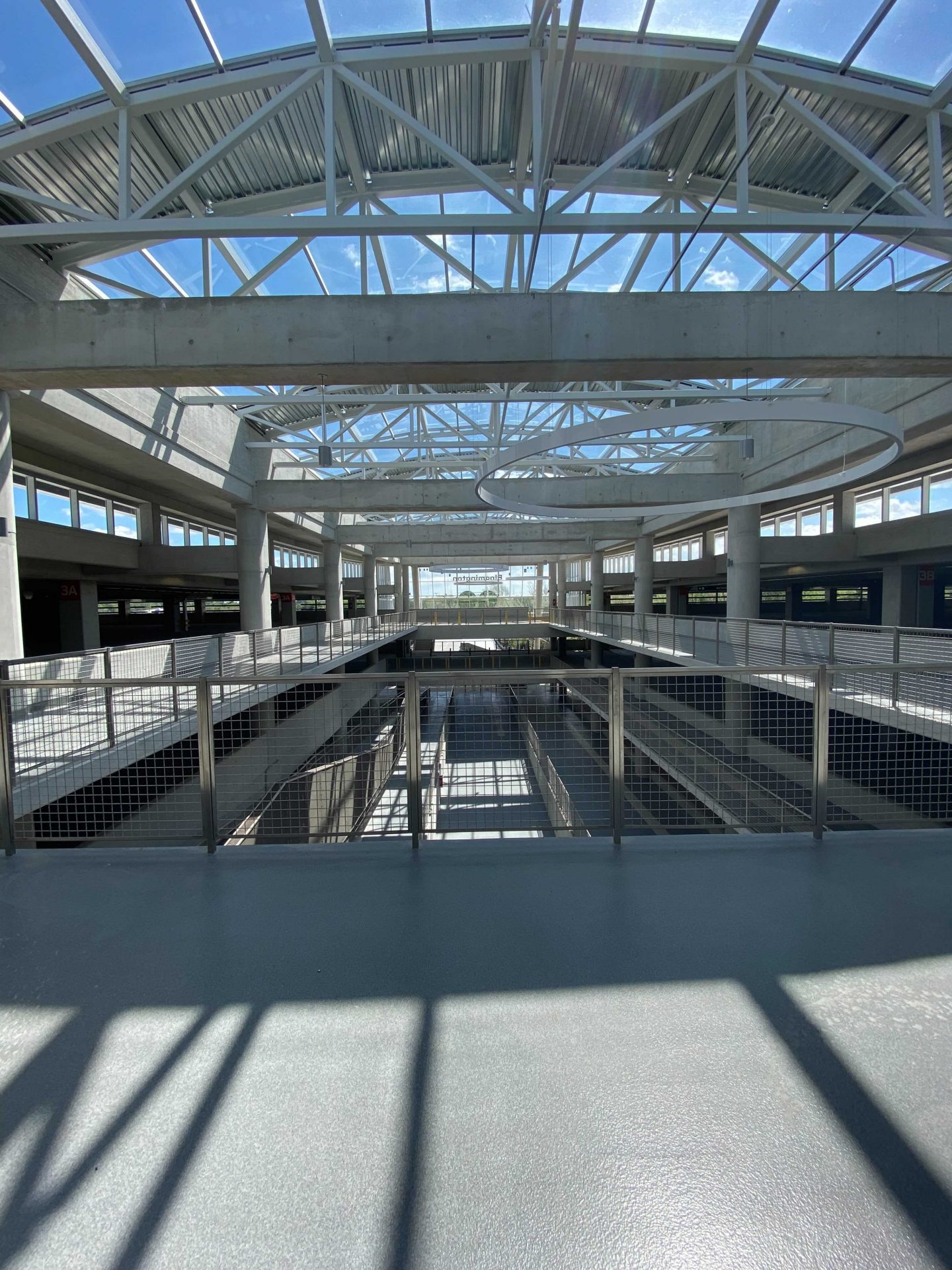 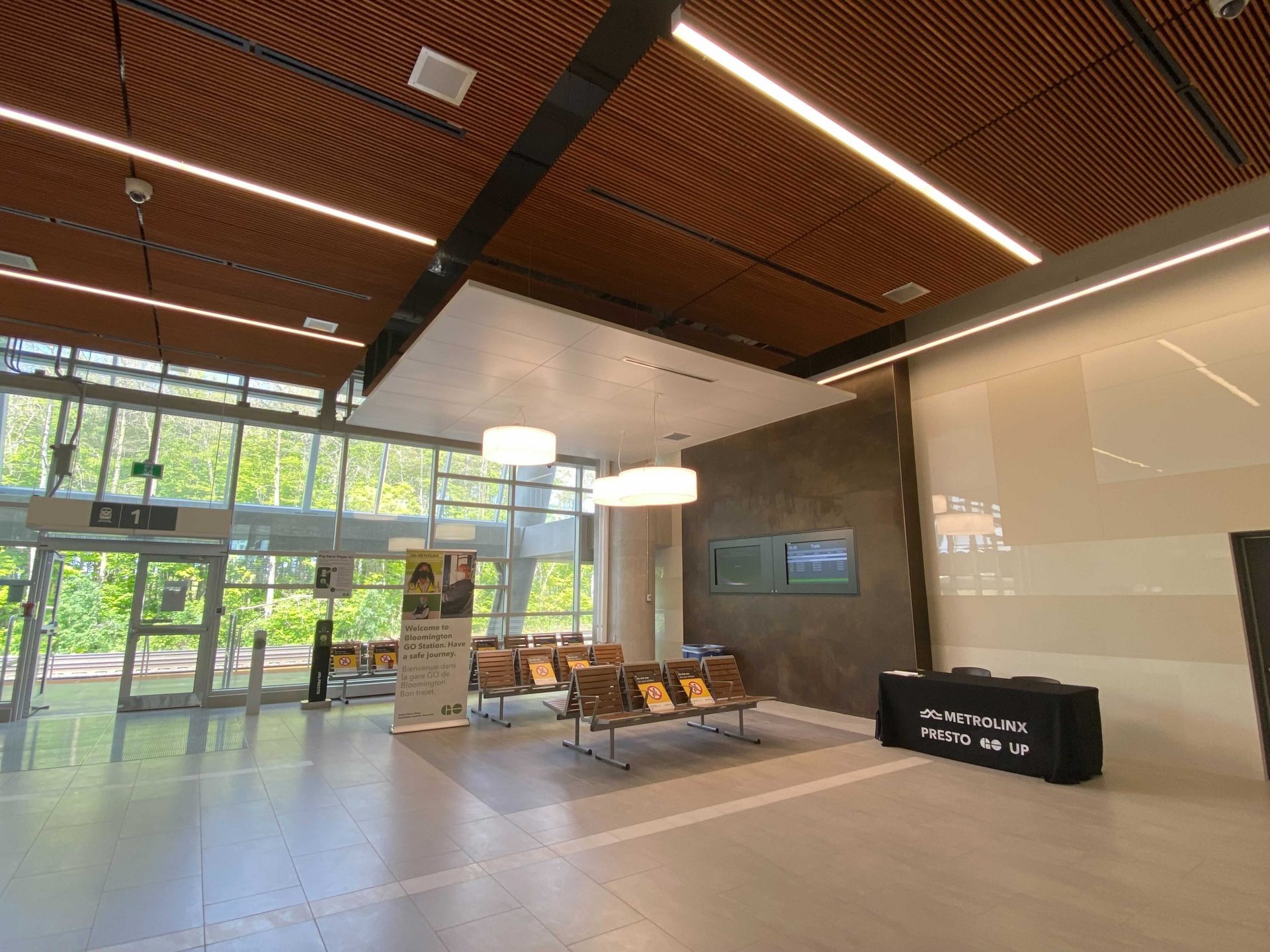 Metrolinx President Phil Verster says that although they are starting with just a handful of trains, Metrolinx hopes to increase capacity by about 30% in the coming years.

“We’ll keep on increasing the number of trains that we run from this station, but with the capacity we’ve built here, and the fact that we can also have lots of buses that come — Viva buses and well as GO buses because we have six bus bays downstairs —  there’s no limit to how many people we can move,” Verster told Daily Hive. 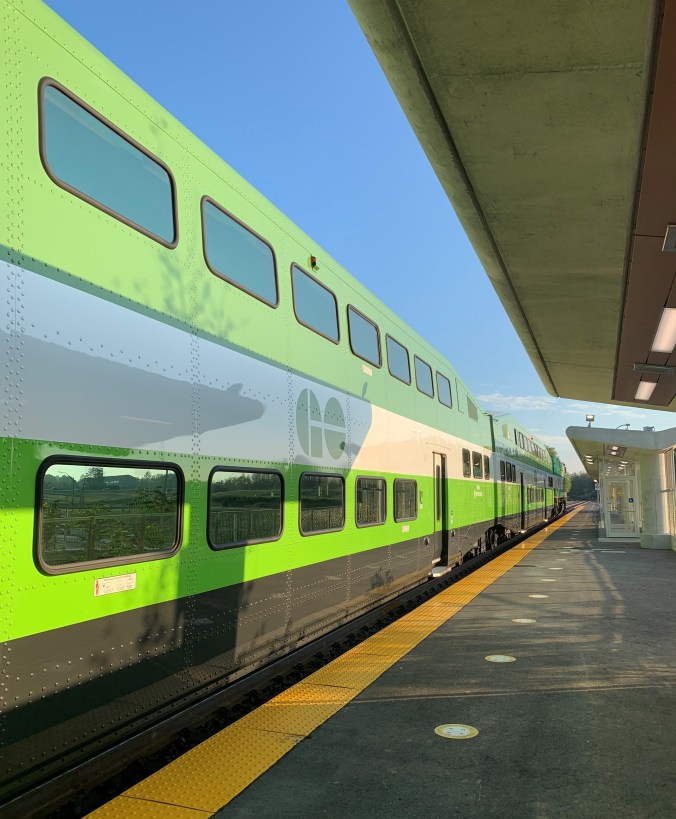 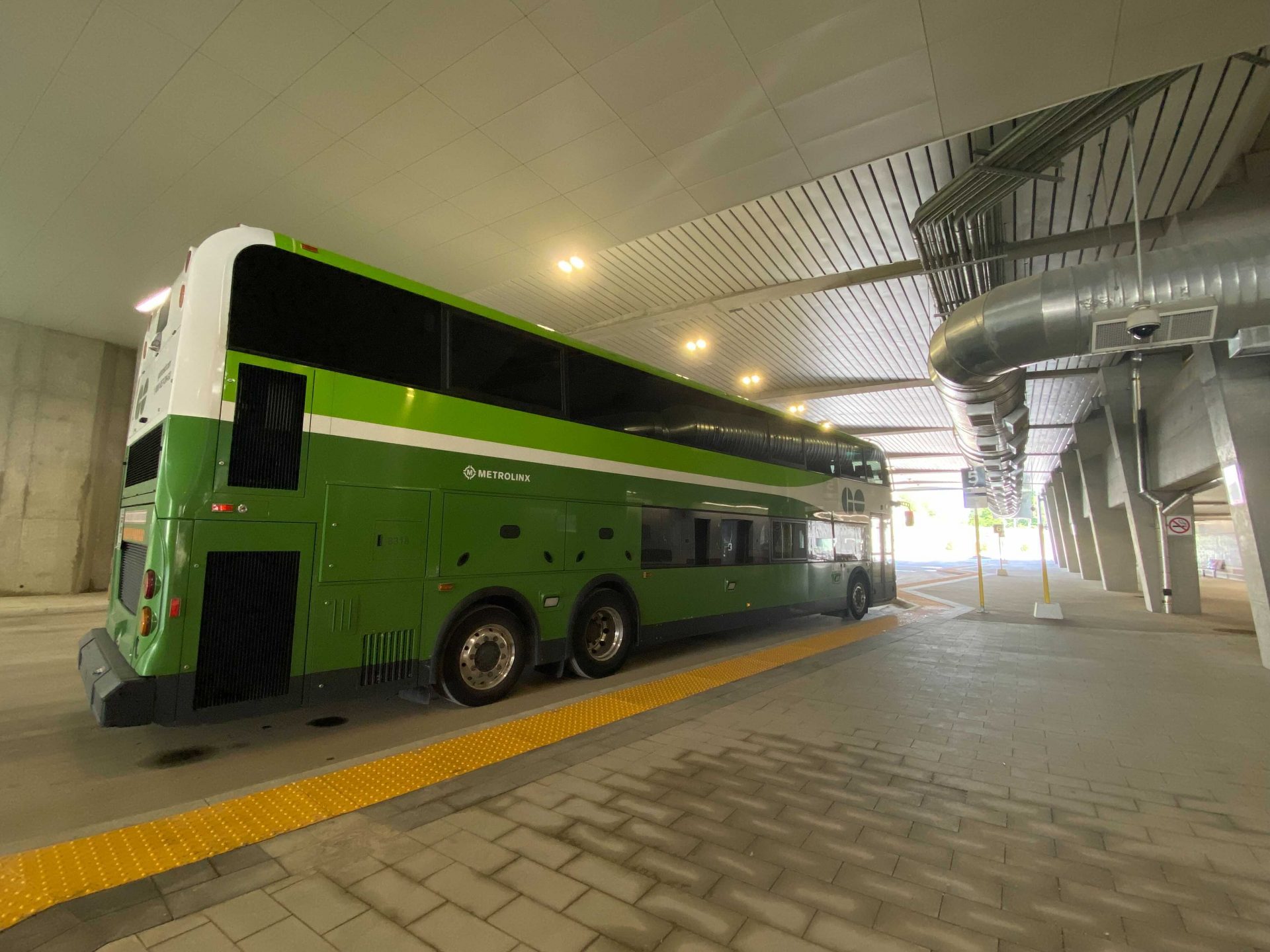 The new station, which has been in the works for almost five years, was built in the middle of a wetlands area, and environmental conservation has been incorporated into the building’s design. A 765-spot, multi-level parking garage was built to reduce the footprint of the building on the wetlands, and special brick pavers, rather than typical pavement, have been used outside to allow water to flow back into the ground. 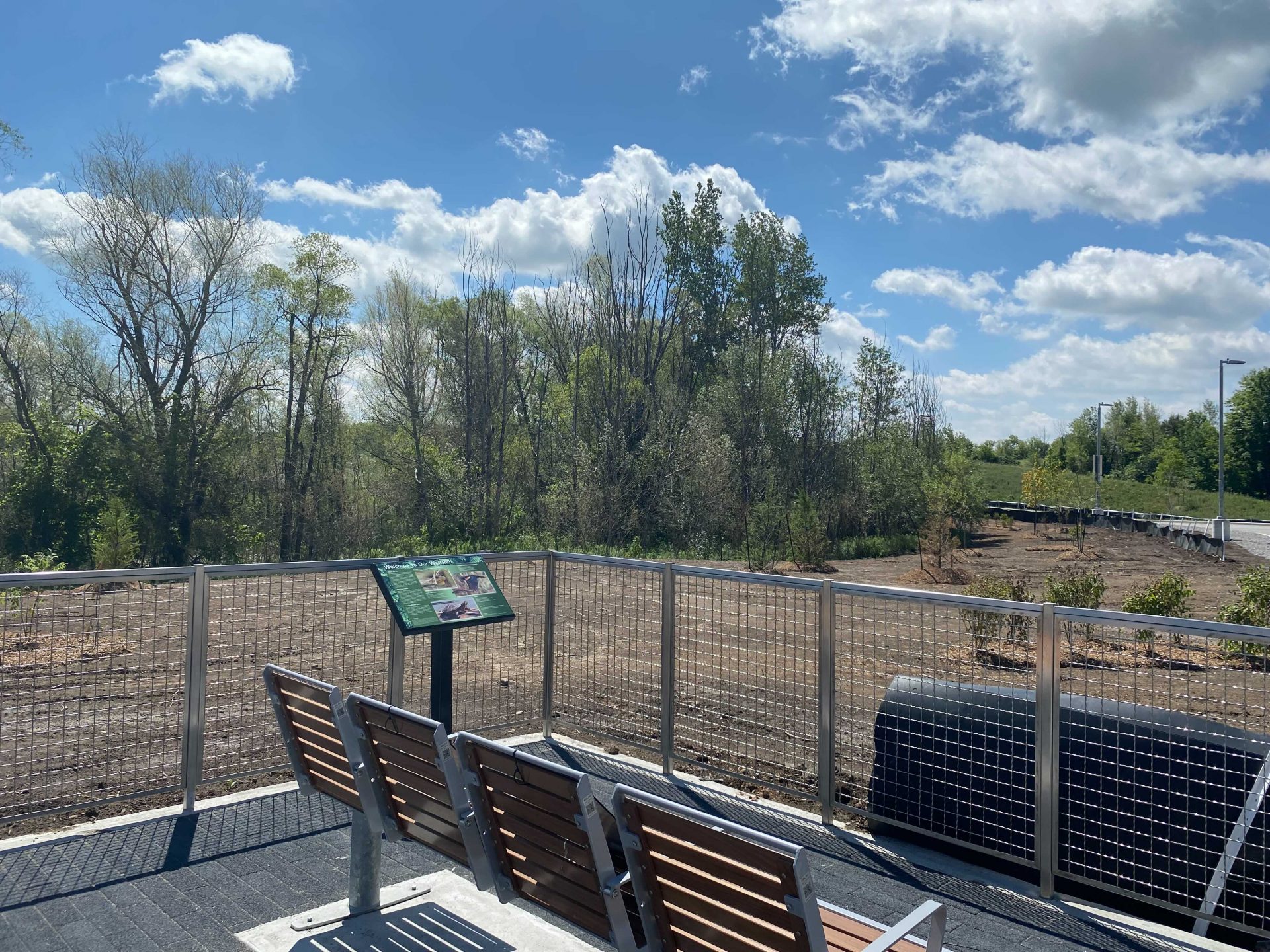 The roof is equipped with solar panels and there’s even an underground tunnel that’s been built to allow the wetland’s frogs to keep their natural movement paths. Metrolinx, Verster says, is planning to apply for a gold standard certification from the international organization Leadership in Energy and Environmental Design (LEED).

“What we are super excited about is that it’s so environmentally friendly,” Verster said. “We’ve got a nature conservation area outside and because we are building in a very sensitive area, we are replanting 327 trees and about 19,000 shrubs. So we are significantly investing in the environmental friendliness of the station so we are very excited about that.” 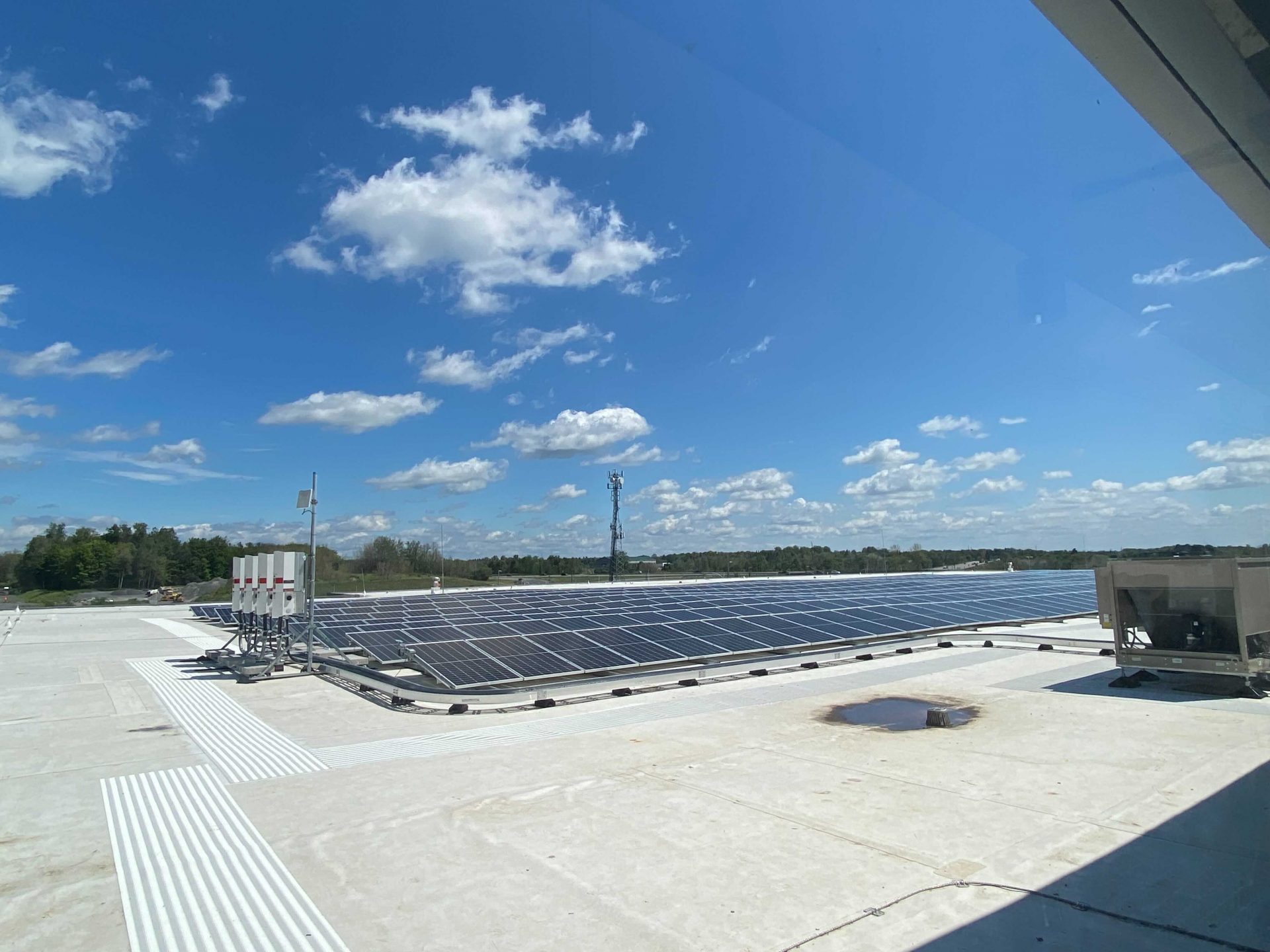 Those who use the station may be able to spot local frogs, deer, and even beavers who call this area home. Metrolinx has installed viewing benches and informational signs to inform commuters about the wetlands.