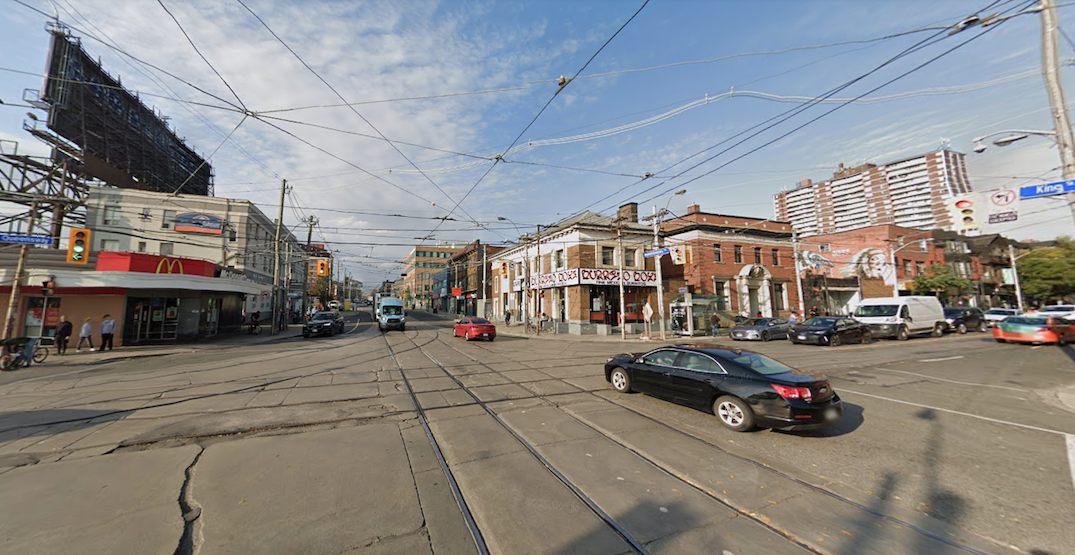 After many months of disruptive construction, a major Toronto intersection has finally reopened — well, partially, anyway.

Over the weekend, the intersection of King Street West, Queen Street West, the Queensway and Roncesvalles Avenue opened to allow traffic on Queen West and Roncesvalles. And even more good news for those visiting the area, all of the metered parking that was temporarily removed is now reinstated.

King West remains closed to traffic from Queen Street West to Wilson Park Drive. Travel lanes on The Queensway from Queen West to Parkside Drive continue to be reduced.

The intersection closed in April to allow construction crews to make a variety of improvements, including replacing the streetcar track, extending the dedicated streetcar right-of-way, enhancing streetcar stops, and making improvements for pedestrian and cyclist safety. The City is also working on the lighting, water mains, and sewers in the intersection.

Although the intersection is opening, the City of Toronto is now moving into Stage 2 of the undertaking, which will carry on well into next year. The entire project is expected to wrap up in summer 2022.