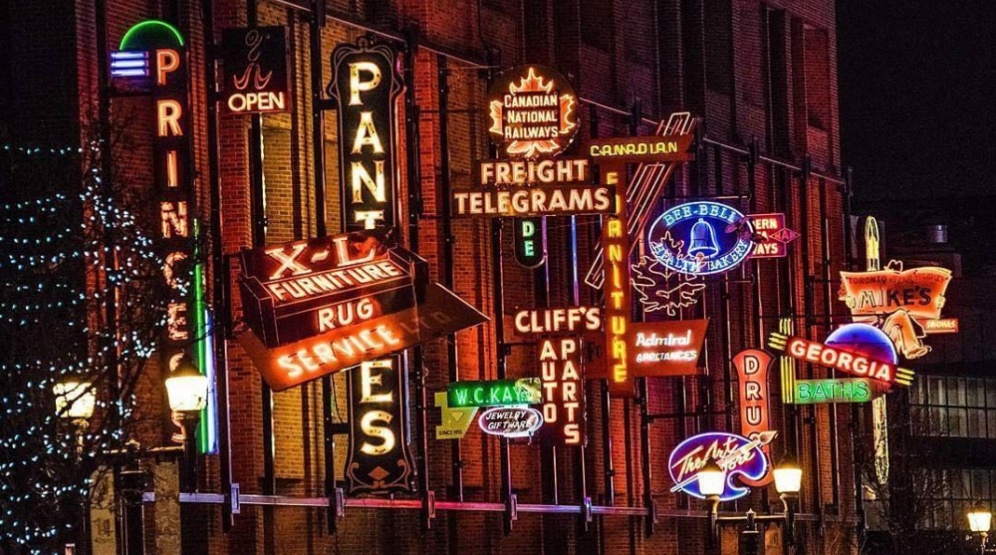 Some dark Toronto laneways are about to get a brilliant makeover.

Mark Garner of the Downtown Yonge BIA is spearheading an initiative to create a neon and vintage sign museum in Toronto.

Garner tells Daily Hive that the intent is to bring positive traffic and create a unique “urban experience in the public realm and laneways,” while also preserving a piece of Toronto’s history.

Iconic Yonge Street signs including those of Big Slice, Sunrise and Papaya Hut have already been put in storage and are awaiting their time to shine once again. 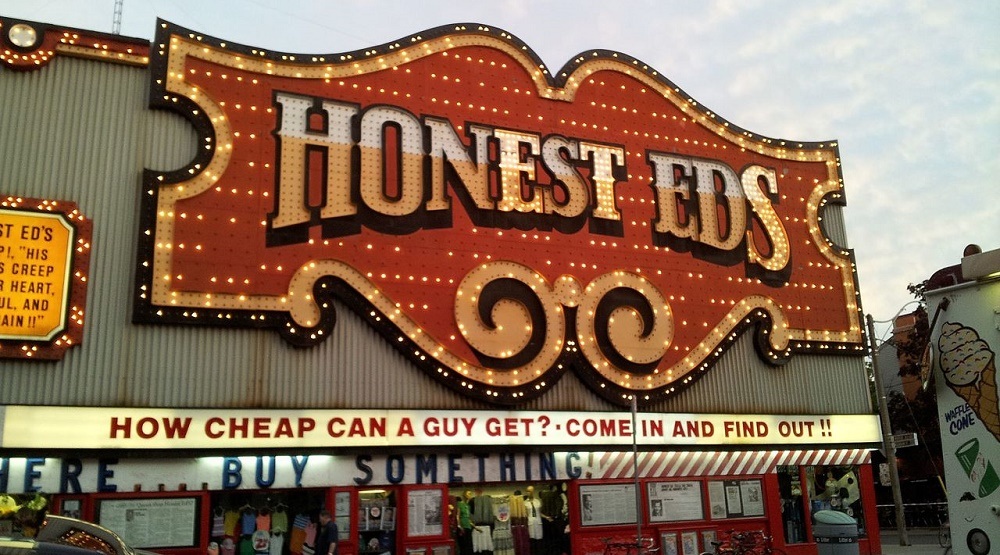 O’Keefe Lane and Victoria Street Lane are being eyed as key locations, though there’s the potential for some vintage signs to find a home in the Entertainment District too.

Garner is already on the hunt for more signs and is soliciting both donations from those in possession of these nostalgic artifacts, as well as, memories and references of long lost signs that could potentially be replicated with help from Toronto’s Brothers Markle.

At least Toronto will benefit from lessons learned from the Neon Sign Museum in Edmonton, a project made possible by partnerships between the City, the Alberta Sign Association, the Downtown Business Association, The Places, and Telus.

Daily Hive spoke with David Johnston, Principal Heritage Planner with the City of Edmonton who shared that the museum’s inception began about ten years ago, first with one sign diverted from the landfill, and then another, and another until city archivists started questioning what was to be done with them all.

Similar to Toronto, the initial vision included restoring and mounting a collection of signs in public laneways before finally (and I’m glossing over a long list of logistical headaches here) approaching Telus to see if there would be interest in hanging the signs on a switch centre building fronting a key redevelopment area.

The city ultimately incurred $200,000 bill to build a frame to mount the first signs, and later acknowledged that it would need ongoing financial support from city to assist restoration efforts by members of the Alberta Sign Association who had previously been doing the work (and undertaking the expenses) pro bono.

Of course for typographer nerds, history buffs, and long-time residents, the museum has proved priceless.

Johnston shares, “What we’ve seen is that it’s a really interesting nostalgia piece. People remember driving past [these signs]  as a kid and always wondered what happened to [them].”

Considering Toronto’s overwhelming attraction to shiny things, we expect Torontonians will take to the idea like moths to a flame too.
As Garner notes, the area is “being gentrified very quickly” which is what makes fighting for preservation so great.