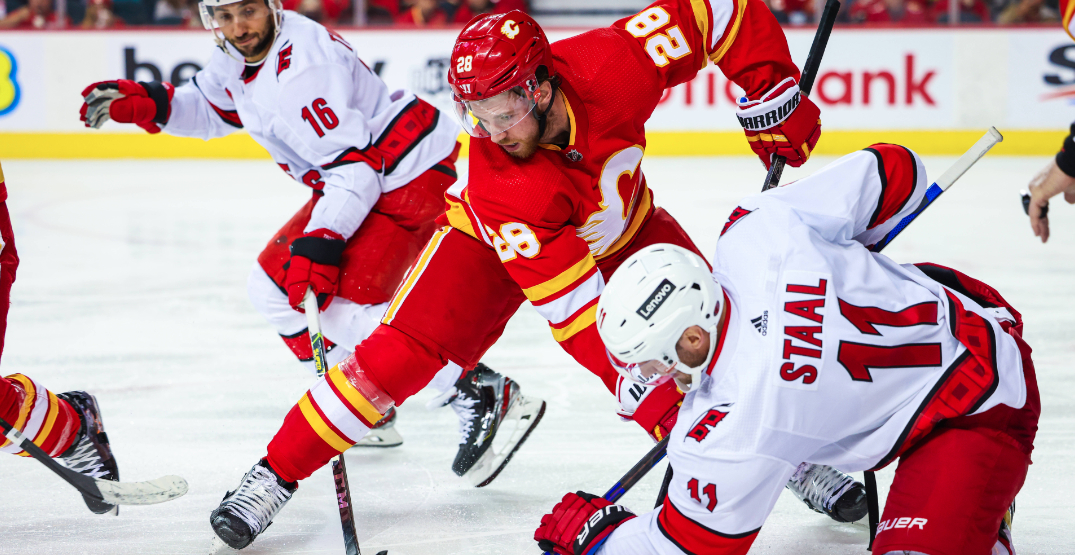 It’s been a crushing wave.

COVID-19 cases continue to rise across the NHL, with 15 of 32 member clubs having at least one player in the protocol as of Wednesday.

Earlier Wednesday, NHL teams and players were notified of enhanced protocols until January 7, according to Elliotte Friedman. Measures include restrictions on indoor dining while on the road, masking and social distancing while in club facilities, and daily testing.

Presence of Omicron variant is confirmed. Players are also recommended to get a booster, if eligible.

In all, 49 players are currently in COVID protocol, including 16 members of the Calgary Flames. Just six of 20 players in the lineup for Calgary against the Boston Bruins last Saturday are not currently on the protocol list.

The Flames also have three coaches and eight staff members in the protocol.

In all, over 60 players, coaches and staff members are in protocol league-wide.

Ten games have been postponed this season due to COVID protocols, including four for the Flames. Calgary originally had three games postponed before a fourth was added Wednesday afternoon.

The NHL also postponed Tuesday’s game between Carolina and the Minnesota Wild after Hurricanes’ skaters Jordan Staal, Andrei Svechnikov, Ian Cole, and Steven Lorentz were placed on the COVID-19 list. Two other Hurricanes players are currently quarantining in Vancouver, where the team played on Sunday.

ESPN’s Emily Kaplan reported yesterday there’s “no plan” for the league to take an extended pause to let the COVID-19 situation in the league die down.