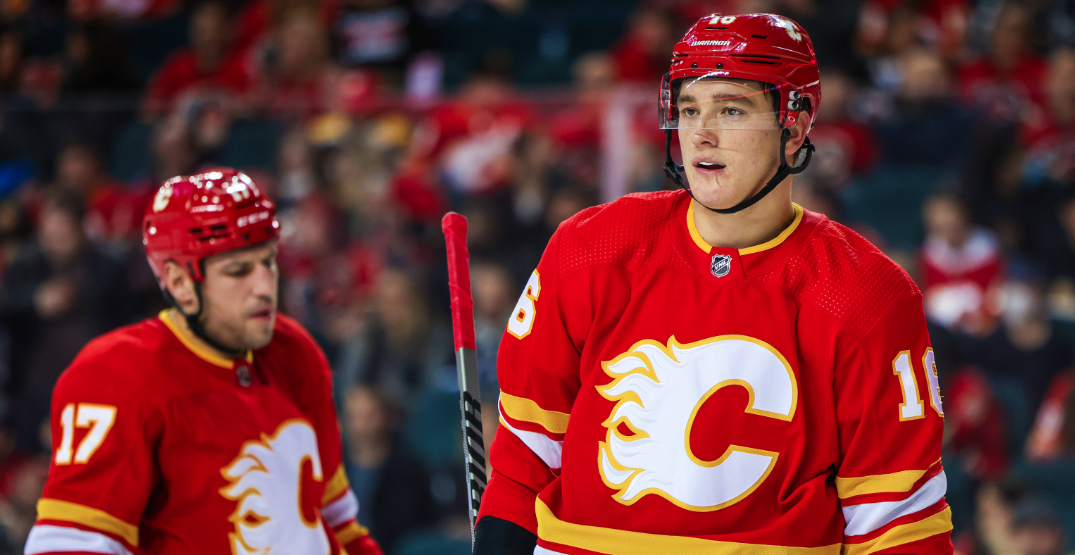 The Calgary Flames have had another game postponed.

Due to a rapidly spreading COVID-19 outbreak within the team, the NHL has delayed Calgary’s return to game play at least through Saturday, December 18.

The Flames were scheduled to host the Columbus Blue Jackets on Saturday.

“As an appropriate precaution, the team’s training facilities will remain closed for Players until further notice. The League is in the process of reviewing and revising the Flames’ regular season schedule, and will provide a further update next week,” the NHL said in a release.

The decision was made following consultation by the NHL’s, the NHLPA’s and the team’s medical groups.

Calgary’s next game is currently scheduled for Tuesday, December 21 against the Anaheim Ducks at the Saddledome.

The Flames had three games already postponed earlier this week.

They were originally scheduled to play at the Chicago Blackhawks on Monday and Nashville Predators on Tuesday before hosting the Toronto Maple Leafs on Thursday.

Their next scheduled game is on Tuesday at home against the Anaheim Ducks.

The Flames currently have 27 members of their organization in COVID protocol, including 16 players, three coaches and eight support staff. Seventeen of those 27 were added to the protocol Wednesday.

Just six of 20 players in the lineup for Calgary against the Boston Bruins last Saturday are not currently on the protocol list, including forwards Matthew Tkachuk, Mikael Backlund, Blake Coleman, Dillon Dube, defenceman Oliver Kylington and goaltender Dan Vladar.