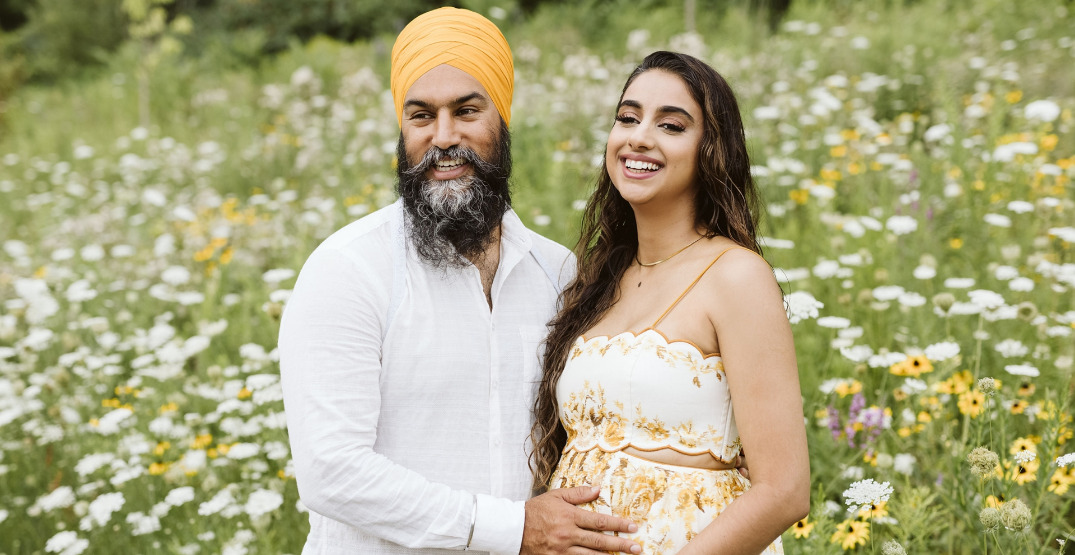 On the heels of breaking news that a snap federal election is looming for Canadians, NDP leader Jagmeet Singh had some news of his own to share; he’s on his way to becoming a first-time father along with his partner, Gurkiran Kaur.

There’s no indication yet as to whether it’ll be a boy or a girl or how far along the pregnancy is, but one thing is for sure, Singh and Kaur are going to have their hands full.

News broke earlier today that Prime Minister Justin Trudeau would be calling for a snap federal election to be held on September 20, only two months from now.

The federal NDP leader and his partner will have to juggle both a federal election and parenthood at the same time.

Kaur isn’t a politician, but she’s been a supportive advocate for her husband on the campaign trail.

We are having a baby!!!! @gurkirankaur_ and I are so excited for this new adventure!🤰🏽🥰 pic.twitter.com/ULyw8EfQnO

Singh and Kaur both sounded ecstatic, if their social media posts are any indication with the soon to be parents exclaiming, “We are having a baby!!!” on Twitter.

we are having a BABY!!!! @theJagmeetSingh and I are so excited for this next chapter of our lives 💓 pic.twitter.com/69t4wBVFyp