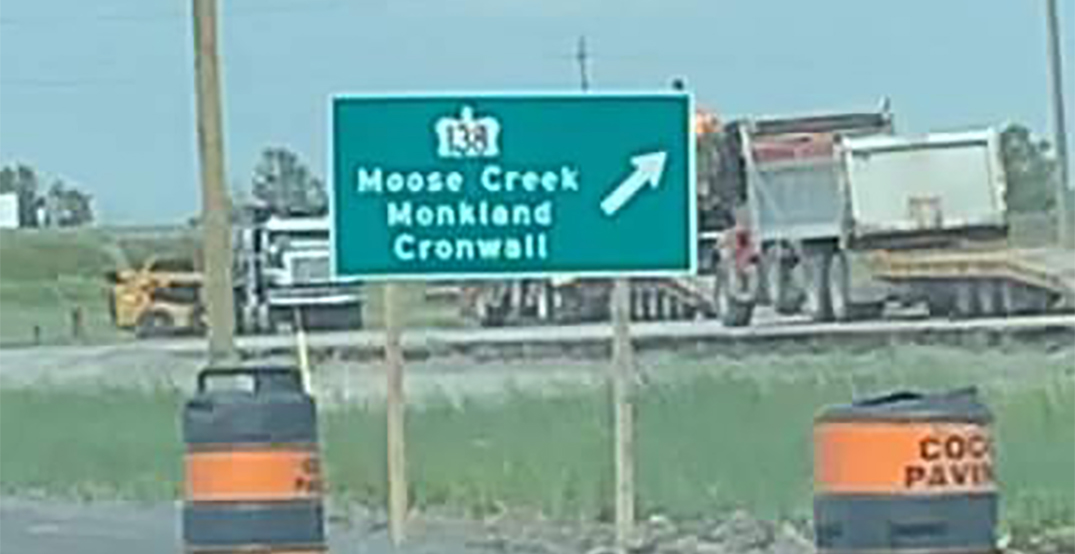 A misspelled highway sign in Ontario has been generating laughs after a photo of it was shared online this week.

The sign tells drivers that there’s an exit for “Cronwall” at the Highway 138 interchange. Of course, it’s actually referring to the city of Cornwall, Ontario, that’s southeast of Ottawa.

The sign was installed on July 14 on the temporary ramp, according to the Ministry of Transportation.

“Errors can occur, and when they do, the ministry takes immediate action to make corrections as quickly as they can. The contractor has ordered a new sign to correct the issue,” ministry spokesperson Michael O’Morrow told Daily Hive via email.

A new sign with correct spelling is expected to be installed sometime on Tuesday.

The misspelled sign got a fair bit of attention when it was shared on Reddit this week. Users made jokes by misspelling other nearby towns, and one user suggested “chronwall” could be a tribute to cannabis lovers in the city.

Cornwall councillor Justin Towndale also weighed in on Twitter wondering how much replacing the sign would cost.