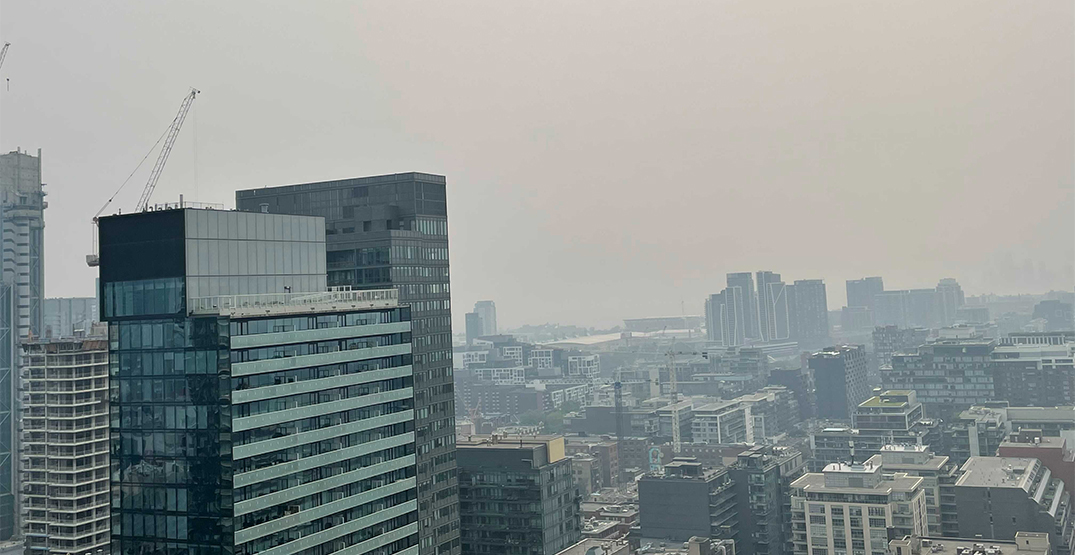 As wildfires continue to rage in northwestern Ontario, the south is facing the worst air quality in almost 20 years due to the smoky haze making its way down.

Environment Canada has issued special air quality statements for Toronto, as well as cities in both southern and northern Ontario as smoke has blown to the south.

According to The Weather Network, conditions won’t improve in the south until Wednesday once the cold front passes through which could, in turn, bring thunderstorms on Tuesday.

The “elevated particulate matter levels and hazy conditions” are factors that have caused the poorest air quality in almost 20 years.

As of July 20 at 9:42 am, the World Air Quality Index lists Toronto in third for the worst air quality and pollution, behind Kuwait City and above New York City. 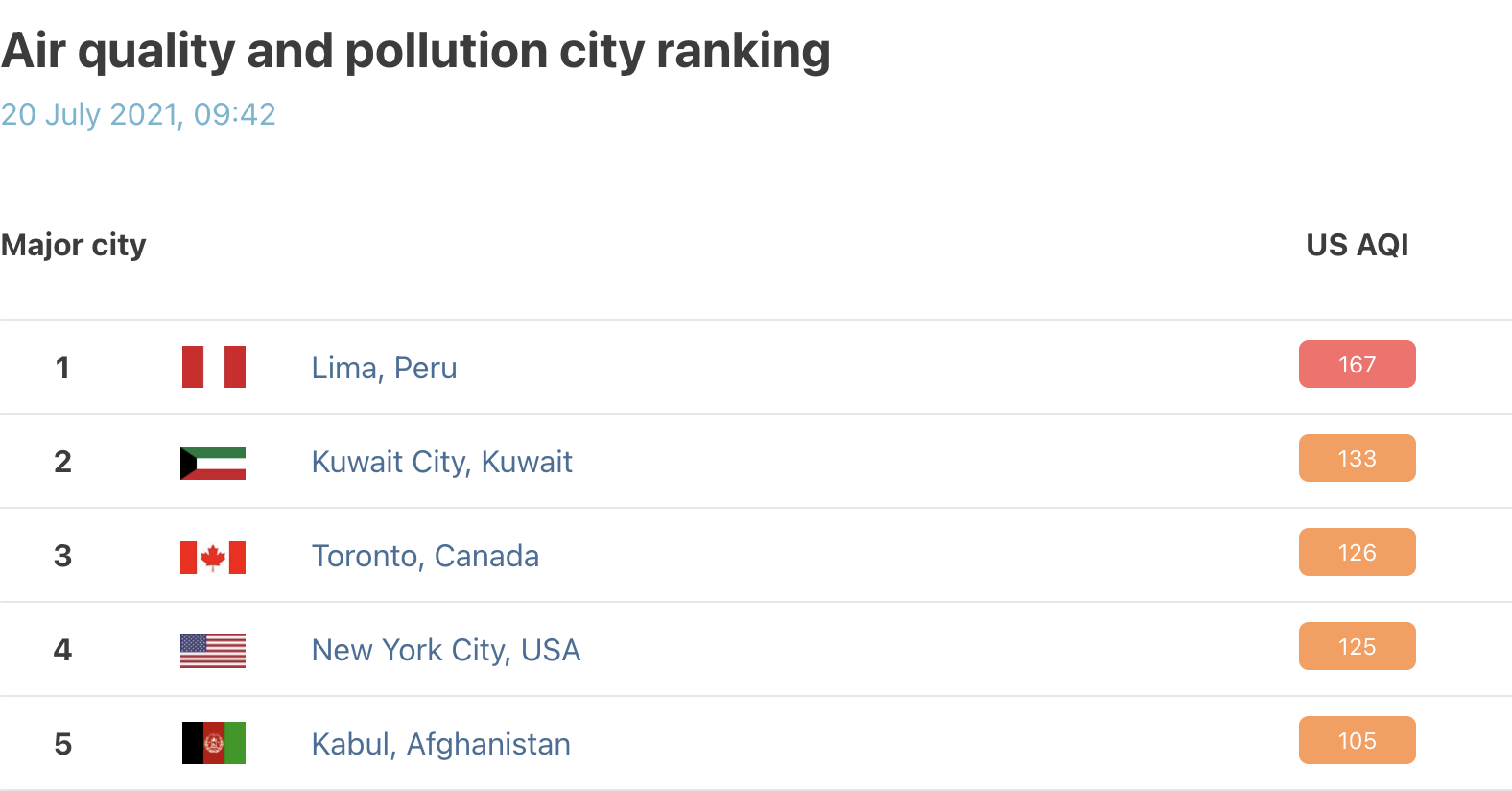 “There have been instances in the past where air quality has been poor due to smog or upper air smoke, but as the wildfire smoke started to descend in the atmosphere on Monday, it eventually created the worst air quality that Toronto has recorded since data started in 2014,” said Matt Grinter, a meteorologist at The Weather Network.

“With the smoke in the sky, it will be interesting to see if that will inhibit how severe these storms are,” said Grinter.

According to The Weather Network, daytime highs will remain in the upper 20s and low 30s, with humidex values reaching the mid-30s on Tuesday.

Once the cold front passes, Wednesday is expected to be much cooler but still a bit humid. You can say goodbye to the muggy weather though.