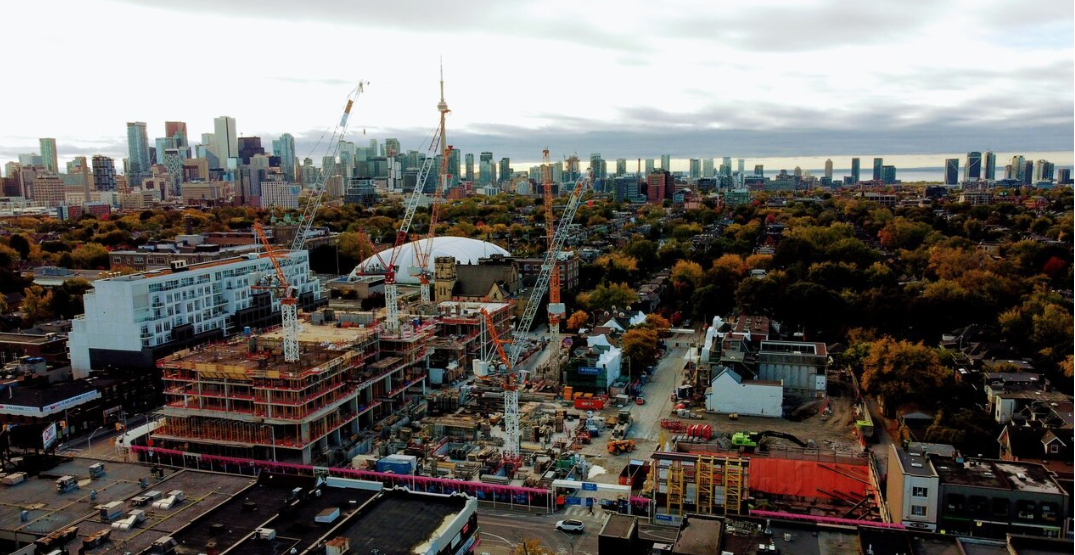 Mirvish Village is beginning to take shape as construction at the former site of Honest Ed’s presses on.

The aerial photos show several cranes towering over the Bathurst and Bloor Street construction site, as trucks and building equipment dot the ground below.

Several stories of what will one day be six residential buildings appear to have been completed on the massive corner lot.

Our Mirvish Village site team is making exceptional progress thanks to our Virtual Design and Construction team as they provide assistance in all forms of #digitalconstruction to build projects of better quality with more efficiency and less uncertainty. #Toronto #technology pic.twitter.com/xP65aFLCv9

Slated for completion in 2022, EllisDon describes Mirvish Village as a mixed-use development. The project includes six buildings which will consist of 916 rental units – 336 of which will be affordable units – commercial retail space, a daycare centre, and a marketplace.

The site is the former home of Honest Ed’s department store. The vast discount store took up the southwest corner of Bathurst and Bloor for nearly 60 years before being demolished in 2017.