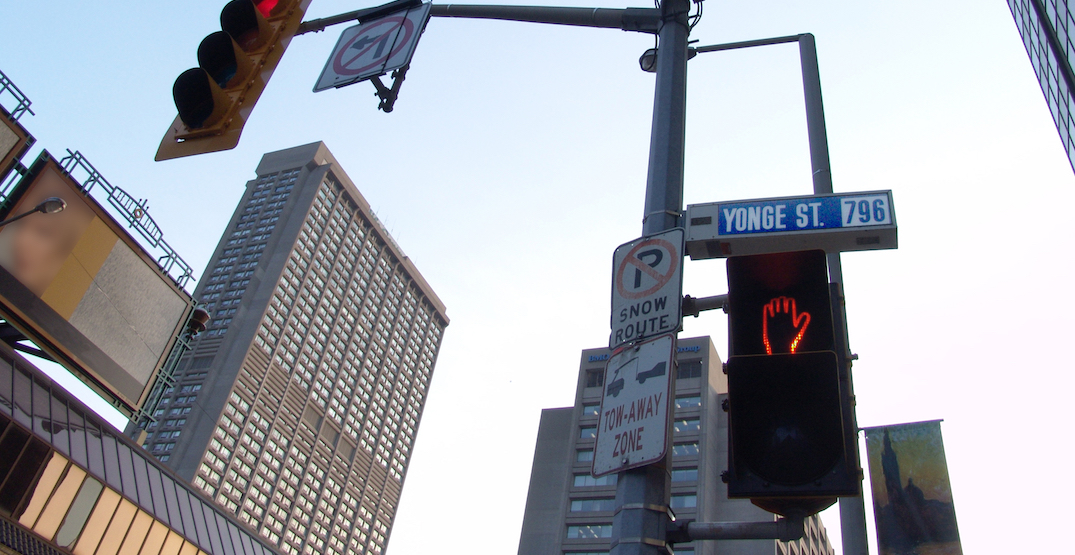 Big changes could be coming to a three-kilometre stretch of Yonge Street this year, including on-street patios and new bike lanes.

A new City report being considered by Council’s Infrastructure and Environment Committee details the City staff’s recommendations for this year’s ActiveTO plan, including plans for a pilot project along Yonge Street.

The street makeover would span from Bloor Street to Davisville Avenue and would be similar to pilot program seen on Danforth Avenue last year.

Some of the proposed changes to Yonge Street include CaféTO on-street patios, new bike lanes, streetscape improvements, and safety improvements. Space would also be made for parking, loading, and deliveries.

The City considered a few different locations to implement the new pilot project, but found that Yonge Street would be the best fit, largely due to the fact that a large percentage — almost 90% — of the frontage along this stretch of Yonge is mixed-use. According to the report, this means “there is a high number of destinations to which people want to travel to and large potential to support local businesses through streetscape improvements and the CafeTO program.”

The report also says that TTC staff is working to make sure the proposed design “adequately accommodates TTC bus stops, minimizes the impact to transit, and improves the street environment for transit users.”

Also in the report were recommendations to forego the weekend closures of Lake Shore Boulevard West this year. Although very popular with runners, walkers, and cyclists last year, the report said that the closures caused increased traffic. And with several long-term construction projects causing nearby street closures, shutting down Lake Shore West does not appear feasible this year.

The report will be considered by the Infrastructure and Environment Committee on March 23 before going to Council on April 7.