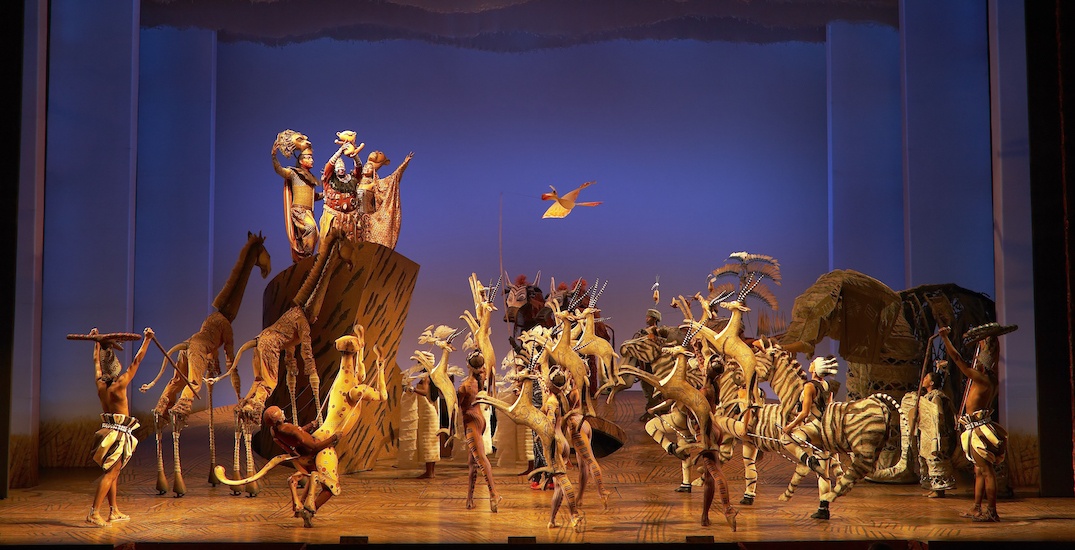 “The Circle of Life” from THE LION KING. (Disney/ Brinkhoff-Mogenburg)

Get ready for strutting giraffes, swooping birds, and leaping gazelles, as Disney’s The Lion King is back in Toronto.

The popular theatrical production is making a triumphant return to the Princess of Wales Theatre for an eight-week engagement that starts on June 13, through August 4.

According to Mirvish, more than 85 million people around the world have experienced the awe-inspiring visual artistry, the unforgettable music, and the uniquely theatrical storytelling of this Broadway spectacular – one of the most breathtaking and beloved productions ever to grace the stage.

Winner of six Tony Awards, including Best Musical, The Lion King brings together one of the most imaginative creative teams on Broadway, bringing to life a story filled with hope and adventure set against an amazing backdrop of stunning visuals.