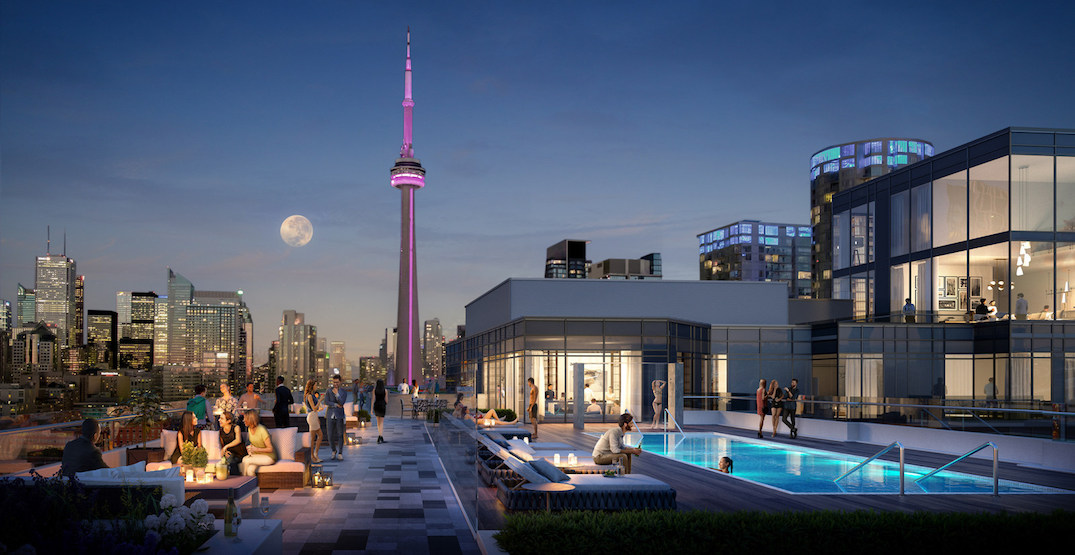 A new purpose-built rental tower downtown Toronto will include some epic amenities.

Minto Capital Management Inc. announced its latest project on Friday – the construction of a purpose-built rental tower at 39 Niagara Street.

The residential rental development is at the northeast corner of Bathurst and Front Streets, in the ever-so-popular downtown west district.

By the looks of their rendering, there’s an epic pool and terrace, with views of the city.

While 39 Niagara is being offered as an apartment and retail development opportunity, Minto says that the site also includes 690 condominium units as part of the Minto Westside building at 27 Bathurst.

Construction is currently underway with occupancy expected in February 2019 for the condominium tower and July 2019 for the rental units.

Last month, Minto announced they were constructing a purpose-built rental building in Oakville.

The 14-storey building, at 1235 Marlborough, will include 144 units and state of the art amenities is a rental apartment building in the College Park neighbourhood at Trafalgar and Upper Middle Road.