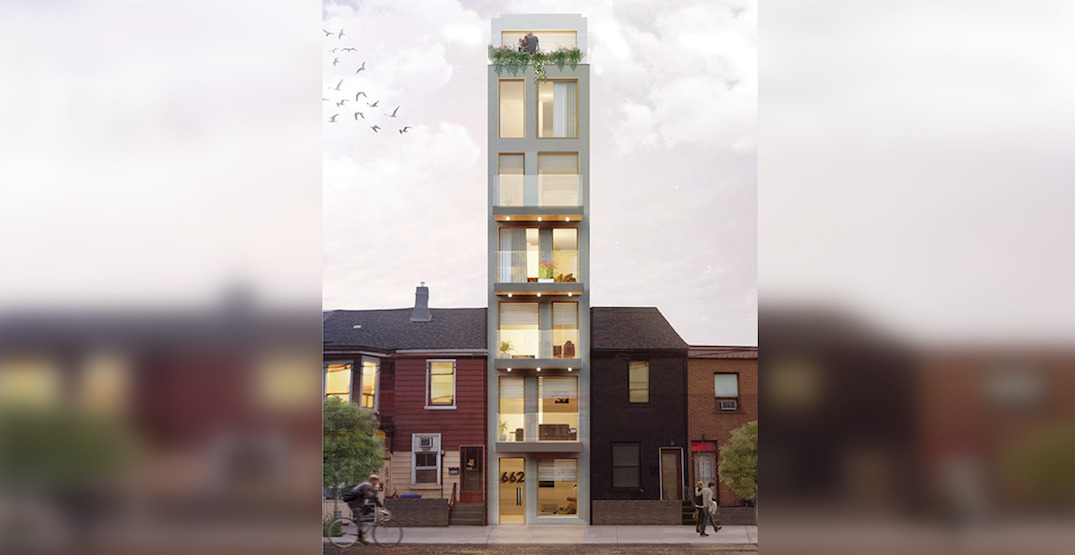 Toronto’s streets are full of under-construction high-rise residential buildings from big developers, but a Toronto architecture firm is proposing an alternative solution that would create more housing while also letting smaller aspiring developers get in on the action: the mini mid-rise.

Created by a team from Smart Density, the mini mid-rise is a compact, six- to eight-storey development style that could provide more units across the city without needing to build excessively tall structures. The design was created and selected as a winner of the Shift Challenge — a design competition from the Ontario Association of Architects focusing on how architectural thinking can tackle social issues.

“We were asking ourselves why we don’t see more mid-rise developments,” Naama Blonder, an architect at Smart Density who helped craft the design, told Daily Hive. “And basically one of the challenges that bigger buildings face is that the majority of the [Toronto] properties are pretty small and narrow, and making an assembly of all of them just makes the project much longer, more complex and quite frankly more expensive.

“So we thought why not create mid-rise buildings on just one of these properties instead of trying to reach a frontage of 100 feet, and that’s how the idea came to be.” 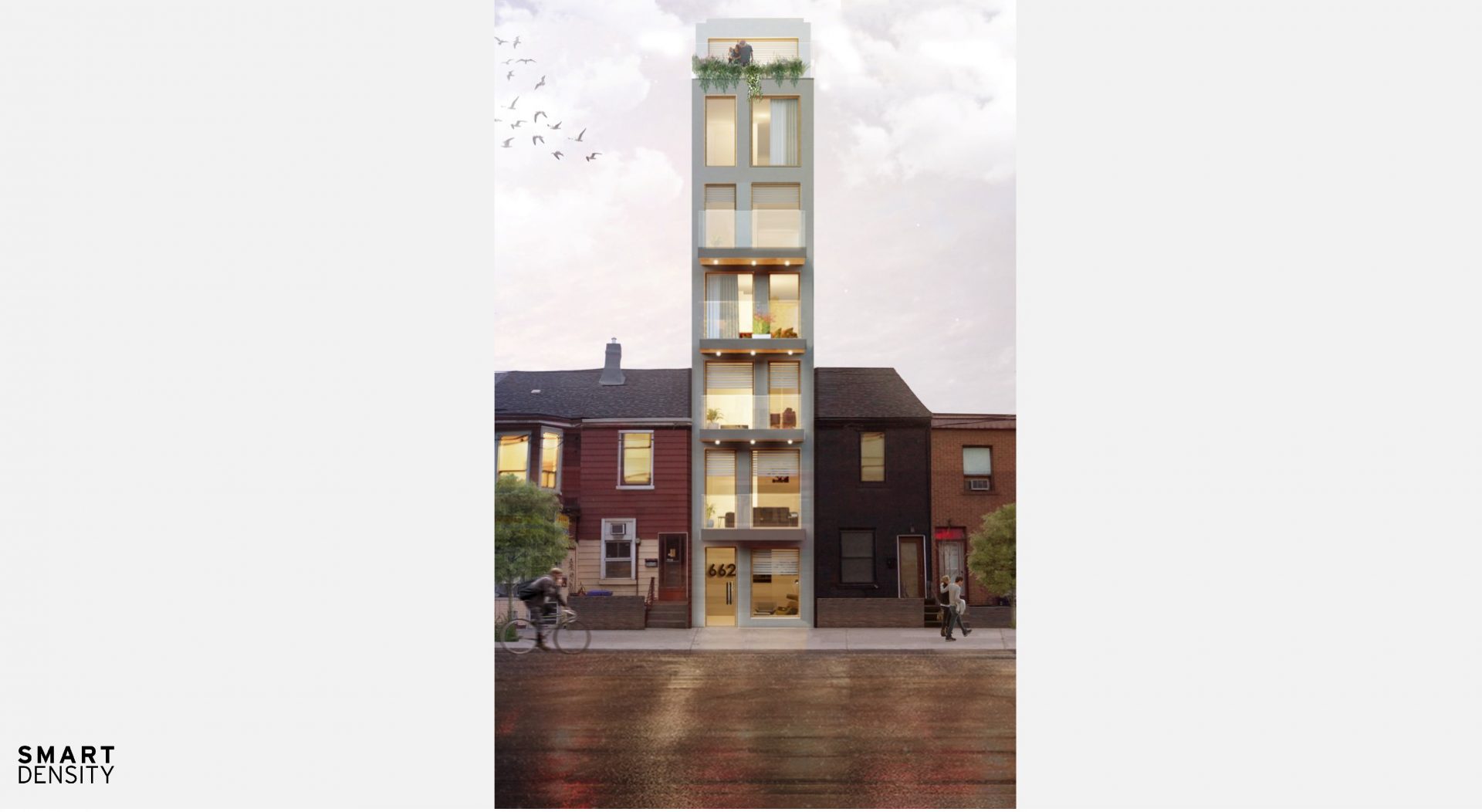 Mid-rise buildings are extremely popular in European cities like Paris, and Blonder sees them as a possible solution to Toronto’s unaffordable housing market, which has limited inventory and extremely stiff competition.

Blonder also says that the mini mid-rise design will allow smaller aspiring landlords and developers to create more units without having to acquire a large piece of land.

“It opens the door for so many smaller developers that don’t have the access to capital in order to fund their project,” Blonder said. “In this case, it could be the moms and pops that currently have a two-storey building that is a big part of how they make their living, and convert it into a small-scale development, increasing it from two to six storeys, or two to eight storeys could make a difference not only for the owner but also for our main streets.”

The City of Toronto previously studied mid-rise buildings and determined that “the avenues,” which includes large swaths of Bloor, Danforth, College, Eglinton, and Queen, among others, are appropriate places to build mid-rise developments. Blonder says that building mid-rises along these main streets will also benefit business owners there.

“You need more people to support businesses because rent is increasing, and if small businesses don’t have the right amount of density and traffic flow of people to purchase from them, it’s going to cause huge problems,” she said.

With many Torontonians against increased density in their neighbourhoods, Blonder says they need to consider what entering the housing market looks like for younger generations right now.

“What I say to those people is ‘Where are your kids going to live? Because affordability, the ability to just buy a house — the same one you live in — it’s not on the table. It’s not an option for our generation, not to mention future generations,'” Blonder said. “They want [their kids] to have access to the same great neighbourhood they raised them in, so we must come up with other kinds of units.”

Blonder says the design has already received some interest from developers, and she hopes to see it becoming more common in the near future.