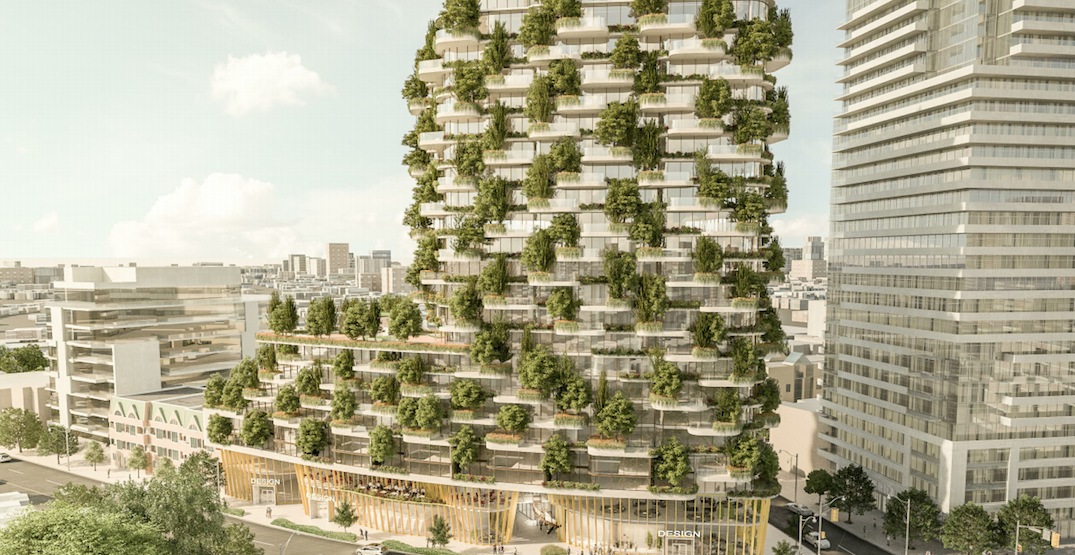 The streets of Toronto’s Annex neighbourhood could soon have a brand new building that’s completely covered in trees.

Planned for 314 Davenport Road, the new 22-storey development is expected to be primarily for condos — of which there will be 100 — but it will also have showrooms and retail space on the first floor, according to design plans filed with the City. 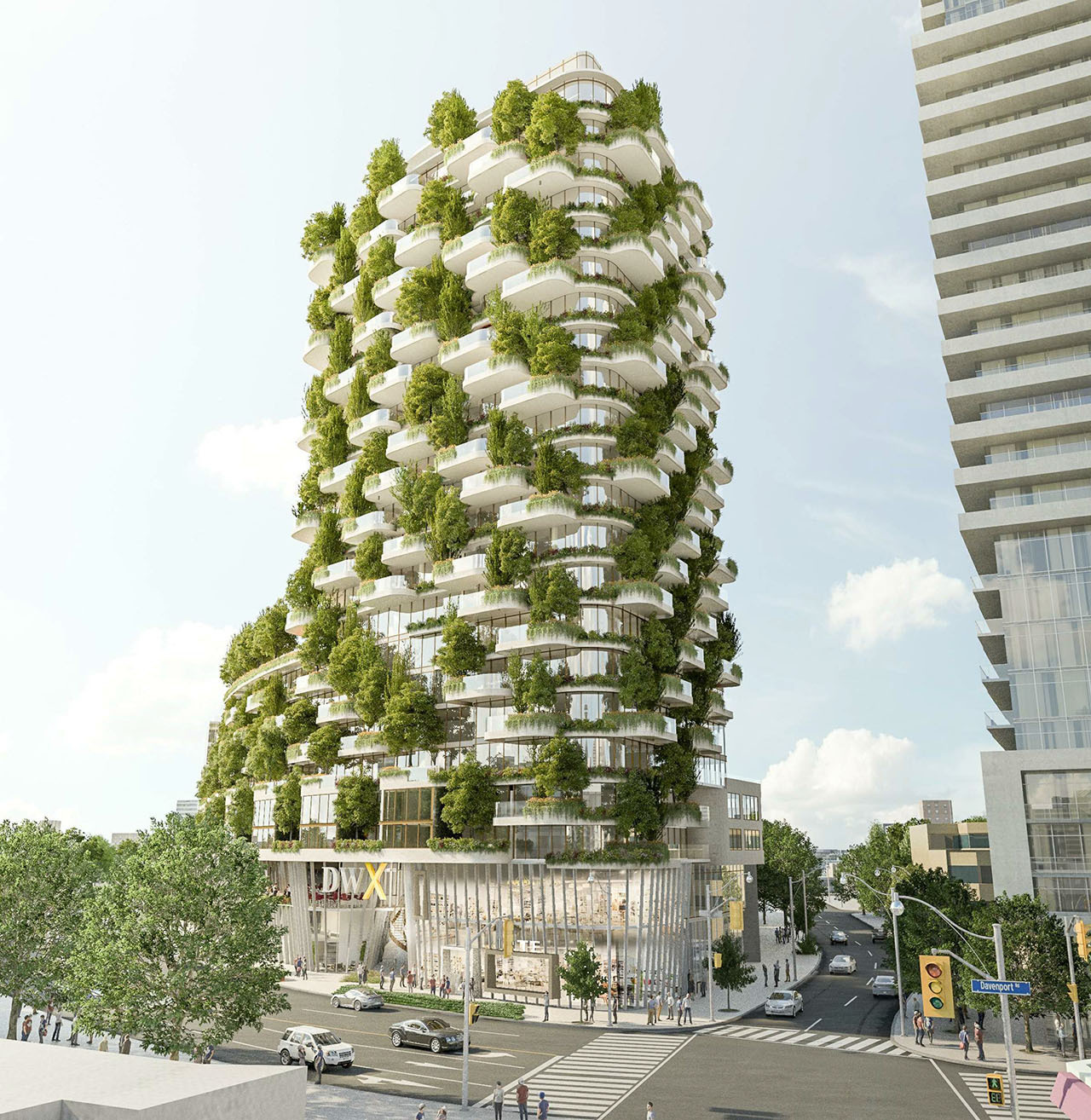 If approved by City Council, the towering vertical forest development would replace the two-storey Designers Walk building — which houses a collection of design showrooms — a small home, and a three-storey commercial building.

It goes without saying that the most striking feature of the building is the mass amounts of greenery on its facade. Renderings of the development show that the building’s balconies and terraces would be wrapped in greenery and vegetation to give the high-rise a look that will really stand out in the Toronto landscape. 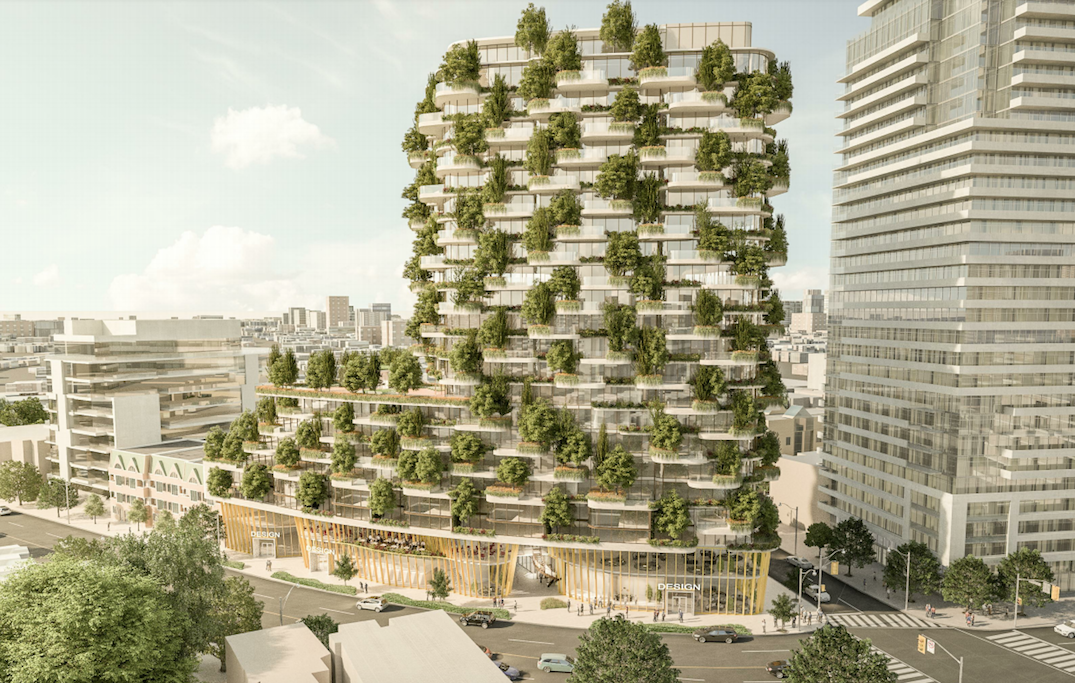 This project has been in the works for several years now, with original plans being filed by the developers, Cityzen Development Group and Greybrook Realty Partners, back in 2013. It has undergone several changes since the original plans were first filed, but the developers are now awaiting City approval on the most recent version.