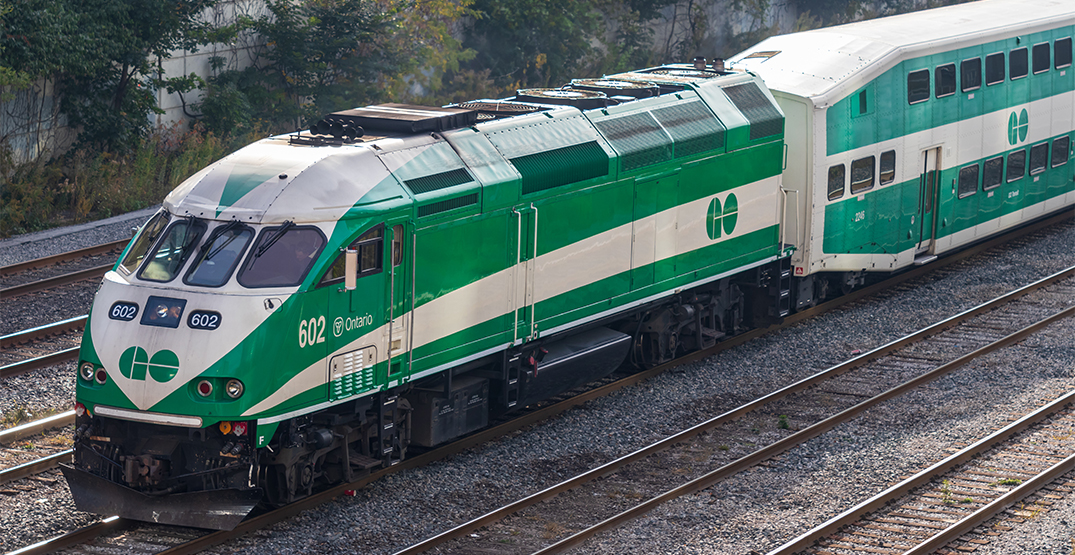 Metrolinx says the new mandatory vaccination rules for air and rail passengers in Canada won’t apply to its trains, adding it won’t check if GO or UP passengers are immunized.

James Wattie, spokesperson for Metrolinx, told Daily Hive that the new federal rules only apply to Via Rail and Rocky Mountaineer trains.

He added that Metrolinx has no plans to implement a mandatory vaccination policy for customers.

“Logistically, it would be difficult,” Wattie said. “We aren’t a one-entry-point transit system. There are hundreds of entry and exit points to trains and buses and we are a connected network with 14 other transit systems.”

Prime Minister Justin Trudeau confirmed earlier this week that plane and train passengers in Canada will need to show proof of vaccination starting on October 30, 2021.