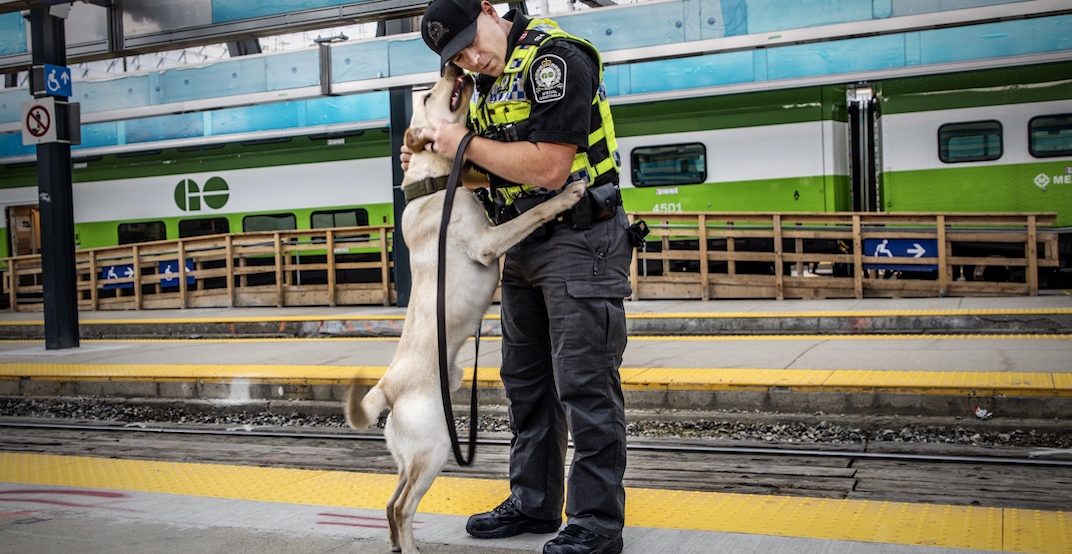 Metrolinx is welcoming a new breed of officers to its safety team, complete with four legs and wagging tails.

Starting in September, a K9 unit will be joining the safety team, a move that will allow Metrolinx to have officers on-call 24 hours a day to investigate suspicious objects found at stations, potentially saving GO Transit customers hours in delays, according to the transit authority.

“We always encourage our customers to say something if they see something,” says Bill Grodzinski, director of transit safety in a statement.

“Now with our new K9 officers, we can ensure public safety by investigating these incidents on our network much quicker.”

According to Metrolinx, three canines were carefully selected to join the team based on a combination of genetic and behavioural qualities, including having a “keen nose” and being in “good health.”

Additionally, the dog’s ability to respond to commands, its “hunt drive,” how well it copes in large public spaces, and how it reacts to noisy transit vehicles were important factors. 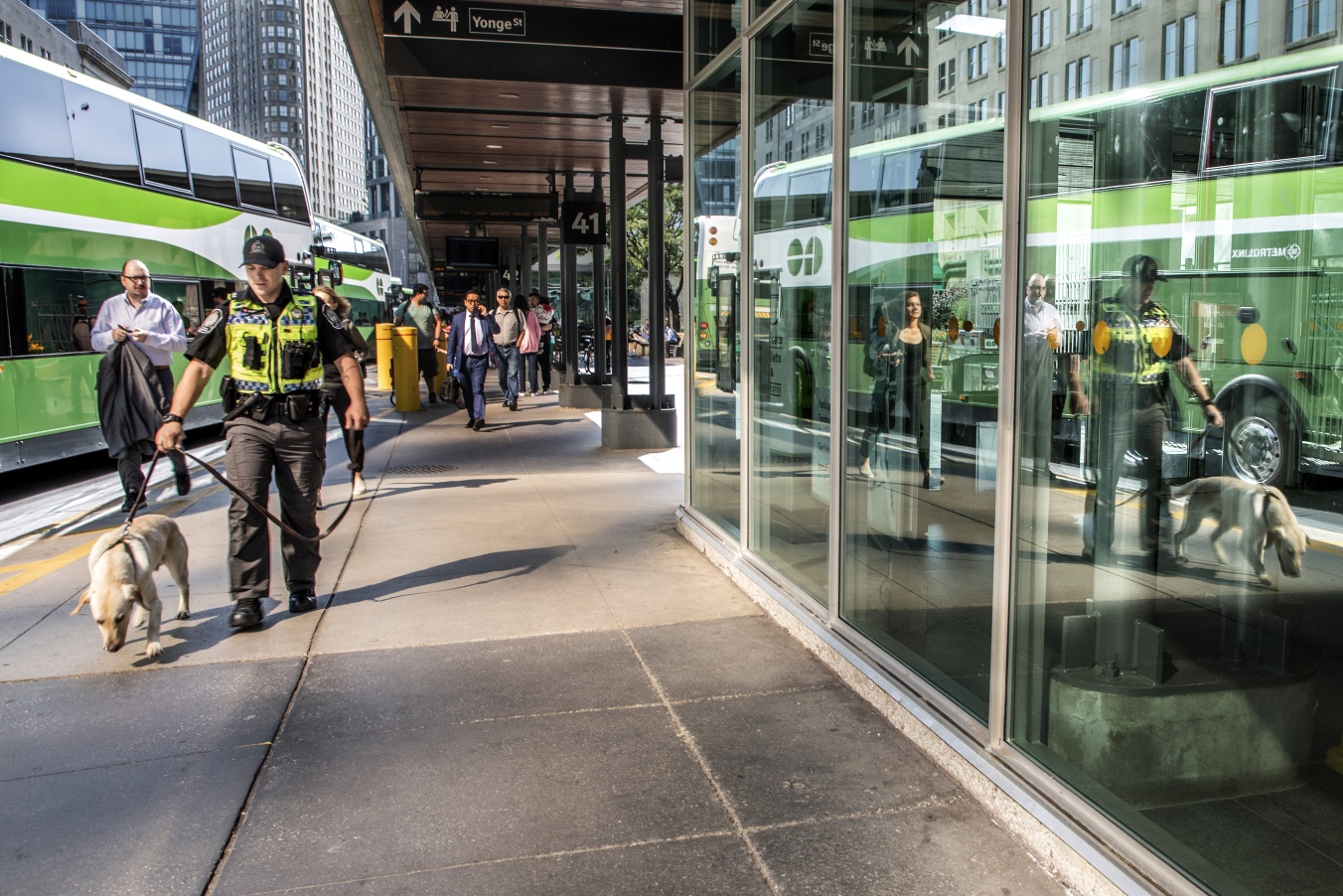 During the training, the dogs learn the distinct odours associated with dangerous materials, a skill referred to as ‘imprinting.’

The dogs will then have to test their imprinting skills in real-world settings, which includes hiding dangerous materials around a Toronto police training facility and the handlers and the dogs need to sniff them out. 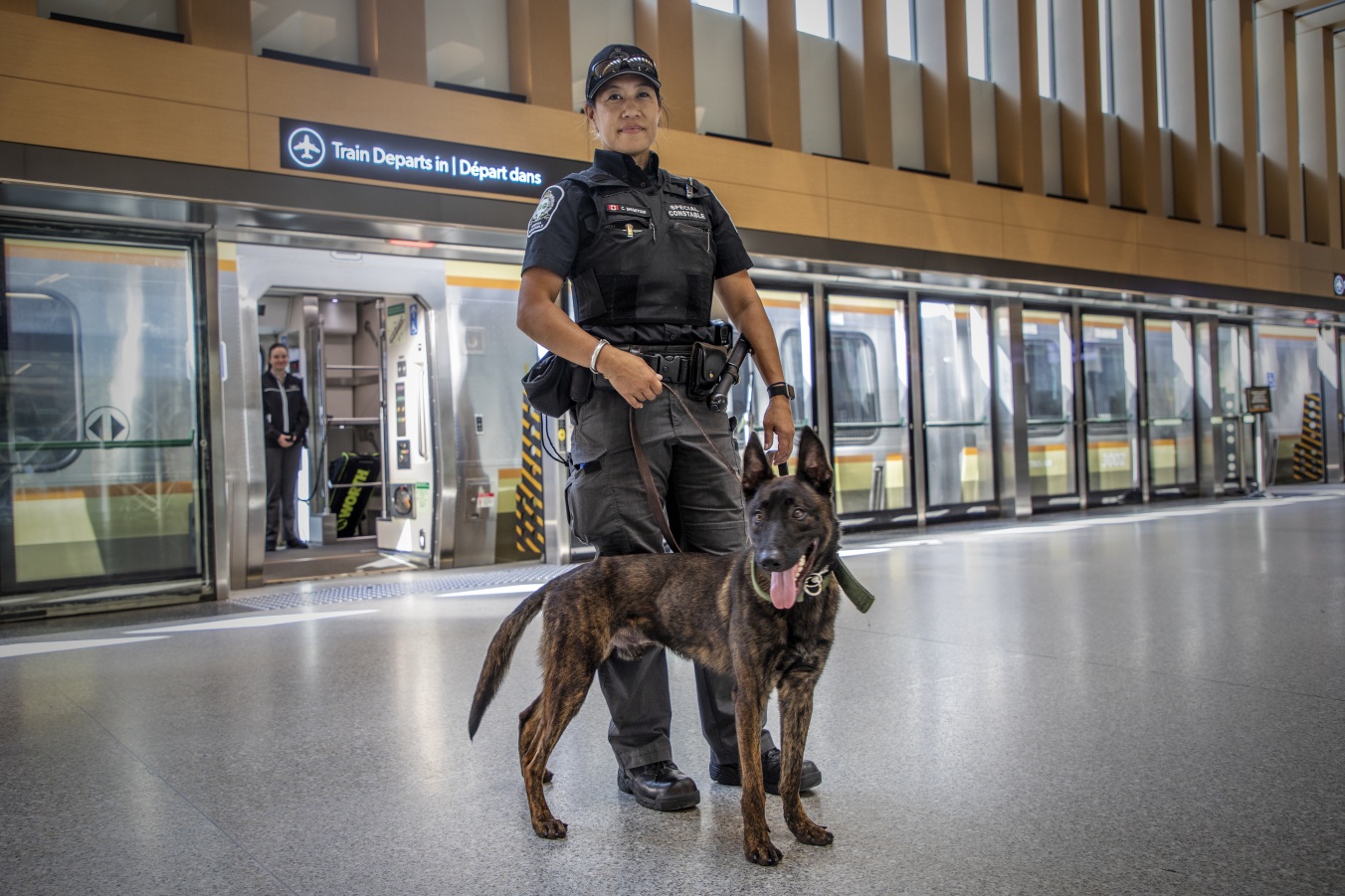 “While we have a robust safety and security program in place, K9 teams are proven at deterring danger and enhancing safety,” says Sergeant Cam Cooper, Metrolinx transit safety training supervisor.

He added that the three new team members will be on duty starting this September. 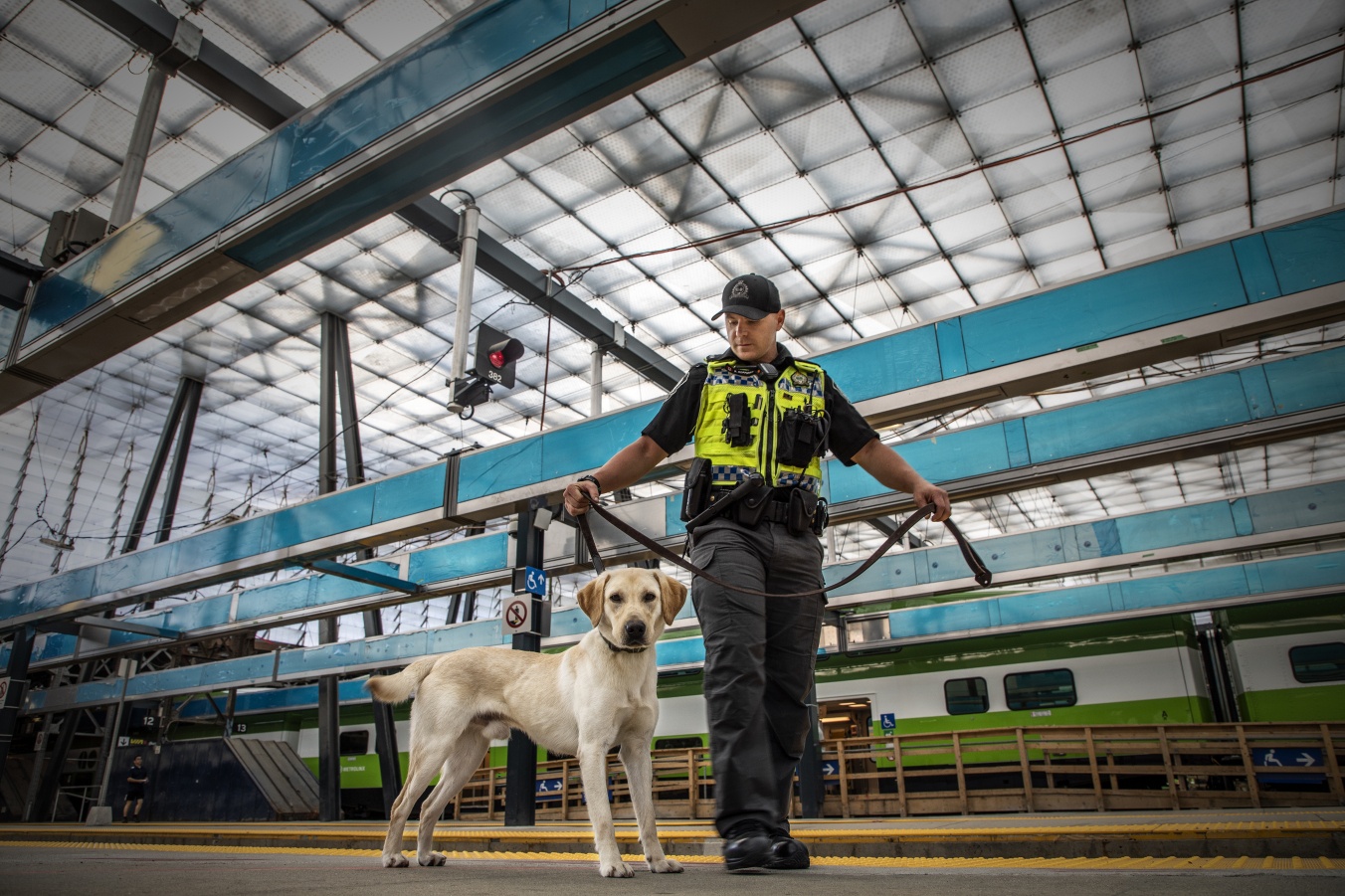 While the dogs are friendly, Metrolinx is reminding the public to “respect their space” when they’re on duty.

“Of course there will be interest, it’s an animal,” says Cooper, adding: “it’s important to let our handlers do our jobs for your safety — and for the safety of the handlers as well.”

After hours, Metrolinx spokesperson Anne Marie Aikins says the dogs will live with their handlers.