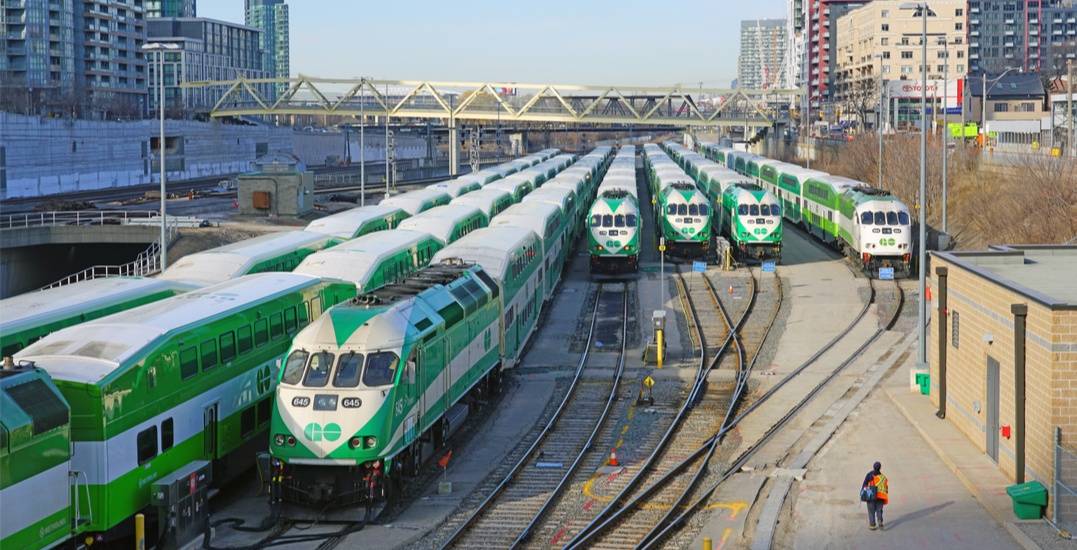 The Ford government is looking to sell the naming rights of five GTA GO stations, including one in Toronto.

According to Metrolinx, they are currently seeking proposals from interested parties for the “Station Naming Rights Opportunity” at Whitby GO, Pickering GO, Clarkson GO, Oakville Go, and Exhibition GO.

The commercial opportunity document released by Metrolinx on August 1 outlines its partnership objectives, which includes “to generate additional non-fare revenue” as well as to “provide unique engagement and awareness opportunity for partners.”

The partners would have the naming rights for the station for a minimum of five years and a maximum of 10 years.

Essentially, the rename would be similar to Air Canada Centre’s transformation to Scotiabank Arena.

As for the revenue, the Toronto Sun, who broke the news on Thursday, reports that Metrolinx estimates it could charge $50,000 to $500,000 per station per year.

In its documents, Metrolinx also states that the partnership will create opportunities to develop shared learning opportunities with access to their customer base for research.

Sara Singh, deputy leader for the NDP, has sent a letter to the Information and Privacy Commissioner of Ontario asking them to step in.

“Ontario families don’t want their data — or their children’s data — sold off to private corporations,” said Singh. “We’d like the privacy commissioner to step in and offer an opinion, and ultimately, we’d like Doug Ford to take this proposal off the table, before private corporations can track our movements using our presto cards.”

Metrolinx will begin meetings and site visits with interested parties starting on August 2. It says it will enter negotiations with a proponent anytime on or after November 28, 2019.