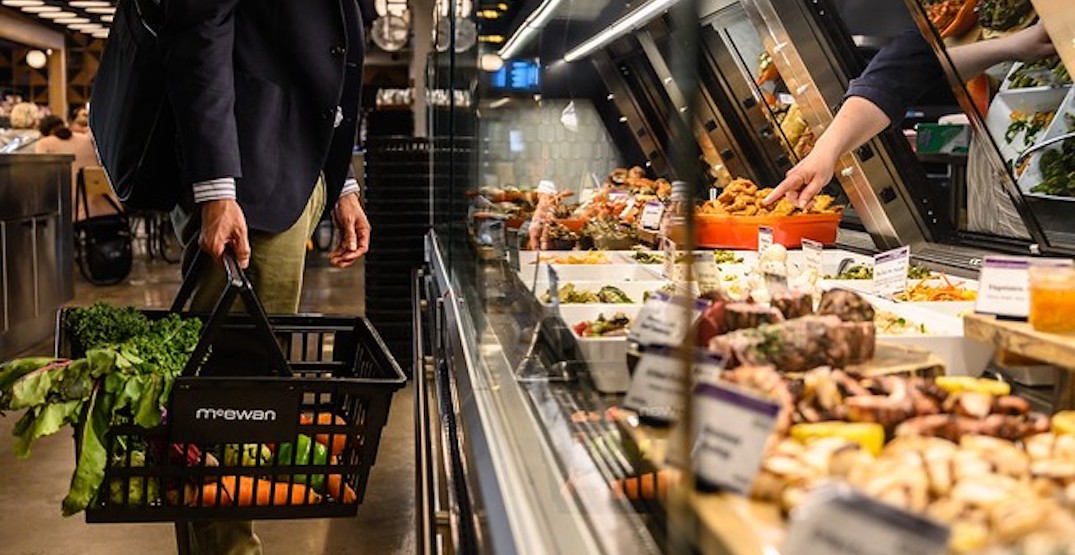 The fate of a McEwan Fine Foods location is in limbo after its parent company filed for creditor protection last month.

Due to a “liquidity crisis” following the COVID-19 pandemic, McEwan Enterprises Inc. (MEI) filed under the Companies Creditors Arrangement Act (CCAA) on September 28. Court documents state that the company currently holds around $11 million in outstanding liabilities and a cash balance of about $1 million.

In the court documents, the affidavit states that the most significant strain on the company’s liquidity was the opening of its Yonge and Bloor location back in 2019 due to high operational costs and “disappointing sales results.”

Eric McEwan, COO of the McEwan Group, told Daily Hive that there is no closing date for their Yonge and Bloor location at this time.

“Our employees and suppliers remain our top priority at this time, and we look forward to serving Toronto at our other two locations,” said McEwan.

The two other locations are its Don Mills and TD Centre storefronts.