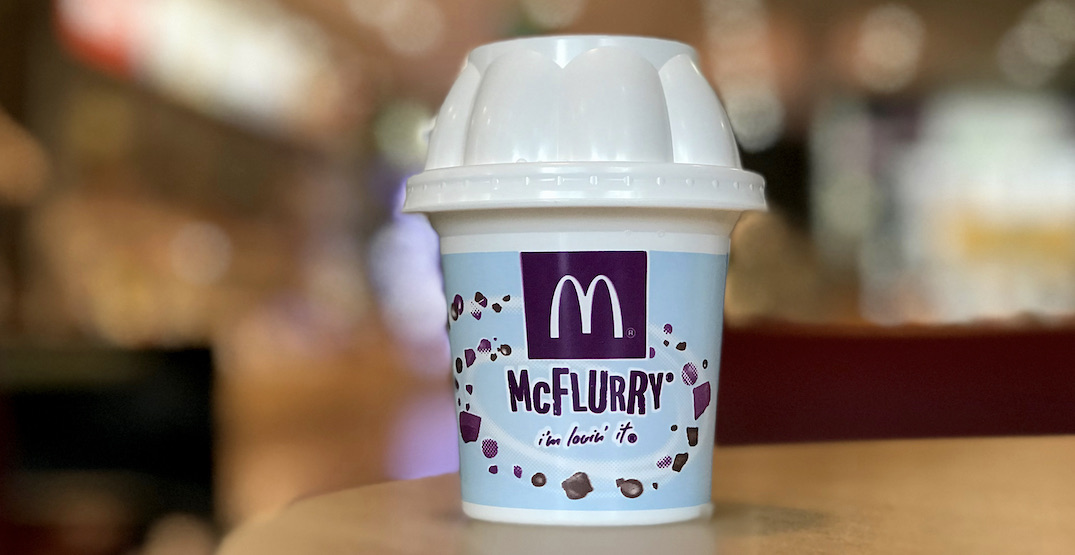 Calling all McDonald’s McFlurry fans, we’ve got a controversial ranking you may feel inclined to weigh in on.

The McFlurry, first introduced in 1997, is undoubtedly one of the international fast-food chain’s best sweet treats. There’s no denying that.

But, what we can argue, is that some flavours are obviously superior to others. If you disagree, take a good hard look in the mirror and ask why you choose to lie to yourself.

We know what you’re thinking: what qualifies you to even make this? Well, over 20 years of Vanilla Ice Milk stomach aches and sugar highs, that’s what.

So here you have it, an arbitrary and definitive list of McDonald’s McFlurry flavours ranked from worst to best.

While Skor is a relatively unproblematic treat, we’d argue it’s not a fan favourite on its own. Chocolate toffee bars can be tricky as many folks do not want to deal with the jam-packed toffee chunks that may or may not get lodged in your teeth while eating. We love a crunchy texture within our ice cream, but the aftermath of enjoying one of these bad boys deters us from giving it a higher spot on this list.

We know what you’re thinking. Is this available year-round? We thought the same because Cadbury Creme Eggs scream “Easter,” and eating this treat after that holiday feels a bit like cracking open the Christmas cookie container in July. It’s still on McDonald’s Canada’s website as an available flavour, hence why it’s on this list, albeit relatively low as a ranking. The texture of this treat, however, saves it from being lower.

This is the only time we eat original M&M’s, aside from when we’re desperate, and there’s one of those tiny Halloween packs laying around. Original M&M’s are fine on their own, but we’ve never craved them enough to pause our serial killer documentary and peel ourselves off the couch to fetch them. The McFlurry aspect elevates M&M’s, and the combo makes it a much more desirable treat. We’d definitely put on our “outside sweatpants” to hop in the car and hit up a drive-thru to order it.

It was missing from McDonald’s Canada menus for a ridiculously long six years, but it was never missing from our hearts. The Smarties McFlurry is back from the dead, and our bodies are ready. Not only is this creation an ode to a Canadian classic, but the chocolate chunks dotted amongst the ice cream are typically larger, and therefore pack more of a punch than the M&M’s variety.

No matter the time of year or the temperature outside, the OREO McFlurry is clearly the superior variety in McDonald’s lineup of options. There’s something about the way the famous black wafers and white, sweet crème filling blend into the ice milk that just kills it. The ice cream ends up tasting like the middle of the OREO, and the cookie incorporates the ever so important “crunch” to the texture of the treat. Ten of out ten would always eat again.