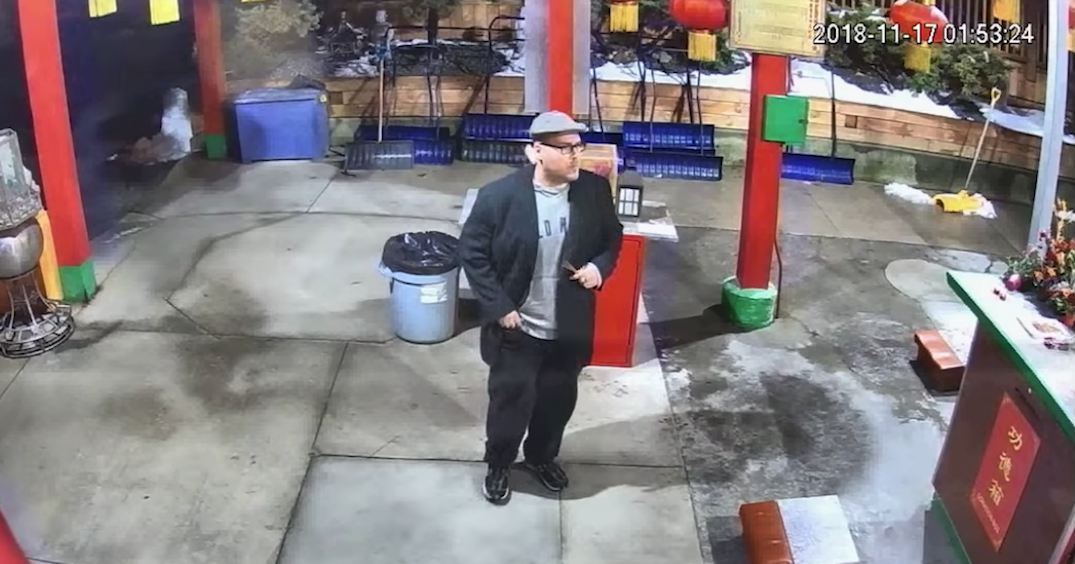 York Regional Police are looking to identify a suspect following several break and enters into a Buddhist temple in Markham.

Investigators say a series of break-ins occurred between November 8 and November 26 at a Buddhist temple located in the area of Bayview Avenue, north of Steeles Avenue.

On at least four separate occasions, police said the suspect forced entry into the temple and stole cash from the donation bins.

The suspect was captured on video surveillance. Investigators are releasing the images and are appealing to the public for assistance in identifying the suspect.

He is described as male, white, late 30s to 40s, and wearing black framed glasses.