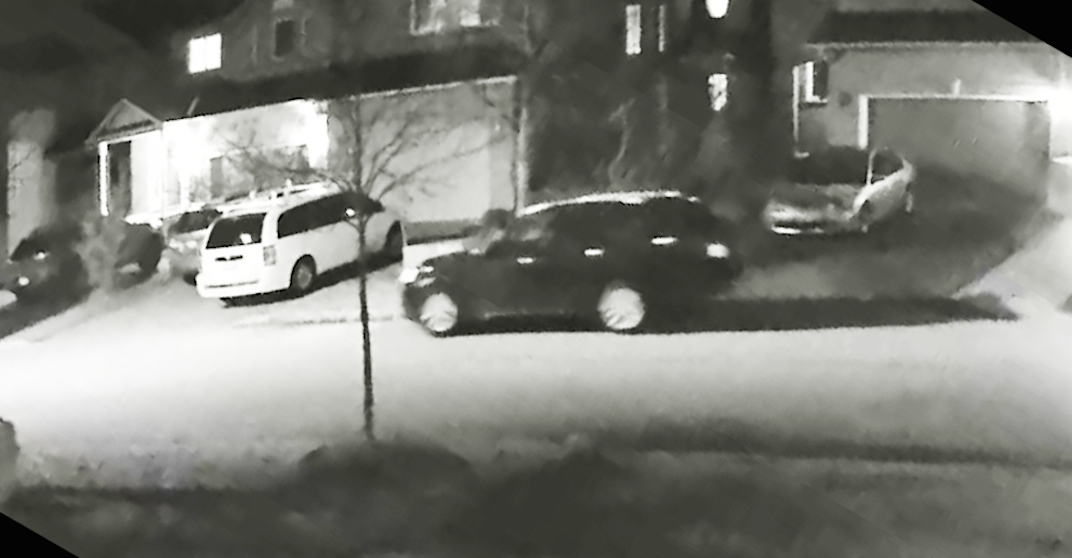 Durham police have released a surveillance video of a vehicle believed to be involved in a shooting in an Ajax residential area on Sunday night that left a man critically injured.

The shooting, which occurred in the area of Hibbard Drive near Rossland Road West and Harwood Avenue North just after 9 pm on Sunday, November 25, left the 39-year-old male victim in critical condition, police say.

Officers responding to reports of gun fire – now investigating a shooting on Hibbard Drive in @TownOfAjax – victim being treated in hospital. More information to follow. pic.twitter.com/P5hDhdop6r

Police say that from reviewing the surveillance video, the suspect’s vehicle is a mid-sized SUV that’s dark in colour.

Investigators have released the security video with the hopes that members of the public can help identify the vehicle.

In the 31-second video, which is composed of a series of shots from different angles, you can see an SUV drive down a residential street in Ajax. At one point, before the vehicle travels past a driveway, two people exit the vehicle.

When officers arrived at the scene, they located a man inside an SUV suffering from life-threatening injuries.

Anybody with any relevant information is urged to contact Det. Hawkes of West Division Criminal Investigations Bureau at 1-888-579-1520 ext. 2521.