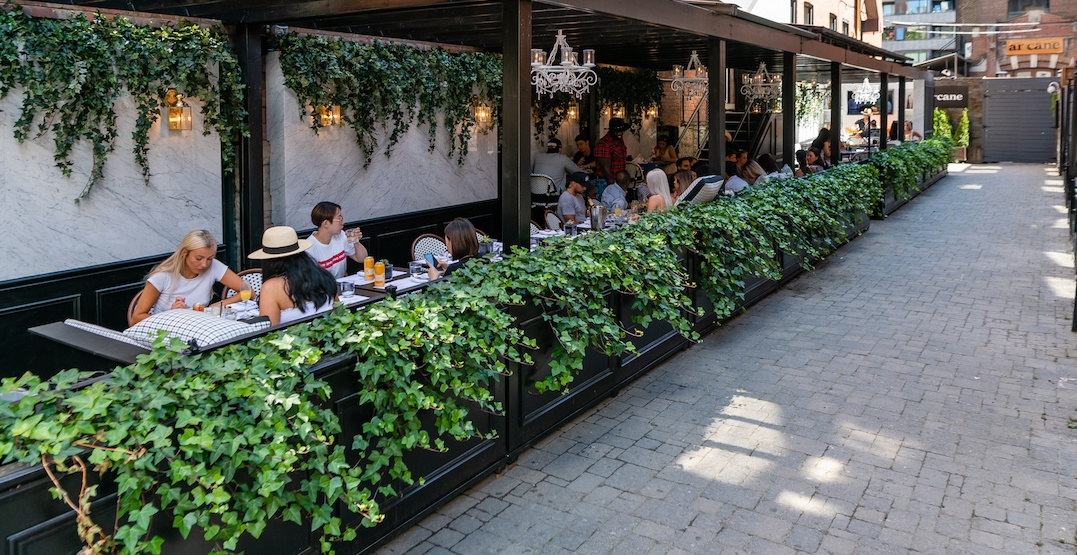 The AGCO has conducted an investigation on popular downtown bar MARBL following circulation of a video that showcased a crowd, according to Mayor John Tory.

The video, shared on Twitter over the weekend, has garnered attention while making its rounds through social media.

According to a spokesperson from MARBL, the clip doesn’t capture the true essence of that evening’s events.

“When thunderstorms began in the middle of service on Friday, we were forced to bring the group under the covered portion of our patio to finish their evening. The two-minutes of footage that has been shared is an anomaly and not reflective of the rest of the evening, which was all socially distanced,” Daily Hive was told.

“Police officers and our city’s health inspectors have visited our venue more than [three times] this week and found that we were following all protocols. The footage is not representative of any other evening at MARBL and as good operators, we are committed to following the rules put in place.”

The spokesperson added that MARBL is “committed 110%” to following the rules and regulations set in place, and their team is in the process of clarifying the details of Friday night’s service with the appropriate parties.

During a media briefing this week, Tory confirmed that MARBL was under investigation by the Alcohol and Gaming Commission of Ontario (AGCO), and “the licensing authorities.”

Those parties will decide “exactly what happened and then decide on what remedy might be appropriate,” the mayor said.

“We’ll await the results of those investigations.”

In early June, MARBL cited support from regulars and still-learning staff as the reasons for a crowd outside the eatery on one particularly sunny weekend.

An image of the busy scene, shared on Twitter, showed an across-the-street view of the restaurant’s immediate outdoor surroundings, which were bustling with people.

At the time, a spokesperson from MARBL said the crowd was a result of support for the restaurant’s takeout menu from regular patrons.