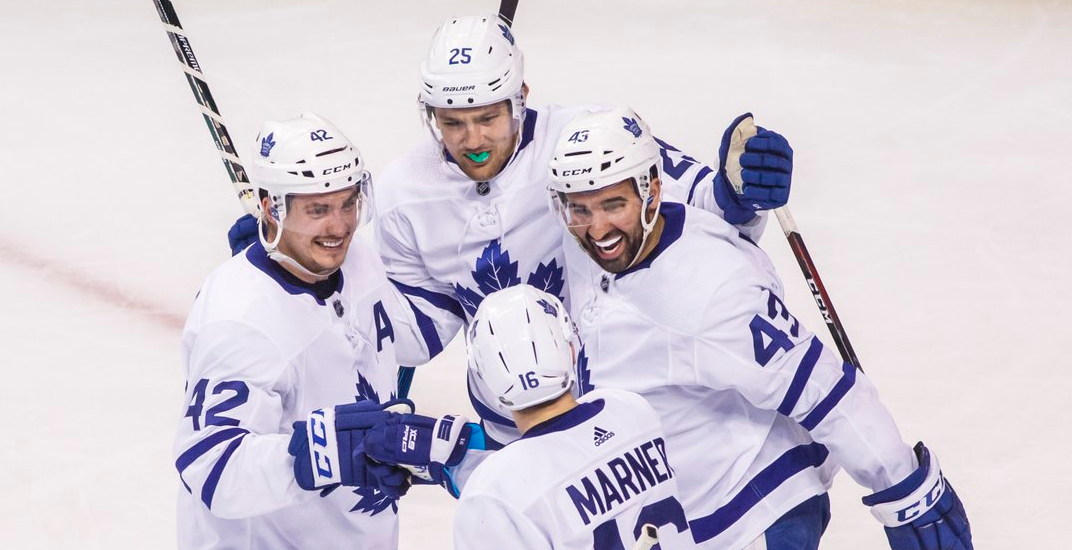 As it turns out, a 4-1 score does not always mean the Maple Leafs are doomed in Boston.

The Leafs were desperate, on the brink of elimination, scoring two quick goals in the first period in Game 5 on Saturday.

Connor Brown was clearly taking notes from Sidney Crosby with this sweet mid-air tap in, and Auston Matthews continued his production from Game 3 with the nifty assist.

Andreas Johnsson scored three and a half minutes later off a beautiful feed from Nazem Kadri.

It seems Kadri was more than the dirty disappointment that epitomized his Game 1 performance, as was the hope from many.

Would be a nice night for Nazem Kadri to have a career-defining game, eh

But while Kadri kept out of trouble, his teammates weren’t quite as disciplined in the second period.

In total, Toronto accumulated 16 minutes in penalties to Boston’s six, a stat that needs to change if the club hopes to advance. David Backes eventually netted Boston’s first goal of the night on the power play, but Toronto’s Tyler Bozak and James van Riemsdyk were able to respond.

Two skaters on expiring contracts this season, Bozak and JVR are on the team because of their experience, and both must continue performing as these next game(s) may be their last in Toronto sweaters.

Case in point, last night certainly looked close to their final game – and eerily similar to 2013 – entering period three. I’m sure JVR and Bozak could attest, each being one of five remaining skaters from that 2013 squad on Toronto’s current roster.

Not surprisingly, the final moments were nothing short of a shooting gallery, but fortunately for Leafs fans Frederick Andersen came up big once again.

Frederik Andersen’s 42 saves tonight are tied for the 5th most in #Leafs history when facing elimination pic.twitter.com/42IwtsY3IF

Where would Toronto be without him?

The Leafs survived another day, and it’s time to stand together.

Game 6 is on Monday at 7 pm at the Air Canada Centre.