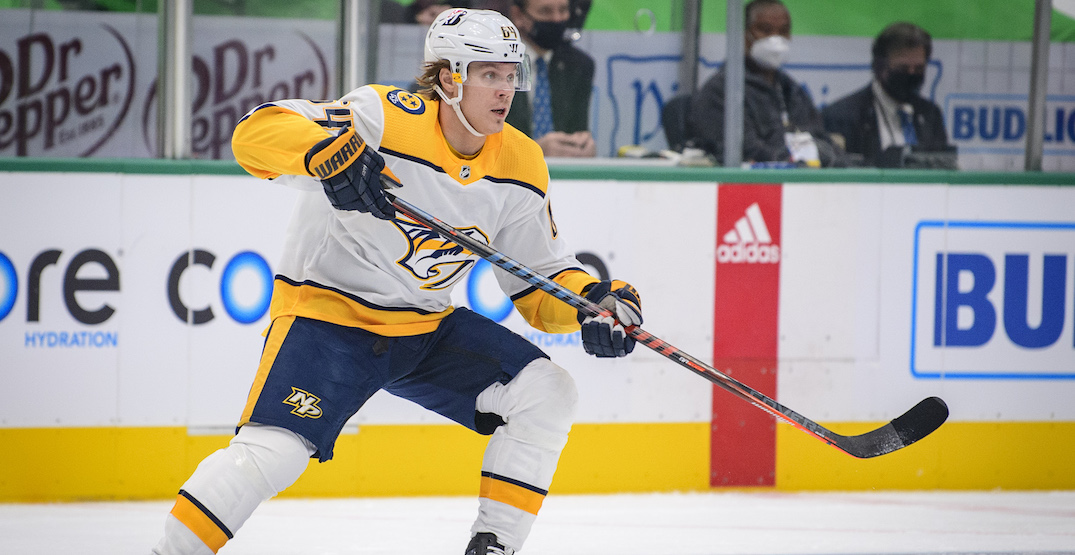 It appears the Toronto Maple Leafs are looking to bolster their lineup.

According to TSN’s Darren Dreger, the Leafs would like to add to their forward group before the trade deadline.

“Management would like to bolster their forward group,” Dreger said on Insider Trading. “Look, if you go back two weeks ago they weren’t certain that’s what they would do, but they would like to give this group a little bit more depth and firepower. Particularly in the middle of the lineup.”

“Toronto has the prospects, and if necessary have the draft picks to make something like that happen. As long as the Leafs continue to win, then I know Dubas is going to try and bolster the group up front.”

Dreger mentions that Nashville Predators forward Mikael Granlund is someone the Leafs could go after. So far this season, he has put up four goals and nine points in 19 games. Granlund is currently on a one year contract worth $3.75 million.

This follows a report from Sportsnet insider Elliotte Friedman. During Hockey Night in Canada on February 20, Friedman mentioned that Nashville might be willing to listen to trade offers for anyone other than Roman Josi, Ryan Ellis and Pekka Rinne.

Currently, the Leafs sit atop the North Division with an impressive 17-4-2 record through 23 games this season.

The Leafs next game is tonight against the Edmonton Oilers. They will look to complete a sweep of the Oilers in this three-game season series. The previous two games have been nearly perfect for Toronto and resulted in shutouts.

The NHL trade deadline is just under six weeks away on April 12.