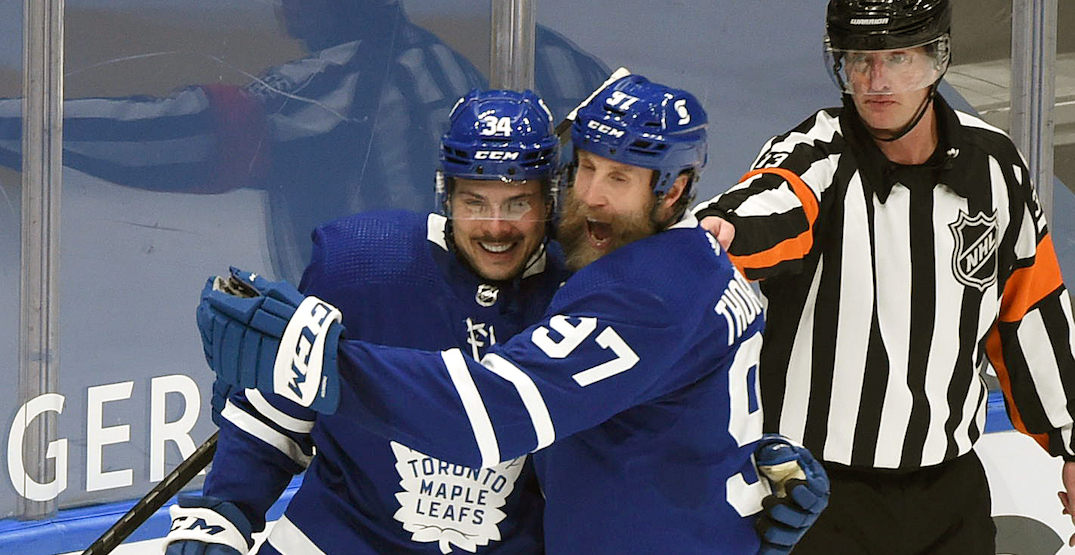 It’s no secret that the Toronto Maple Leafs and Toronto Raptors try to share a few ideas here and there.

The team’s management groups often appear in videos and promotional materials together, and there’s no shortage of quotes and photos through the years of the players supporting one another throughout their respective seasons.

How much is genuine and how much is manufactured by MLSE as a publicity gimmick is up for debate, but at the very least, it’s clear that everyone involved benefits when both teams are doing well and are happy about it.

And while Kawhi Leonard might be nearly two years removed from playing his last game in a Toronto, it is time for Sheldon Keefe to take a big idea from Raptors’ head coach Nick Nurse and his infamous ‘load management’ model.

Sure, Nurse and Leonard weren’t the first people in sports to come up with the idea of occasionally giving your players some more time off than usual. But did anything contribute more to the Raptors 2019 NBA Finals victory than making sure their biggest star was able to be as healthy as possible come postseason?

If the Leafs are looking to have a real championship run this year — with the stars as aligned as they’ll ever be, the Leafs should start implementing a team-wide load management policy for the remainder of the regular season.

If I had to hazard a guess, I’d argue that Frederik Andersen could benefit the most from getting more nights off than he’s used to. Since arriving in Toronto in 2016-17, Andersen has made 260 starts, nine more than any other goalie in the league and one of just 13 to make at least 200. Needless to say, he hasn’t had too many nights off.

Andersen is at the top of the hypothetical rest chart, but there’s no reason they can’t extend the policy to the rest of their team. Everyone, athlete or not, could use a mental and physical health break now and then. And whether it’s done from the top down, with the coaching staff calling the shots, or from the bottom up, with the players requesting some PTO, more rest can only benefit the Leafs.

At the end of the day, the Leafs are much different than most employers, but they’re still just a bunch of people showing up to do a job. There’s nothing more stressful than trying to come up with an excuse to get some time off work, when really it’s just any number of things getting you down.

The most important rule of having a workplace policy that benefits time off should be worker privacy, where you never have to explain yourself or prove that you deserve a break.

Open communication with your supervisors is important, but shouldn’t be essential particularly for short term absences. If Joe Thornton wants a day off to go watch nature documentaries, the response from the Leafs should be nothing more than, “Go for it, Joe, and we’ll see you Monday.”

Even if they’re professional athletes, the Leafs players are human too, and I’d hazard a guess everyone doesn’t want to share everything they’re up to with their bosses. As long as it’s not a violation of league COVID-19 protocols, there’s not a single Leaf that needs to play all 56 games this season.

Keep your eyes on the prize

Sitting Auston Matthews or Mitch Marner never makes the Leafs a better team in the short term and anyone would be wilfully lying if they told you that. But would you rather have an MVP candidate at 80% of their capacity during a relatively meaningless regular season game or at 100% of their capacity once the playoffs begin?

Matthews already sat this past Saturday while dealing with a wrist issue, but it sounded like he would’ve fought through the same injury if it was a playoff game. The Leafs might’ve missed him a little bit, but they proved they’re a deep enough roster to get by without #34 as they laid down a 4-0 beating on Edmonton.

There is nothing more important to the thesis of being a Toronto Maple Leafs fan than winning the Stanley Cup. Any Leafs fan would tell you they’d live whatever postseason collapse you’d want them to a million times if the Buds were able to end the Stanley Cup drought this season.

The Leafs are in the drivers’ seat to win the North Division, but even if they take a few chances and allow anyone else to catch up and overtake their position, it’ll be well worth the opportunity to ice the healthiest roster possible come postseason time and be all systems go when the games really begin to matter.