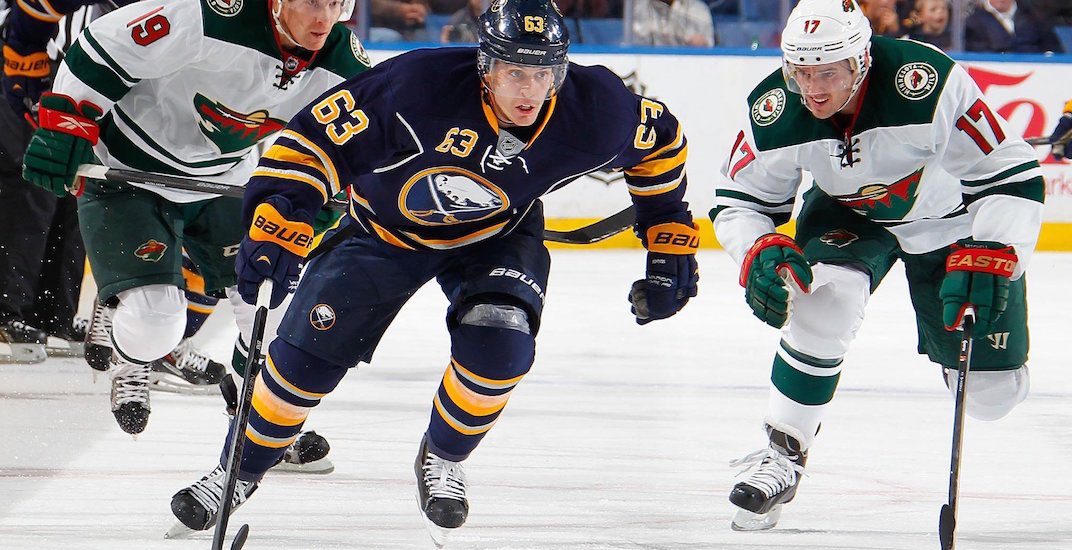 The Toronto Maple Leafs have added another free agent forward, though this one will cost a little bit less than John Tavares.

The Leafs have inked left winger Tyler Ennis to a one-year contract worth $650,000.

Ennis played eight seasons for the Buffalo Sabres before being traded to Minnesota last summer. He’s coming off a disappointing year, with just eight goals and 22 points in 73 games, causing the Wild to buy him out of the final year of his $4.6 million contract.

Listed at 5-foot-9 and 161 pounds, he’s one of the smallest players in the league. Among players that appeared in at least 40 games last season, only seven NHLers are shorter than Ennis. And only Johnny Gaudreau is lighter.

Ennis will provide scoring depth and insurance for the Leafs, who have a lot of fire power at forward. They’ll hope that the 28-year-old can regain the form that saw him score 20+ goals in back-to-back seasons in 2013-14 and 2014-15.