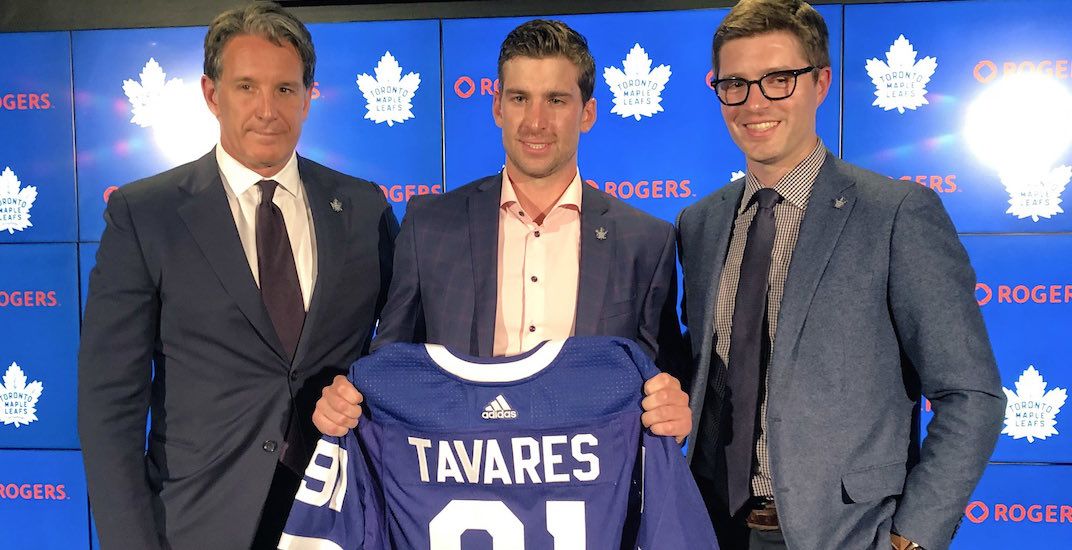 It’s official, the Toronto Maple Leafs are officially the betting favourites to win the Stanley Cup.

Bodog lists the Leafs as the new favourite, ahead of all 30 other NHL teams, with 7-1 odds.

Guess that’s what signing John Tavares in free agency will do to a franchise. Last month, Toronto was among a slew of teams at 10-1, trailing then Cup favourites Tampa Bay.

Tavares, who is arguably the biggest free agent signing in the salary cap era, is clearly a game-changer for Toronto. The Leafs are now the envy of most of the NHL at the centre ice position, boasting Tavares, Auston Matthews, and Nazem Kadri up the middle.

The problem for Toronto, which they may fix before the start of the season, is their depth on defence. But that didn’t seem to bother the oddsmakers much.

Trailing the Leafs are a pair of teams in their own division, in Tampa Bay (9-1) and Boston (19-2). Last year’s Stanley Cup winner, the Washington Capitals, are at 12-1, while the last two teams to lose in the Final – Nashville Predators and Vegas Golden Knights – are listed at 11-1.