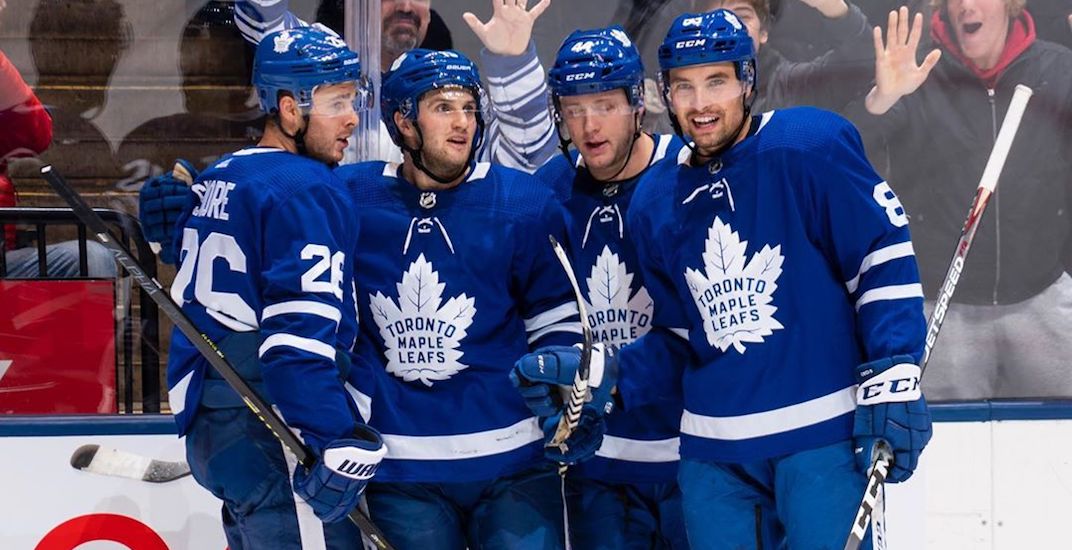 Winners of their last three games, the Toronto Maple Leafs have mostly been just alright to kick off the 2019-20 season.

With an 9-5-3 record in their first 17 games, the Leafs currently sit in third place in the Atlantic Division behind the Boston Bruins and the surging Buffalo Sabres.

With high expectations entering the season, it does still feel like there should be a higher gear coming from the Leafs. A turnover of about one-third of Toronto’s roster isn’t going to come without its hiccups, but after three straight first-round exits it’s understandable that the Leafs fan base has been uneasy about the team to start the year.

Good and bad, here have been the five biggest surprises so far for the Leafs:

After putting up point totals of 57 and 59 points each of the past two seasons in Colorado, Tyson Barrie is a bit off that pace this year, with just five assists through his first 17 games with the Leafs.

Despite playing nearly 22 minutes a night, Barrie hasn’t really had a “wow” moment yet since his acquisition this summer.

In a shade over 40 minutes on the power play this season, he’s picked up just a lone assist. Last year, Barrie put up 23 assists on the Avalanche’s power play, albeit on the team’s top unit.

It’s not for a lack of effort, however. Barrie sits sixth on the team with 39 shots on goal this season, and his 54.8% Corsi-For percentage at even strength is first among all Leaf defenders.

Tied into Barrie’s struggles at the man advantage are a team-wide disappointment on the power play.

With a top unit typically boasting the talents of Auston Matthews, John Tavares, Mitch Marner, and Morgan Rielly, one might expect the opposition to be cowering in fear every time they commit a penalty. But a power play that sits 21st in the league is simply not good enough for a team that should be among the NHL’s best.

Assistant coach Paul McFarland was brought in from Florida and assigned the duties of operating the PP, but a stagnant and predictable setup has mostly grown stale so far.

Thursday night’s goal from Matthews was just the Leafs’ second in their last six games.

Shot of the Night, that goes to Auston Matthews (@AM34).

If the Leafs are looking to contend this season, an improvement on special teams is paramount.

The soup-loving Russian free agent has been maybe the Leafs’ most fun player to watch this season. With four goals and seven assists in his rookie NHL campaign, the 25-year-old has quickly become a fan favourite.

Signed out of the KHL from Avangard Omsk, Ilya Mikheyev has added cheap depth to the Leafs forward group, when little was known about the winger’s potential heading into this season.

With so much focus on the Leafs’ salary cap, Mikheyev’s skillset has been a welcome addition to the roster, at a cost of just $925k this season.

It’s been a weird campaign for the recently-inked Marner.

On pace for another point-per-game campaign, Marner remains one of the game’s most dynamic offensive players. Having hovered just outside the top-10 in league scoring for most of the year, a quick check of the leaderboard would point to the 22-year-old winger having a great season.

But many have expected more from Marner at even strength this season, with just four of his points coming at five-on-five, tied for ninth on the team. Especially after signing a contract worth $10.8 million over the next six years, expectations haven’t quite been met in all facets of his game.

Yet it’s hard to imagine the stretch as anything more than a little blip or a quirk, as Marner had 58 five-on-five points last season.

5. Frederik Andersen’s up and down year

It’s no secret Frederik Andersen didn’t get off to the best of starts, heightened by a 7-3 loss to Tampa Bay in the second week of the season. An .876 save percentage in his first four outings was cause for concern, especially with backup Michael Hutchinson not fairing much better with just a .885 save percentage to date.

Since that night against the Lightning, however, Andersen has yet to lose in regulation, boasting a 7-0-2 record with a .928 save percentage in his last nine starts.

While goaltending performance looked like an issue early in the year, it’s hard to find too many faults with Andersen’s game these days.