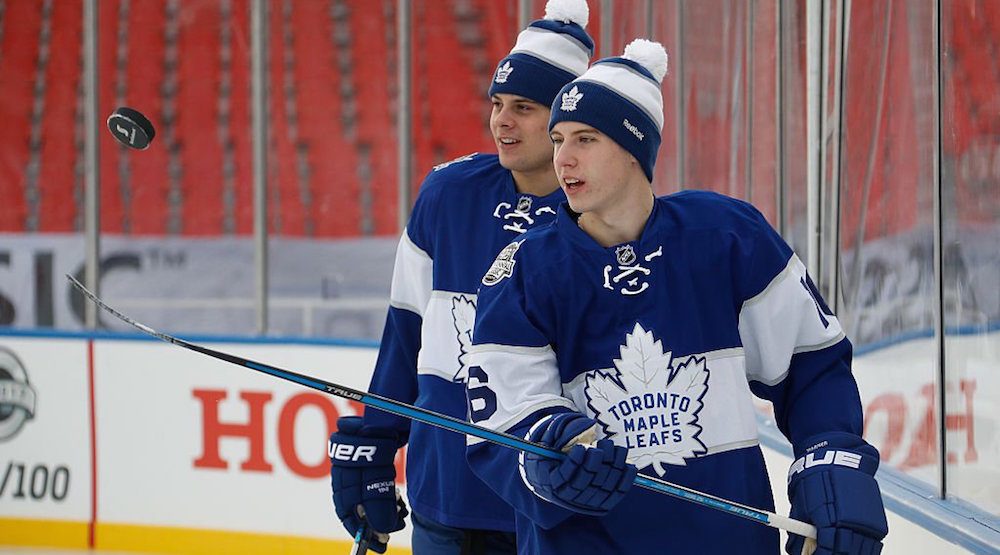 The Leafs super rookies have done it again.

This time it’s Mitch Marner who has been named NHL Rookie of the Month for January. Marner becomes the third different Leafs rookie to get the honour this season, joining William Nylander (October) and Auston Matthews (December).

It’s the first time that a team has had three different Rookie of the Month winners in one season.

Marner led all rookies with 11 assists and 15 points in 13 games in January.

Marner scored at least a point in nine of 13 games, including five multi-point efforts.

The fourth overall pick in the 2015 NHL Draft is tied with Patrik Laine for the rookie lead in scoring this season with 41 points, and is in first in assists with 29.