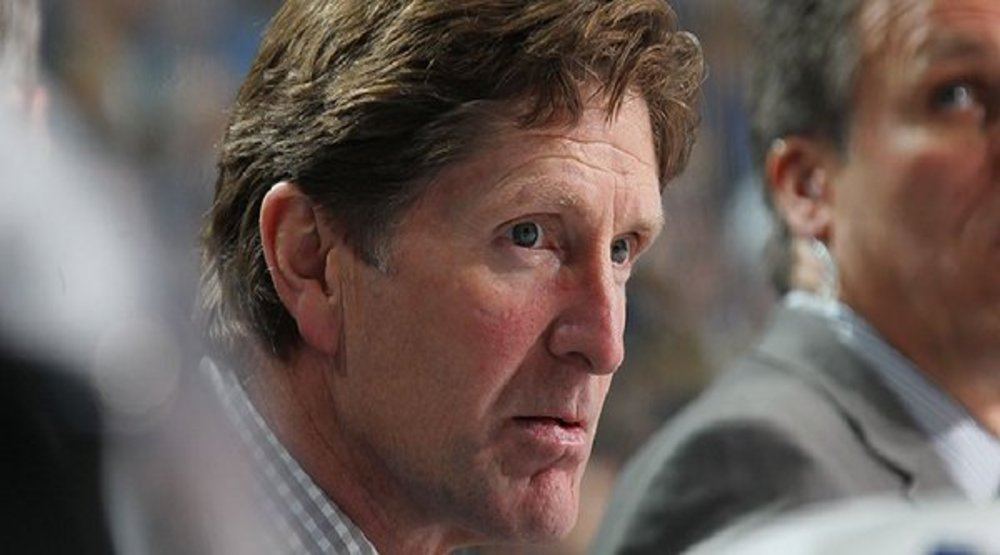 With a $50 million contract, he’s the Maple Leafs’ most expensive asset, and considering his unparalleled influence behind the bench, it seems obvious.

Mike Babcock should be the Leafs’ next captain.

And as Babcock said himself in his first press conference with the team, Shanahan was looking for a guy ready to “put Canada’s team back on the map.” Sure enough, it’s been almost two years since that press conference and Toronto is playing some of its best hockey in over a decade.

But winning is nothing new for Babcock, having led the Red Wings to the playoffs in each of his 10 seasons with the team, and winning the Stanley Cup in 2008. He also coached Canada to two Olympic gold medals and a World Championship, making him the only coach to win hockey’s top two international titles along with the Stanley Cup.

And if these accolades prove anything, it’s that Toronto’s bench boss can lead like no other. Captains guide by example, go out of their way to improve all teammates, and are the most knowledgeable of the game. They take on the responsibility of team performance, are effective communicators, and some might say the team belongs to them.

All of hockey’s greatest captains – both past and present – have these qualities, but who’s to say they need to be between the boards, rather than behind them? Babcock is one of the greatest (and most humble) hockey minds in NHL history, epitomizing everything Toronto needs at this very moment.

No one on Toronto’s current roster – not even blue chip defender Morgan Rielly or superstar centre Auston Matthews – are ready to lead “Canada’s team” just yet. The responsibility is huge, and while either one could be ready one day soon, Babcock is capable filling the void until then.

And similar to all great captains, Babcock is locked in long term.

For example, despite rumours of moving this past summer, Steven Stamkos re-signed with Tampa for another eight years. Or looking ahead, impending UFA John Tavares has already stifled Toronto rumours, saying he hopes to stay in Brooklyn.

The 53-year-old knew what he was signing up for when he put pen to paper on his eight-year contract with Toronto, and with over six years remaining there’s still lots of work ahead for this young franchise.

“I’m looking forward to the process, the battle, the pain, the fun and the journey,” Babcock told the CBC shortly after signing on. “It’s gonna be a long one, but it’s gonna be a lot of fun.”

Though despite the work ahead the Leafs are exceeding expectations this season, there’s no doubt about it. The forward lines are clicking, the defence is sharp, and the goaltenders are keeping pucks out that would have been sure-goals a year ago.

Yes the Leafs have top tier skaters in Mitch Marner and Matthews, and yes Frederik Andersen is an improvement over Bernier, but success begins from the top down, and Babcock knows talent can only get you so far.

Instead, it’s Babcock’s stress on good human beings – and how this translates to great play out on the ice – that sets him apart from the rest.

Babcock is a great coach – just look at the numbers – but he’s an even better person, and that’s the kind of individual you want to have leading your team.

Besides, isn’t that who a captain’s supposed to be anyway?