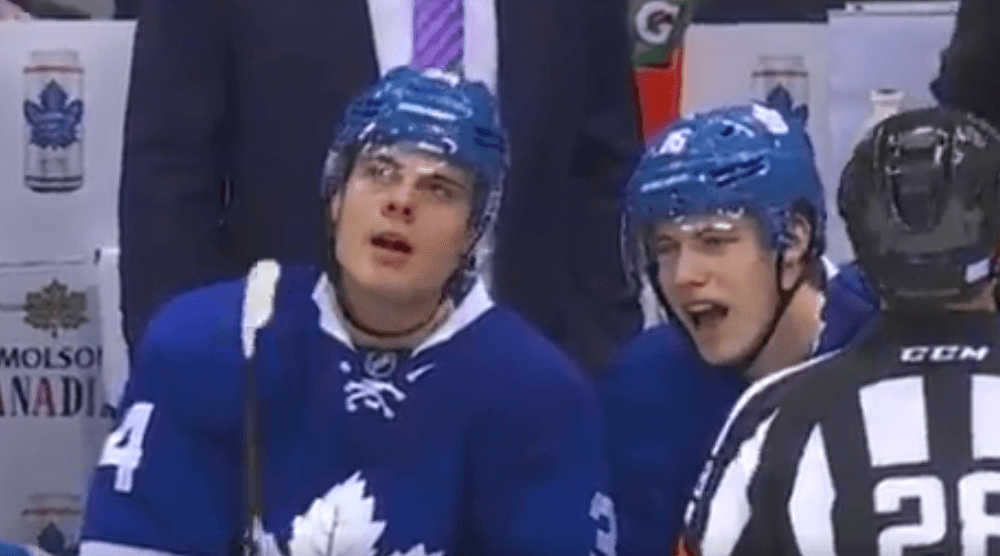 Auston Matthews and Mitch Marner are teenagers in the NHL and loving life. The 18 and 19-year-old rookies are playing great, and on Saturday night they helped the Leafs win their third game in a row.

During a stoppage in play in the third period against the Canucks, cameras caught Matthews and Marner singing to Livin’ on a Prayer.

Fourth liners and goalies are fighting each other, and all Auston Matthews and Mitch Marner want to do is sing some Bon Jovi together pic.twitter.com/hSBFpoKLWm