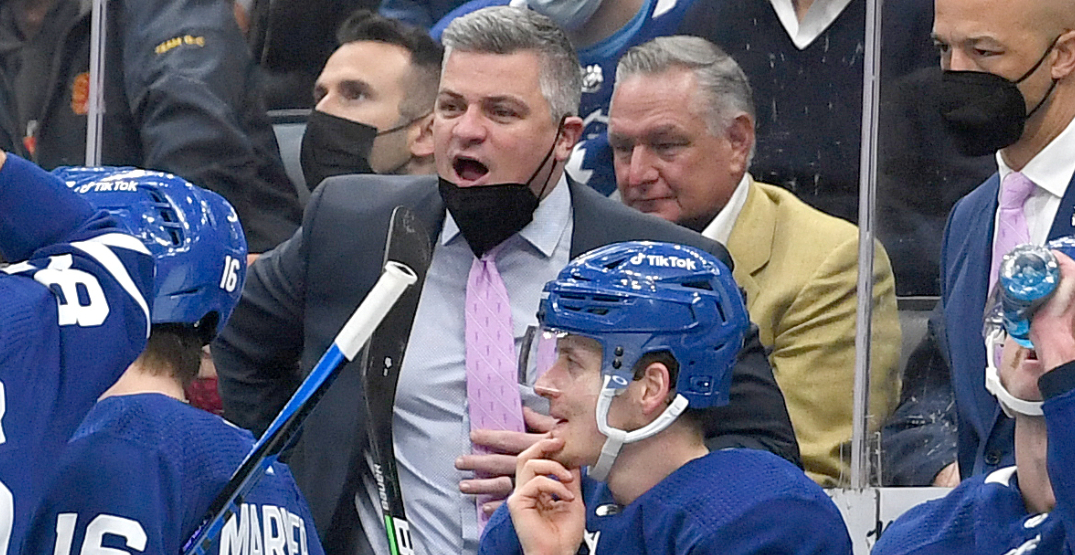 The Toronto Maple Leafs will have home-ice advantage in the first round of the Stanley Cup Playoffs, and coach Sheldon Keefe is hoping the extra energy gives the home side a bit of a boost in the early going.

He’s seen what the city’s fanbase can do for a club.

He’s seen the Toronto Raptors make a push, after all.

“You see the support the Raptors have gotten through their runs and everything like that. I haven’t lived that myself yet here. We have a number of players who have. But to have that is important, especially with the fact that we were in control of it. That’s what I liked. We were in control of the situation, and we took care of it to make sure we got it done.”

Toronto’s already been buzzing with the success of Jurassic Park — the outdoor watch party for the Raptors’ playoff games at Maple Leaf square. The party became legendary during the Raptors’ run to an NBA Championship in 2019 and continues to be a rally point for the team.

Keefe would like to see the same rally around his Maple Leafs.

“I am excited about it,” Keefe said after his club locked in home ice with a 3-0 shutout win against the Detroit Red Wings on Tuesday.

“To start playoffs with fans on our side…you can see tonight how excited they are for our team. And we are going to need them. It is going to be a battle here. It is still not decided who we are playing, but no matter who it is, it is going to be an absolute battle.

“We are going to need that edge.”

Officially, Toronto locked itself into second in the Atlantic Division by reaching 113 points by way of a 53-21-7 record. It almost assuredly puts them on a crash course with the two-time defending Stanley Cup Champion Tampa Bay Lightning.

Failing that, it’ll be the Boston Bruins they draw.

Either result puts home ice at a premium in the to-be-determined best-of-7 series.

It should also get the excitement level up.

Hopefully, according to Keefe, to Raptor-like levels.

“To start that way and give us an opportunity to play in front of our fans…we were in control of the situation, and we took care of it today,” he said.

“I am happy for our guys that way.”