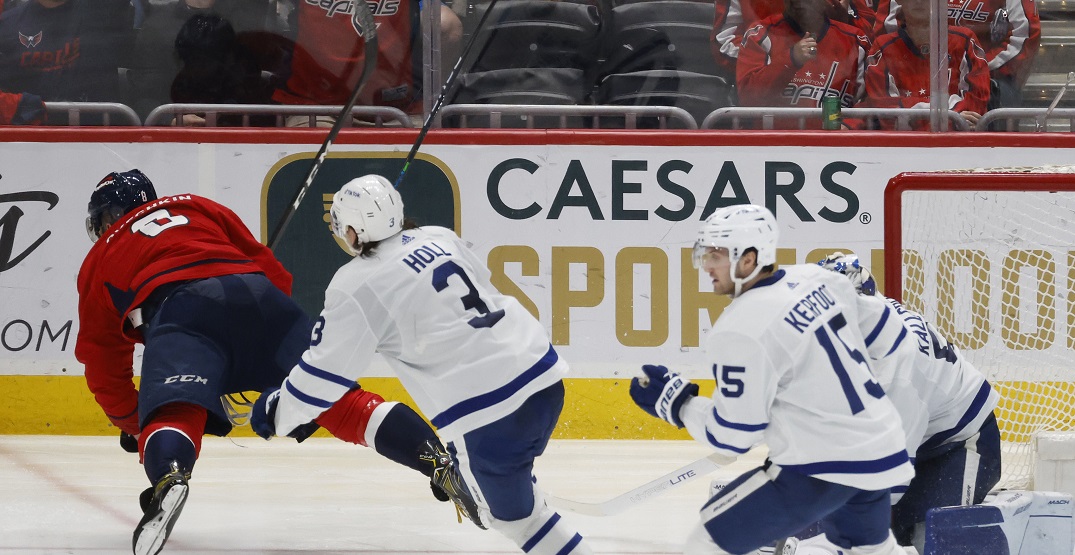 Toronto Maple Leafs goalie Erik Källgren found himself the target of some scrutiny after a play that injured Washington Capitals forward Alexander Ovechkin on Sunday night.

With Ovechkin on a breakaway, the Capitals star tripped over Källgren’s stick and crashed into the end boards behind the net.

Ovechkin left the ice after the incident and did not return for the rest of the game.

“I think he skated into my stick and tripped on it. It was not my intention to trip him,” Källgren told reporters about the play. “I hope he’s well.”

Ovechkin exited the game after 14 shifts and 14:41 of ice time. He is currently in the midst of a 50-goal, 90-point campaign, his highest point total since 2009-10, when he finished second in Hart Trophy voting.

Capitals PR listed Ovechkin as “day-to-day” with an upper-body injury on Monday morning.

#Caps captain Alex Ovechkin sustained an upper-body injury on Sunday versus Toronto and is listed as day-to-day.

“I’ve never met anyone tougher than that guy,” Capitals teammate T.J. Oshie said postgame, per The Athletic’s Tarik El-Bashir. “We all hope he’s fine. I just talked to him, and I think he’ll be all right.”

Källgren and the Leafs came through for a 4-3 victory in the shootout.